Last year we worked with local graphic designer Bill Watterson to come up with a poster design identifying all of the local species of salmon we see in BC. It was part of a fundraising campaign we initiated for the Pacific Salmon Foundation which raised a few thousand dollars for conservation and education, and the posters have since been distributed to numerous groups around the province (you can buy one HERE for $10).

The fall is when the salmon start running and people start turning to the rivers to fish and simply to watch these creatures make their final journey. HERE is a guide to 8 rivers where you can see them.

Below are the 5 images that Bill illustrated of each species, along with some of the key traits of each of them. Note that they are represented here in their spawning phase, once they've reached their rivers after a long life in the ocean. The PSF works to make sure more of them make it to this phase in their life, so we can continue to enjoy salmon as a resource in BC for generations to come.

Chums can weigh up to 10 kg and spawn in the lower reaches of most coastal streams and rivers. Spawning Chums have a dark horizon- tal stripe running down their sides. Males have canine-like teeth and a checkerboard colouration. 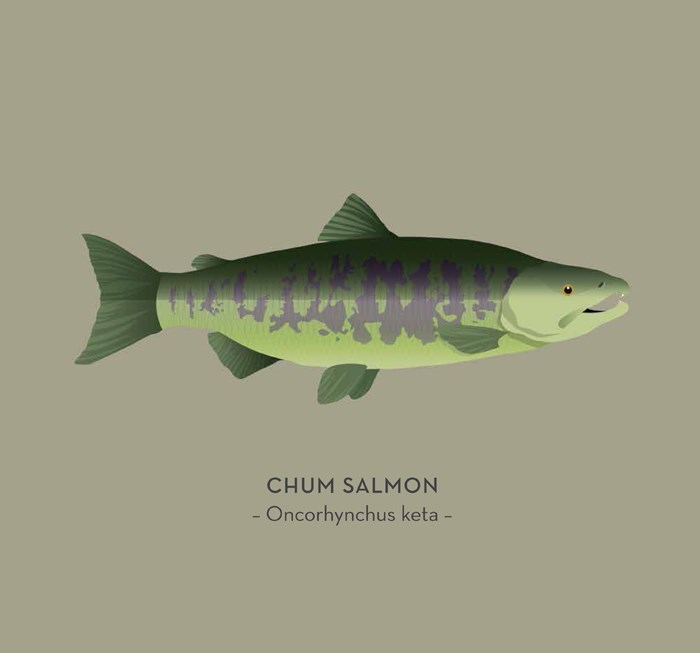 A medium-sized salmon, ocean-going Sockeye are silver/blue in colour, with small black speckles along the body. As Sockeye approach their home stream, their bodies turn varying shades of red. In most cases, resulting in brilliant scarlet bodies with a bright green head.

FAST FACT: Sockeye salmon are the only species that are bright red when canned. 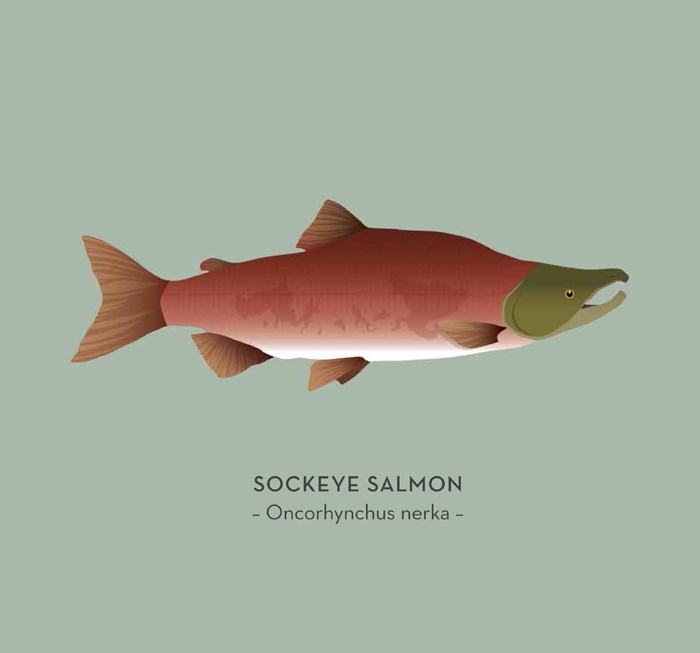 Pinks are the smallest of the Pacific salmon and weigh up to 3 kg. Pinks feed on zooplankton and krill, which gives the flesh a pink colour. Mature males develop a large humped back. They also have large oval black spots on the back of the body and on both lobes of the tail fin. 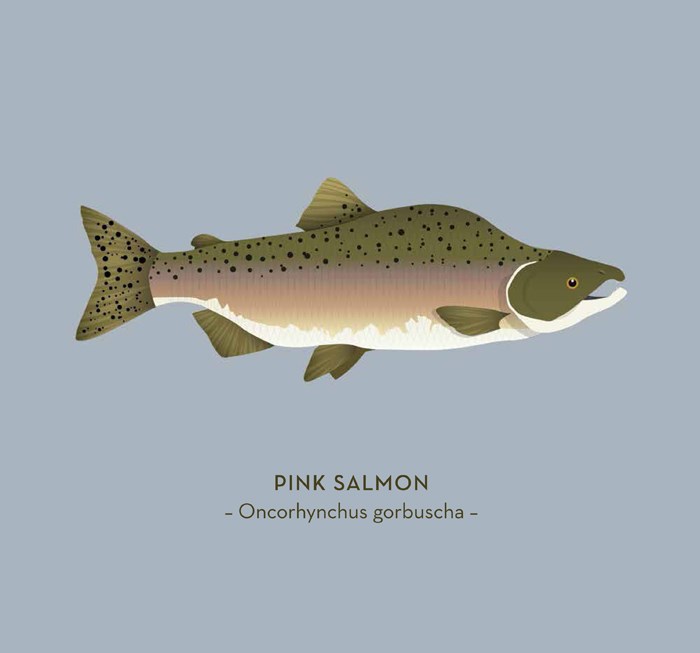 These are the largest of the Pacific salmon and usually weigh up to 50 kg. The flesh of adults can range in colour from white to deep red. Chinooks have a dark mouth and black gums at the base of the teeth. They also have a V-shaped, silver tail that can be covered with spots. 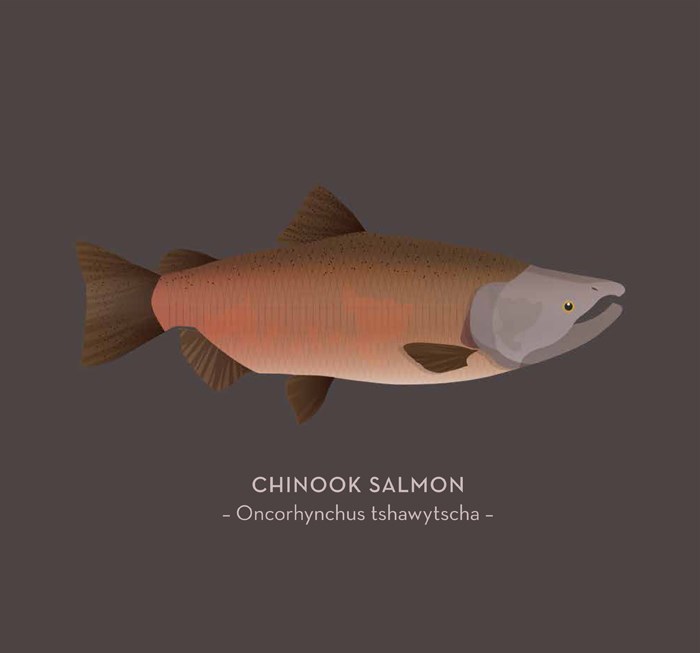 There are more populations of Coho than any other Pacific salmon species in B.C. While Coho weigh on average around 3.6 kg, they can reach 16 kg. Renowned for their aggressive strikes at prey, they are a favorite for recreational fisheries.

FAST FACT: Found in many small streams, Coho are the most widely distributed of all Pacific salmon. 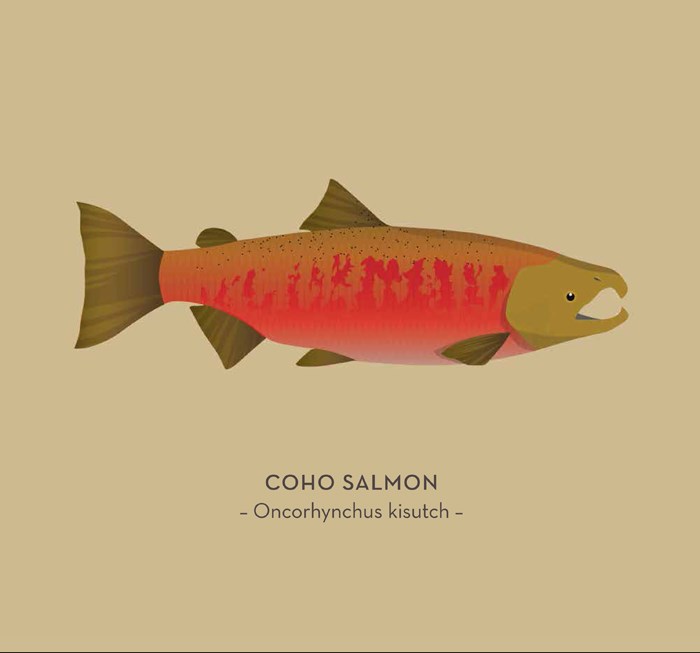