As Garibaldi At Squamish (GAS) continues to pitch a four-season mountain resort on Brohm Ridge, its vice-president of planning, Rod MacLeod, presented the latest details to Squamish residents.
The Squamish Chief Feb 12, 2019 10:20 AM

As Garibaldi At Squamish (GAS) continues to pitch a four-season mountain resort on Brohm Ridge, its vice-president of planning, Rod MacLeod, presented the latest details to Squamish residents on Feb. 6.

The resort itself has yet to be named. MacLeod said that the Squamish Nation will likely play a role in naming the resort.

An anticipated 5,000 jobs will be created for construction, with 4,000 annually for build-out. MacLeod said the resort has committed jobs and training for members of the Squamish Nation, and will have elders identify historic herb gathering areas for protection. 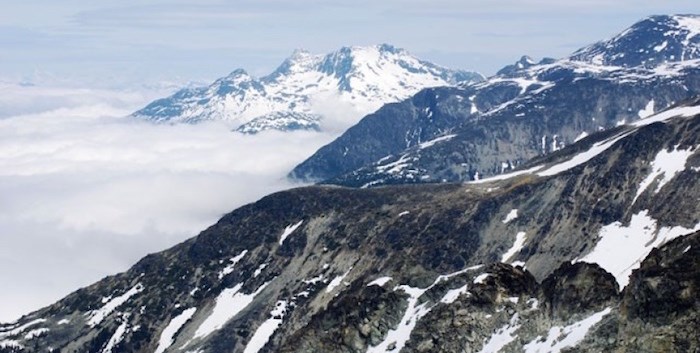 There may be potential for Squamish Nation-led tours, he said.

Gravity Logic, the same company behind Whistler's Mountain Bike Park, has been hired to do a mountain bike feasibility study and high-level plan for the mountain biking trails.

"The potential here is to design mountain biking into the resort right from the beginning, as opposed to having it as an add-on," MacLeod said, adding that chairlifts will be designed to handle both bikes and snow gear.

The version of the draft presented by MacLeod would see the ski runs on the north side of Brohm peak (but not on the spine of the ridge, which is winter mountain goat habitat). By phase four of the project, which could be between 30 and 50 years away, there could be 20,000 beds at the resort's accommodations. Even then, the resort would be smaller than Blackcomb and Revelstoke, although bigger than Cypress, MacLeod said.

First, GAS would build its gondola and some accommodation based on the uphill capacity, in accordance with provincial resort standards. Planners with the project are meeting with highway authorities about placement of an interchange, approximately 10 kilometres from downtown Squamish, followed by another 10 kilometres to the resort at nearly 1,100 metres elevation.

The timeline, MacLeod said, "depends entirely on how the public and the market perceives this resort and buys into it, literally and figuratively.

"We're only five years away from opening, is the hope, if everything falls into place. We're building good momentum, so we're pretty confident it's going to start happening."

While GAS has received its Environmental Assessment Certificate, the company has 40 conditions to meet, as well as local governmental approval and First Nations consultation to complete.

However, GAS requested a three-year extension in Sept. 2018 for seven conditions of its environmental assessment certificate. Although the deadline for granting an extension, originally Jan. 26, has passed, the Environmental Assessment Office expects to decide in the next few weeks, David Karn, with the Ministry of Environment and Climate Change Strategy, told The Chief in an email.

As for water supply, the Environmental Assessment Office has approved sourcing water from Paradise Valley. GAS will have more studies to do to ensure the creeks, some home to salmon habitat, will not be impacted. They might also explore drilling wells on the mountain.

As MacLeod showed photos taken of the view from the proposed gondola and restaurant, someone in the crowd let out an appreciative whistle.

"That's as long and steep as anything on Whistler Blackcomb," MacLeod said, pointing to the peak. "That's a big, big lift. Steep terrain, north facing. The snow is going to blow over the top of the ridge here and deposit in here. It's going to be the place to go for powder skiing."

One big step for the resort going forward is up to the District of Squamish. GAS is asking council to consider expanding the municipality's boundary to include the resort. The province requires six steps for a municipal boundary change: local government contacting the ministry, process design, process initiation, community engagement, local electoral decision, and adapting to the new structure.

"We think the best for local government would be for the District of Squamish to expand its boundary and take in the base area and be the local government so Squamish gets the taxation benefits and gets the other benefits of the resort, plus has a say in how the resort is developing," MacLeod said. "We'll be going to council, we hope, as soon as the budget process is done to present to them, ask them to allocate staff time to start work on moving toward a boundary extension."

Around 30 people were at the Feb. 6 presentation. During the question period, they asked about snowmobile access, highway congestion and how retail at the resort could affect Squamish businesses.

While the project has met with members of the Black Tusk Snowmobile Club, MacLeod said it is too dangerous for snowmobilers, skiers and snowboarders to share the same area.

He said the resort village will include retail, accommodation, restaurants and an adventure desk for booking tours with Squamish guides and outfitters.

How that will affect Squamish retailers, MacLeod said, he anticipates a cluster effect.

"I think the downtown business will be booming just with the people who live here. On top of that, we're going to bringing in a ton more people from Vancouver and potentially international visitors. It ought to make it all better," he said. "Squamish is busy right now for two, three, four months of the year. We're going to be in that opposite part of the year, bringing more people here in the winter time."