Vancouver is often lauded for its natural beauty, but it could also become known for its vibrant natural areas as well. The Vancouver Park Board unanimously passed its new Biodiversity Strategy last week.
0
Feb 7, 2016 10:23 PM By: Sarah Primeau

Vancouver is often lauded for its natural beauty, but it could also become known for its vibrant natural areas as well. The Vancouver Park Board unanimously passed its new Biodiversity Strategy last week. It hopes to encourage more action to make our natural areas better homes for the beavers, salmon, herons, whales, and other wild creatures we love to see in the City. 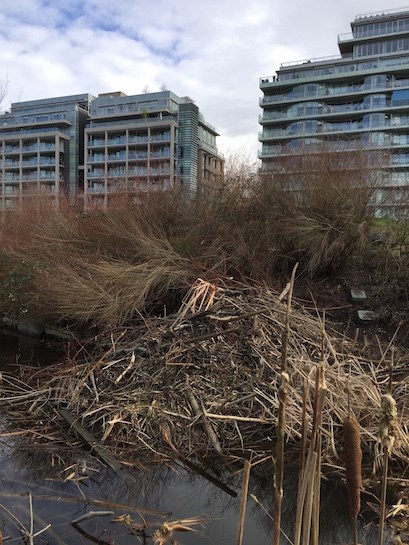 A pair of beavers have settled in to the Olympic Village neighbourhood. The Park Board has no plans to remove them.

How does the Strategy propose to do this? There are 10 priority actions identified. These include improving the quality of habitats across the City, and creating more of them. Removing harmful invasive species like Himalayan blackberry, English Ivy and Japanese Knotweed is also a priority. The Strategy also hopes to inspire each of us to create a patch of habitat on the properties we rent or own - for example, sow a pollinator meadow, dig a rain garden, or plant berry shrubs for birds.

The City also recognizes that some newly-created wild(ish) places, like green roofs and constructed waterways, can also help the City’s wildlife. For example, Creekway Park is a stream that is fed by the City’s stormwater. It provides habitat and also cleans the water before it enters the Burrard Inlet. Once approved, a new salt marsh at New Brighton Park will be another important piece of bringing back some of the nature that we’ve lost over the years.