Tubing banned on popular B.C. river this summer due to COVID-19 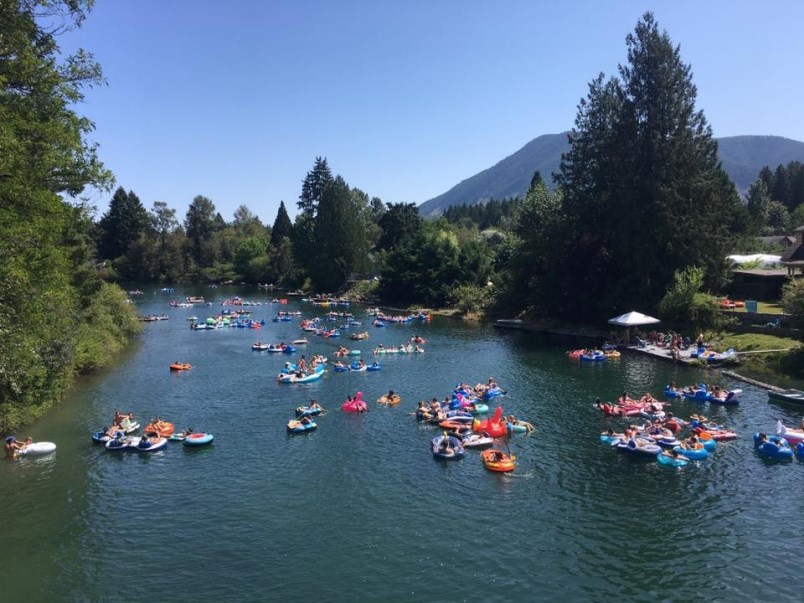 Tubing has been banned on Lake Cowichan and on the Cowichan River this summer to help combat the pandemic by discouraging the thousands of visitors who show up annually for an adventure on the water.

Lake Cowichan council voted unanimously to ban tubing because of the large number of people who crowd together on land while waiting for their turn, Mayor Rod Peters said Tuesday.

“We decided to do it this time so that the tubing companies would have time to do what they have to do in order to get funds from the provincial government or whatever,” Peters said.

Roberts has spoken to Outdoor Recreation and Kayaking Adventures and the Tube Shack, the two local tube rental companies. City officials will assist them in applying for aid from senior government.

“The problem is not with the number of people on the river tubing — it’s the number of the people that are going to be congregating right in the downtown by Saywell Park” at the foot of the lake where the Cowichan River begins, he said.

There is little room for parking and little room for people at that particular site, which is where tube rentals are normally offered, he said. “So that’s where social distancing would be a major problem.”

Lake Cowichan, with a population of slightly more than 3,000, normally attracts visitors every summer for camping and water sports. Its historic river is world famous for its trout and salmon fishing.

The new no-tubing rule, applying to commercial and recreational tubers alike, is one part of a shut-down of the local tourism sector. Campgrounds are closed as well.

“If we stop the tubing altogether, then the people will stay away rather than come into town with their own tubes or whatever,” Peters said, noting that he’s received strong support from area residents.

Signs are going up and municipal bylaw officers and RCMP will monitor the ban on land, Peters said. Once people are on the river, that becomes the jurisdiction of Fisheries and Oceans Canada and the B.C. Ministry of Forests, he said.

Peters said that council still has to approve a fine amount for anyone breaking the new rule.

Ryan Maizis, who owns the eight-year-old Outdoor Recreation and Kayaking Adventures with his brother and father, said protecting everyone’s health and safety is the most important goal.

Prior to council’s vote, the family had been discussing the situation and wondering what it might mean for their operation, he said.

On busy weekends, 300 to 400 people may rent tubes. They depart from one location and are picked up down river in one of three vans or buses, which carry between 10 and 14 people each.

Another challenge would be sanitizing rental equipment after each use, he said.

It is too early to say how the entire business will be affected. Tubing is the company’s “bread and butter,” Mazis said.

He is waiting for clarification from city council whether other rentals that company offers, such as stand-up paddle boards and kayaks, will be included in the ban.

You can be right on the edge of wilderness at this STUNNING lodge along the Sunshine Coast
Jul 15, 2020 9:00 AM