“We are the youth. We are rising.”

One year ago today, Vancouver saw its first climate strike protest. About 20 students gathered at city hall without much fanfare. Today, tens of thousands participated — young, old and everyone in between — calling for all levels of government to take action on climate change. 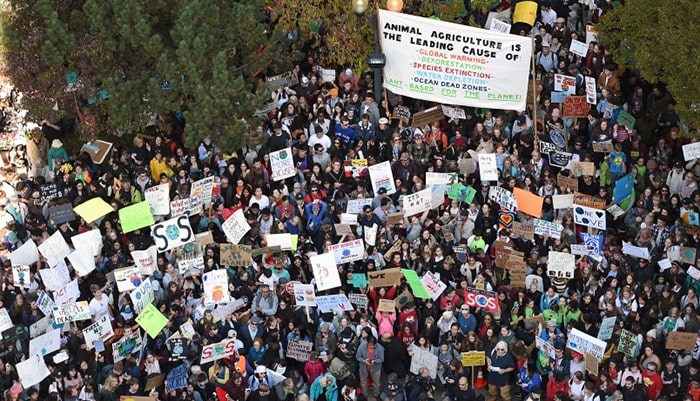 It was organized by Sustainabiliteens Vancouver, a group of teens from across Metro Vancouver who are part of the international #fridaysforfuture and #climatestrike movement. The movement was inspired by Swedish teen climate activist Greta Thunberg, who started the movement in August 2018. 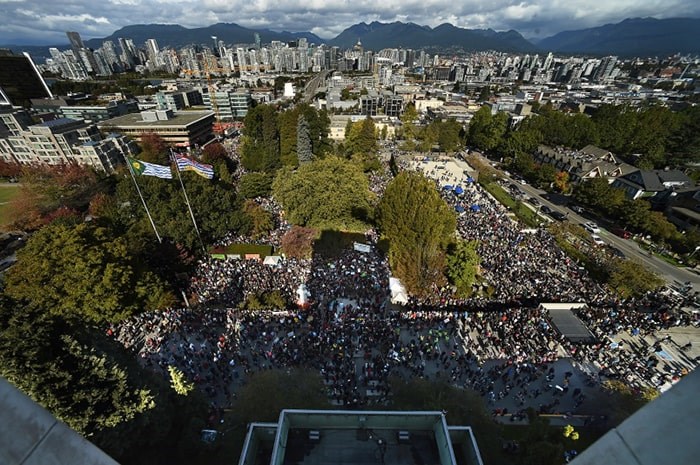 “We’re at a really important time. I think that there’s no turning back. I think that the climate deniers are in power and we need to show that we are not in agreement with all of the policies in place, especially Trump and his policies,” she said. “I brought my son because I wanted him to engage in the movement and to understand what’s at stake.”

“I think we’ve both been feeling pretty frustrated as of late. Frustrated about lack of action of all parts,” said Zazzara-Yu.

“We both studied earth science so I think we have an idea of just how mad it’s going to be,” added McCarter. “What the reality is.” 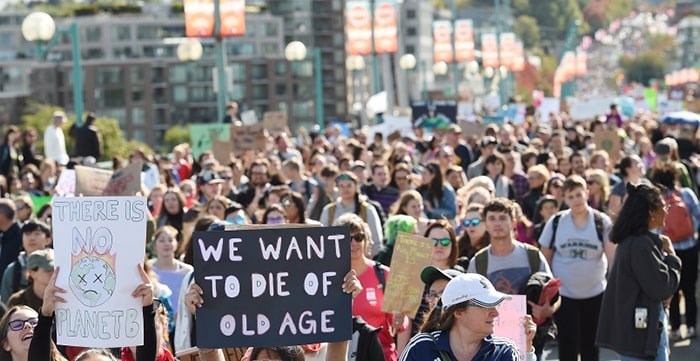 Zazzara-Yu said they both felt a need to take action.

“This is a pivotal moment and I think we’ll look back on this moment as we didn’t do enough so I think every bit counts,” McCarter said.

“It’s a really good atmosphere,” she added about the Sept. 27 rally. “It’s just nice to see all kinds of people here.”

The rally in Vancouver was one of many Global Climate Strike events across Canada. Thunberg, who has been touring the world and made headlines earlier this week for her impassioned speech to world leaders at the United Nations, led the charge in Montreal with an estimated 500,000 people.

Friday’s event also marked the culmination of a week of action against climate change that included a “die-in” in downtown Sept. 20.

B.C. Premier John Horgan, who was in Vancouver Friday for the Union of B.C. Municipalities conference at the Vancouver Convention Centre, said he was “delighted to see so many young people coming together to make their voices heard.

“I encourage them to continue to say to adults that the world is in their hands today and we need to do a better job.”

“One year ago, Swedish teenager Greta Thunberg began a movement that has only grown more powerful as we continue to see the effects of climate change all around us,” he said. “This past week, we’ve seen millions young people and others around the world speaking out for their future.

“We all have a responsibility to rise to the challenge and take meaningful action today.”

B.C. conservation officers handed out hundreds of fines and evictions over May long weekend
May 22, 2020 7:16 AM