What does Lance Armstrong have to do with fishing at Alouette Lake?

A few weeks back you might remember my POST about fishing at Brohm Lake, where my friend Rob fell in and ruined his cellphone and his iPod? This was on the heels of our trip to Jones Lake where he got BIT by a crayfish.

A few weeks back you might remember my POST about fishing at Brohm Lake, where my friend Rob fell in and ruined his cellphone and his iPod? This was on the heels of our trip to Jones Lake where he got BIT by a crayfish. Rob's luck hasn't been the best on the adventures we've been on but a couple weeks back his luck changed, with help from Lance Armstrong (yes, that Lance Armstrong) and a courier that showed up at my office. We'll get to that later. First, the fishing!

A couple of weekends back we were looking for a place we'd never fished before so we trolled (pun intended, as always) over to the Freshwater Fisheries WEB SITE and found this piece of information:

Deciphered it says that on October 5th of 2010 Alouette Lake in Maple Ridge was stocked with a total of 5,145 Cutthroat Trout, ready to catch! It didn't take us long to decide where we were heading.

And at a mere 55KM from Mt Pleasant, it wasn't long before we were reeling em in! Although they were all around the same size as the one Rob's got here we did manage to get one keeper that Rob ended up turning into this TROUT MELT SANDWICH. 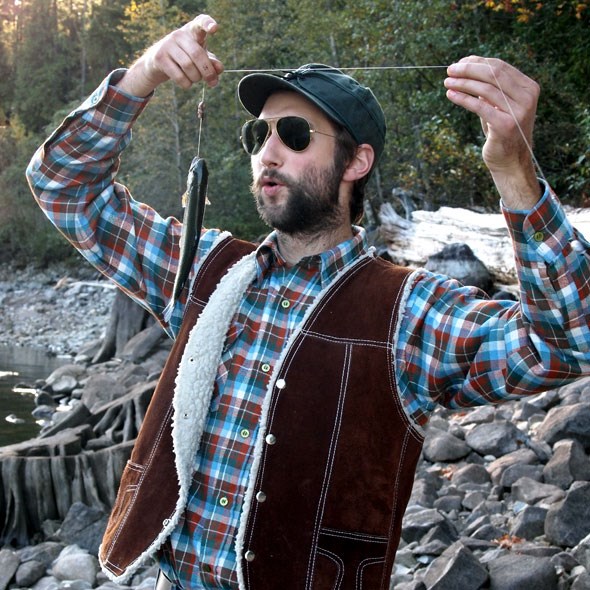 Now how does Lance Armstrong figure into all of this, you wonder? Well, as you recall, Rob's iPod was toast after he fell into the lake on our last outing, and I was looking for a replacement for him, and then Nike Canada sent us a package about the new Livestrong collection that's available in Canada... and by some coincidence they included a yellow Livestrong iPod in it! So of course I gave it to Rob, and of course he now brings it with us on our fishing trips to plug into our speaker unit thing pictured below. 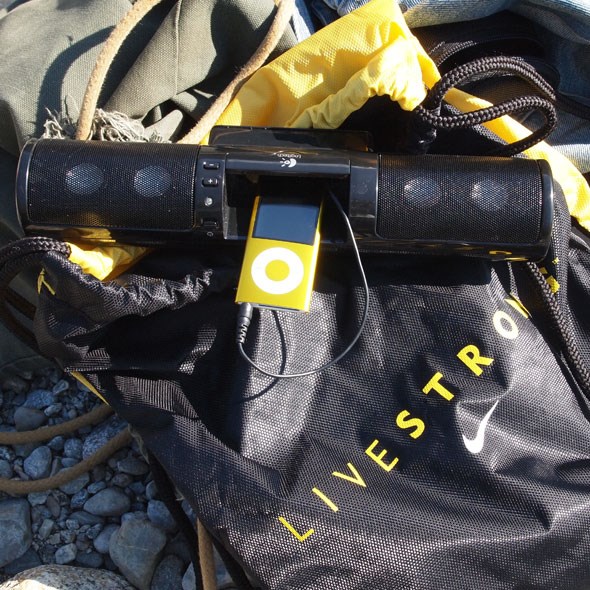 Here's some of the men's Livestrong collection that's available right now. They're into their second season here in Canada and of course Nike is helping to raise awareness and raise money for cancer research with this line. 80 million dollars is what they've been able to raise with the Livestrong brand so far since introducing the line in the states in 2004, and with it's recent introduction to Canada that number will hopefully keep growing. It's available at Sport Chek and at all of the Nike stores in the Lower Mainland. 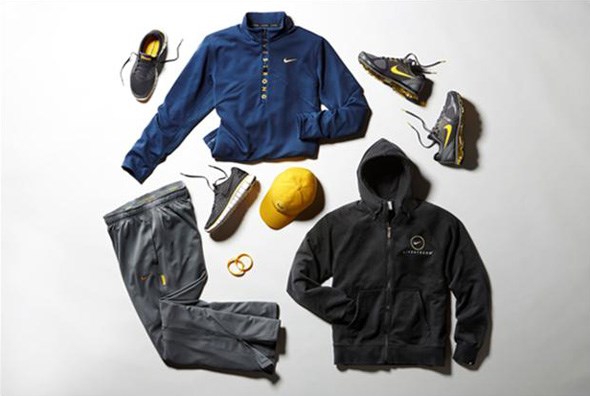