Ever wonder why fish leap out of water? A pair of Simon Fraser University researchers think they know why – they just want to shake it off.
Aug 10, 2018 2:03 PM By: Burnaby Now

Ever wonder why fish leap out of water?

A pair of Simon Fraser University researchers think they know why – they just want to shake it off. 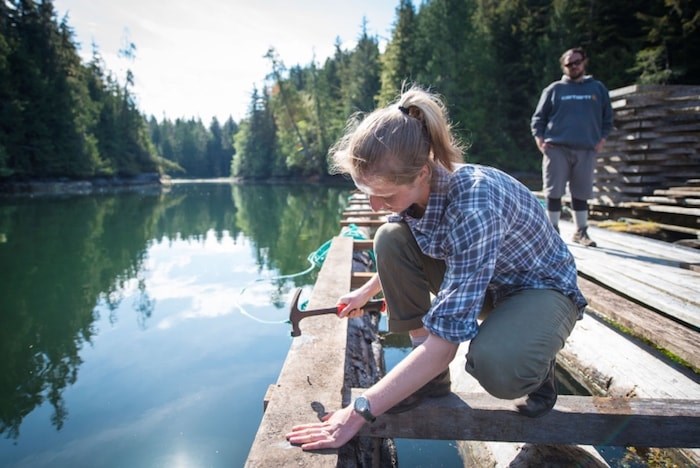 A study by aquatic ecologists Emma Atkinson and John Reynolds reveals that young salmon may jump out of water to remove sea lice.

"Ideas about why fish leap include getting over obstacles during their upstream migration as adults, catching food and avoiding predators," said Atkinson.

"However, these reasons may not apply to young salmon since their diet is composed almost exclusively of underwater zooplankton and their tendency is to scatter rather than leap when escaping from predators."

Atkinson hypothesized that the leaping behaviour could be the fish’s way of removing parasitic sea lice, which is a common condition for wild and penned salmon off the B.C. coast. Heavy sea-louse infestation is correlated with reduced growth, impaired swimming and competitive foraging ability for young salmon.

To test her hypothesis, Atkinson and her team caught wild juvenile sockeye salmon during their coastal migration away from the Fraser River. They held the fish in flow-through net-pen enclosures, half of which were covered with netting to prevent leaping and the other half were left uncovered to allow leaping. After three days, the team counted the lice on each fish.

The researchers also found that it may take more than 50 leaps for a young salmon to dislodge a sea lice, which Atkinson acknowledges is a substantial amount of energy to expend. She says these costs may be offset by the benefits of successfully removing sea lice, but will have to be investigated in another study.