There could soon be a rise – literally – in wooden residential buildings across the province, after the B.C. government announced changes to the provincial Building Code to allow for mass timber structures of up to 12 storeys, up from the previous limit of six storeys.
Joannah Connolly Mar 13, 2019 1:18 PM 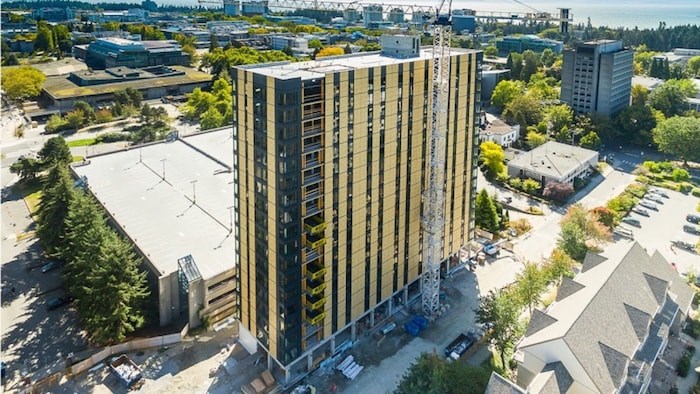 But there are only a few B.C. examples of wooden buildings over six storeys. UBC’s Brock Commons student housing is a pilot 18-storey residential building constructed out of mass timber. According to the B.C. government, the estimated carbon benefit from the wood used in the Brock Commons building was equivalent to taking 511 cars off the road for a year.