"These skyscrapers will darken the neighbourhood, block mountain views and gentrify a much loved and modest-income community."
Mar 26, 2021 5:04 PM By: Elana Shepert 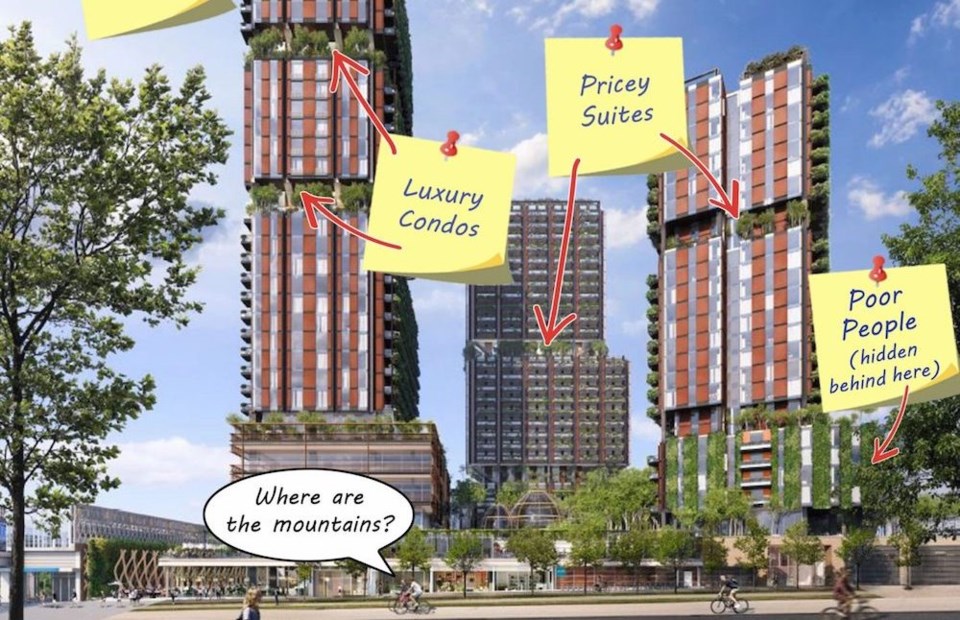 "A dream for developers, but not for ordinary people."

A group of concerned locals says a proposed development for luxury megatowers in East Vancouver would have a detrimental impact on local communities.

A grassroots group has formed under the banner “No Megatowers at Safeway” to fight the development bordering the Broadway and Commercial SkyTrain station precinct.

The group warns that the proposal is "dangerous" to local affordability and community opposition is growing.

The proposal consists of three towers, soaring the equivalent of 39, 34 and 30 residential storeys over a sprawling large-format grocery store. The current site is owned by Crombie REIT, an investment vehicle trading on the TSX.

The proposal includes 688 high-end condo and rental suites, with only 37 units slated for non-market housing.

Photo via No Megatowers at Safeway

"These skyscrapers will darken the neighbourhood."

The No Megatowers group says the proposal “will have a devastating effect on the neighbouring Commercial Drive and Cedar Cottage communities" and will not "ease the affordable housing crisis in Vancouver."

Instead, the group argues it would put "upward pressure on local land prices, business taxes and existing affordable rental housing in the area." And while they support densification around transit hubs, this proposal "is an affront to the much-loved character and vibrancy of the low-rise, local neighbourhood and streetscapes."

Local residents have handed out 3500 leaflets and started a petition, which has gathered almost 1500 signatures.  The campaign includes letters and phone calls of concern to Mayor Kennedy Stewart and council members.

"These skyscrapers will darken the neighbourhood, block mountain views and gentrify a much loved and modest-income community." 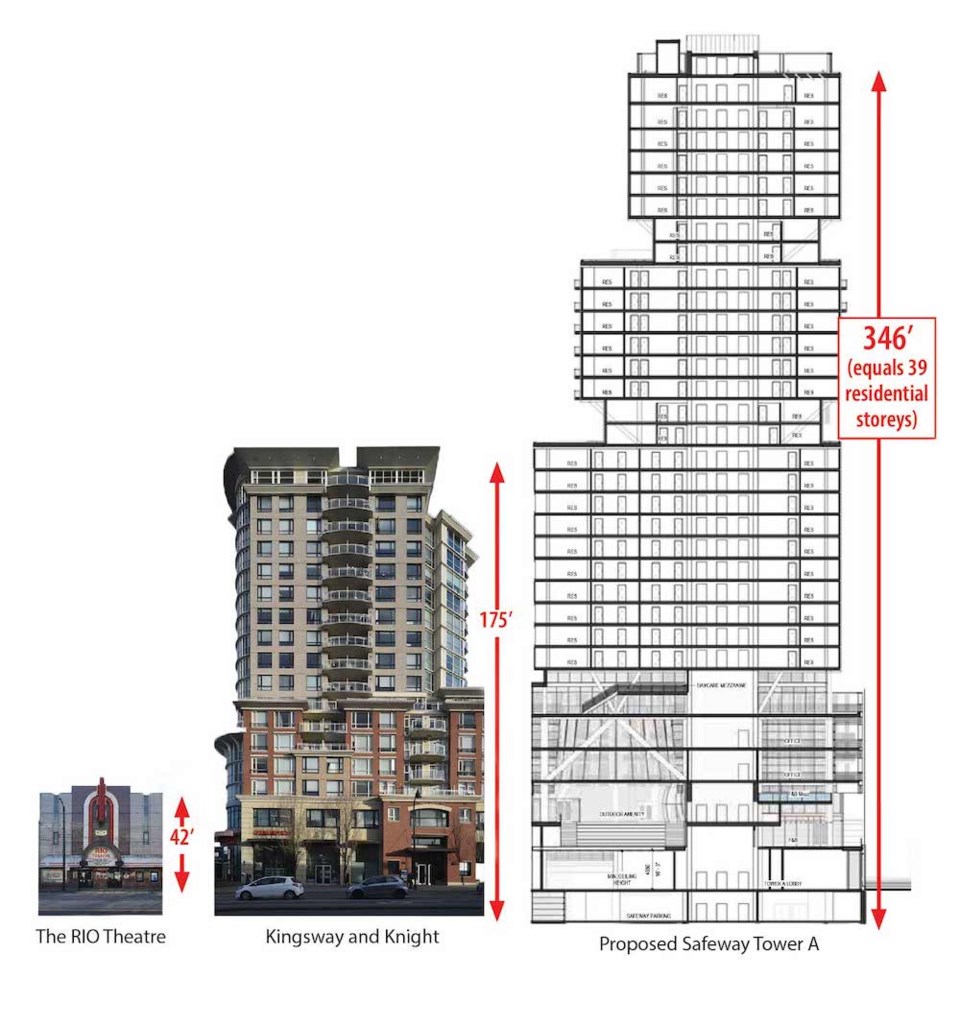 Photo via No Megatowers at Safeway