The Capilano Weather Beacon, before the Capilano Brewery was purchased and became property of Molson. This handy card seen below explains how to forecast the weather based on a series of colour codes and illuminated trends.
Jason Vanderhill
Oct 15, 2011 2:45 PM 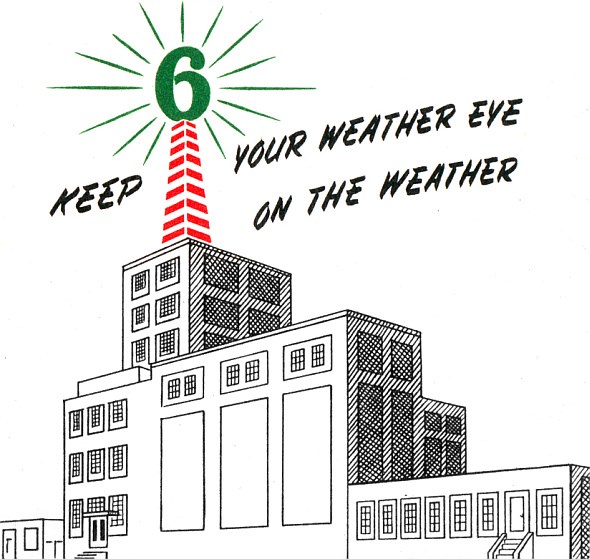 The Capilano Weather Beacon, before the Capilano Brewery was purchased and became property of Molson. This handy card seen below explains how to forecast the weather based on a series of colour codes and illuminated trends. The Canada Life building in Toronto has a similar weather beacon which according to Wikipedia, was the first of its kind to appear in Canada (installed on August 9, 1951) and was built at a cost of CAD$25,000. The Capilano Weather Beacon was a large neon sign which was installed in the spring of 1953 when the Sicks' Capilano Brewery facility in Vancouver was built. The VPL has a great series of cake cutting photos from April 28, 1953, with a scale model of the building alongside a cake in the shape of the building. These negatives have not yet been scanned and prints are not yet available, so we may see those at a later point in time. 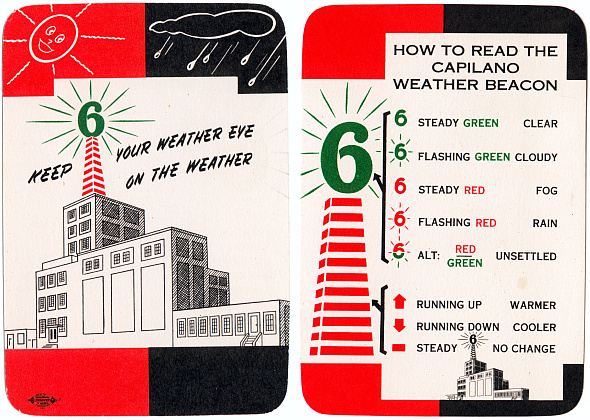 A promotional advertising card from Sicks' Capilano Brewery, probably circulated until 1958 when the brewery was purchased by Molson. 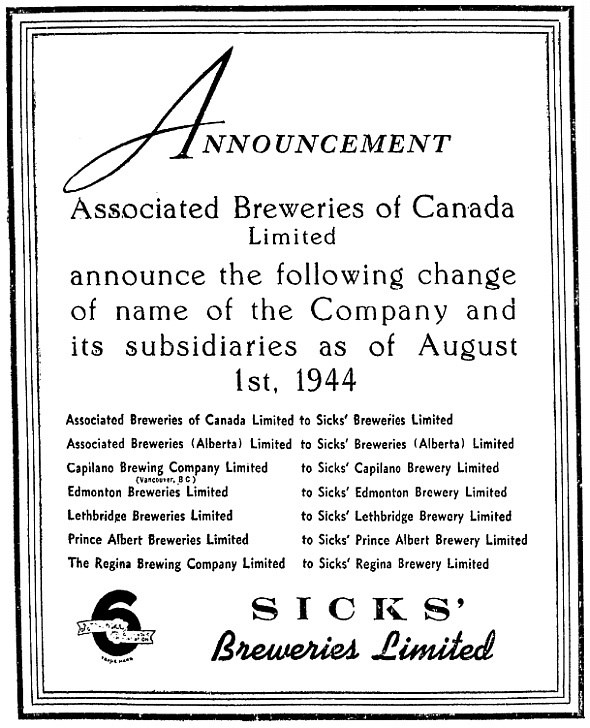 Advertisement from page 17 of the Calgary Herald, August 5, 1944

Perhaps it was a little shortsighted to promote your corporate image with a single digit, although there is some poetic alliteration with the Sicks' family name. Furthermore, Heinz has done well with the number 57 over the years. But the numeric significance of the number six wouldn't last forever. When Sicks' Capilano Brewing Ltd was sold in 1958, Molson acquired eight breweries.

There's probably much more that could be said about the Capilano Brewing Company, the Fritz Sick empire, and the complicated history of brewery mergers, acquisitions, and restructuring of operations, but I will leave that to adman Allen Winn Sneath's excellent book on the subject, Brewed in Canada: the untold story of Canada’s 350-year-old brewing industry.

If you're hungry for more beer folklore, I should direct you to a related post from about a month ago, when I posted a series of Vancouver beer labels that were being sold by a Polish collector on ebay. I don't really know much about the brewmasters of yore, but I found looking over these historical beer labels fascinating. The collector still has images of his collection on his own personal website, which can be seen here.

Finally, I haven't been able to determine when the "6" Capilano Weather Beacon came down, so if anyone has further information on the subject, please let me know in the comments.

Update: I was able to get a few preliminary images from the negatives I mentioned above. Below are three images, all credited to Art Jones. The exterior was taken on March 8, 1953 and it shows the brewery and the rooftop sign under construction from Burrard Street. The 2 photos below were taken on April 28, 1953, showing 2 men with the Capilano Brewery model, and then 5 men cutting the Capilano Brewery cake! Extraordinary! I wish we had more building cakes these days! 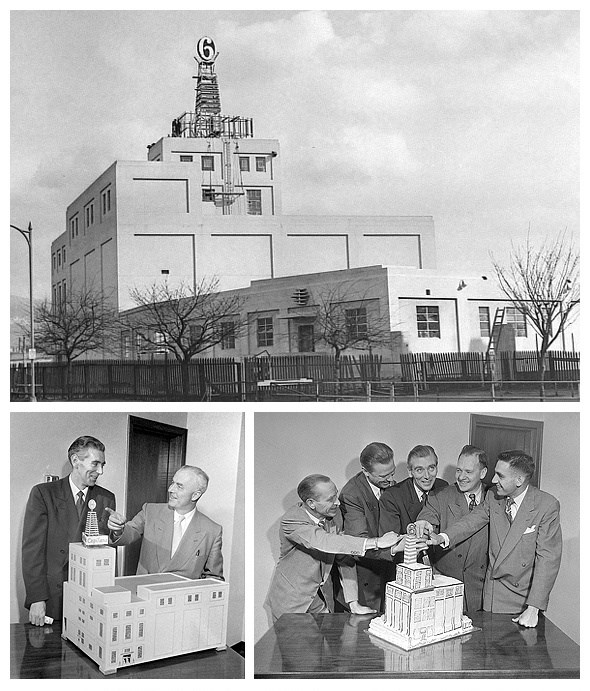