A vital part of Simon Fraser University’s “architectural masterwork” is under threat, according to a group of architects trying to stop the school from demolishing a former student residence.
0
Aug 2, 2019 8:11 AM By: Kelvin Gawley

A vital part of Simon Fraser University’s “architectural masterwork” is under threat, according to a group of architects trying to stop the school from demolishing a former student residence. 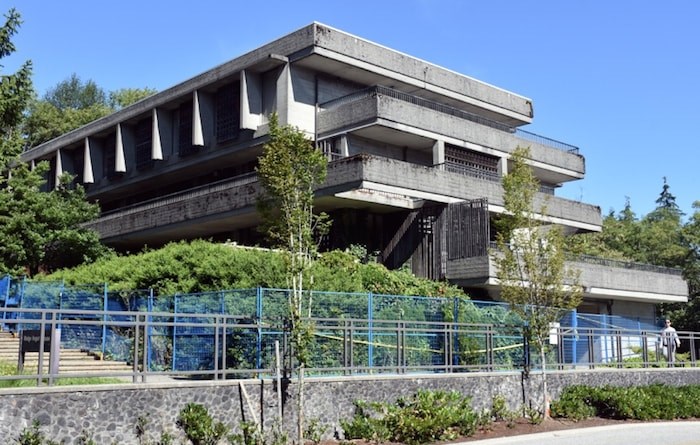 Madge Hogarth House opened as a women’s residence in 1965 and later became a resource space for campus residents. It now sits empty behind temporary fencing and is slated for demolition to make way for a new student residence.

But tearing down one of SFU’s original buildings would disrespect the campus design devised by architects Arthur Erickson and Geoffrey Massey, Donald Luxton said.

'Eroding the legacy of this architectural masterwork'

SFU’s administration has “been chewing away and eroding the legacy of this architectural masterwork, and we are rather taken aback to understand that they are now talking about tearing down one of the original buildings. And we think this is unacceptable,” Luxton said.

The heritage consultant and architect also sits on SFU’s campus master plan design review panel – which he has threatened to leave in protest should the demolition go ahead.

“It would be an international embarrassment to sanction the further erosion of the Erickson/Massey SFU legacy,” the Montreal architect wrote.

But the school has little choice but to demolish Madge Hogarth House, according to an SFU spokesperson.

“In 2006, SFU looked into the viability of a renovation-addition to the building and sadly, the findings from engineering studies showed significant seismic, life safety, fire safety and other deficiencies and complexities that were insurmountable,” Angela Wilson wrote in an email.

The new building will “pay homage” to the original while housing 369 students as part of SFU’s plan to double the number of residence beds to 3,250 by 2035, Wilson said.

Luxton said he disagrees with the school’s assessment.

The planned replacement shown in artist renderings does not fit the original campus design, he said.

“I have no idea how that building bares any relationship to the architectural vocabulary of the original SFU buildings,” Luxton said.

'They really don't seem to care'

And he said he doesn’t buy the school’s claim Madge Hogarth House can’t be remediated for new uses.

“The most casual examination of what they're doing up there would indicate that they really don't seem to care about this piece of architecture that they've inherited and that defines them,” he said.

Jordan, the chair of Burnaby’s heritage committee, said the SFU campus is on the city’s heritage inventory registry but isn’t protected from demolition. A demolition permit for Madge Hogarth House is pending, she said.

But, she said, SFU’s development plans have been in the works for years and the planned demolition did not come as a surprise to her.

“It was a surprise that these Arthur Erickson people didn’t seem to know about this,” Jordan said.