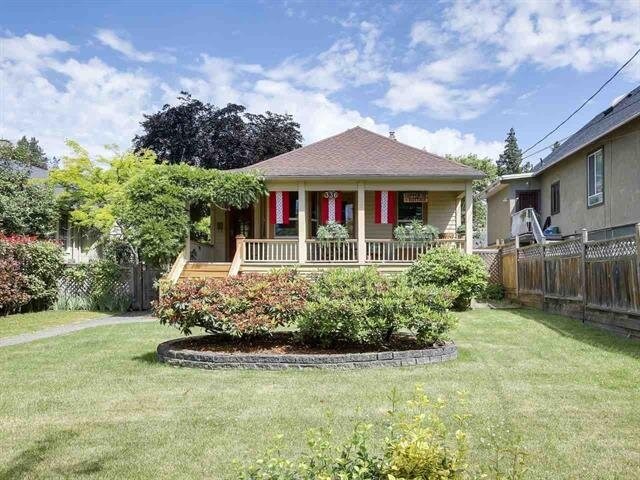 North Shore heritage advocates are hoping someone will strike a free lode of copper.

Members of the non-profit society North Shore Heritage are hoping someone will take the 1908 Copper Cottage off a developer’s hands before it is demolished to make room for a new duplex.

The 1,800-square-foot home at 336 East Ninth St., which was built for a butcher’s family, is an ideal candidate to be picked up and moved to a new location, according to the group.

“It’s a simple house but it’s cute – well maintained. And it would be super ideal as a laneway house,” said Jennifer Clay, vice-president of North Shore Heritage.

The home, which is also known as the James Residence, has a B ranking on the City of North Vancouver’s heritage register. In 2013, the city honoured the previous owner with a heritage improvement award for their ongoing maintenance.

“A full-width verandah with square columns and open balustrades distinguish this simple yet charming cottage,” the statement on the register reads.

Clay said the home is representative of the early development of North Vancouver.

The group prefers to see heritage buildings restored and given protection on their original site but when that’s not an option, they support a move, although ideally not very far, said Peter Miller, North Shore Heritage president.

“It keeps them out of the landfill and it gives some pleasure to people, even if it’s in another municipality” he said. “It’s a house that’s got a charm in it that you don’t get in a new build. There’s no doubt about that.”

Anyone thinking they’d like to claim the cottage, should first do their research, making sure they have a spot where they can legally set the home up, Clay said. Moving the home, as well as any hydro and telephone wires that may be in its way, requires a complex set of permits as well, although Clay recommended Port Coquitlam-based Nickel Bros as experienced house movers.

According to Nickel Bros sales manager Jon Swisher, the cost of moving the home within North Vancouver would be just under $60,000 but, with foundation work, permits and utility costs, the ballpark estimate of out-the-door costs would be about $100,000 – still likely cheaper than building a coach house.

While North Shore Heritage’s mandate is to encourage the protection and preservation of heritage buildings for history’s sake, there is also a strong environmental incentive to keep the old-timers around, Clay added.

“Our philosophy is always: the greenest house is the one that’s already built,” she said. “Not having all of this presumably first-growth wood… and a well-maintained house and throwing in it in the garbage bin.”

Anyone with an interest in salvaging the Copper Cottage is asked to contact North Shore Heritage via their website northshoreheritage.org