Vancouver is now the most expensive city to rent a one-bedroom apartment in Canada
Dec 15, 2020 8:27 PM By: Elana Shepert 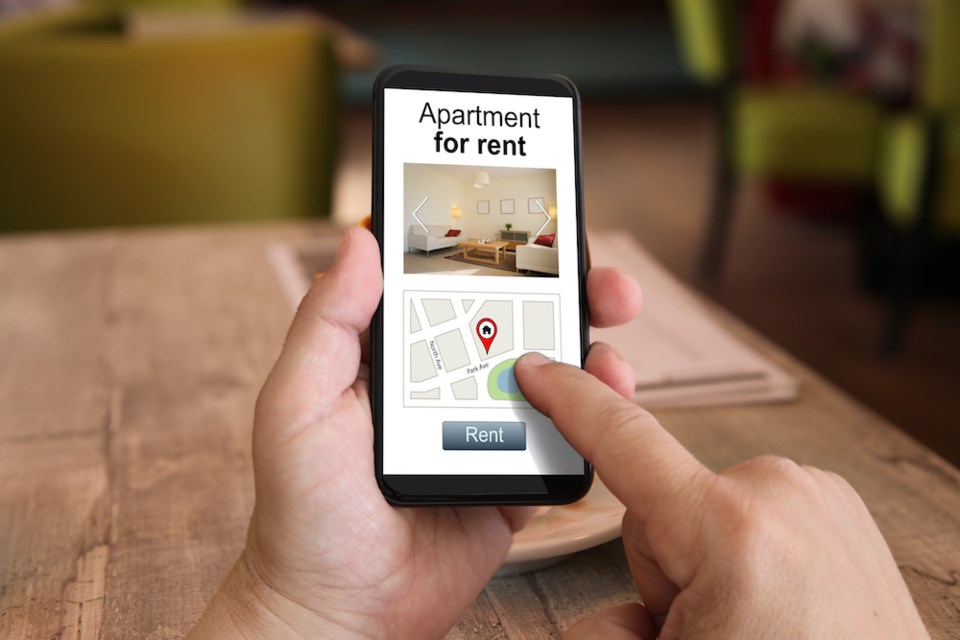 On a year-over-year basis, both one and two-bedroom rents in Vancouver are down over 11 per cent. Photo via alexsl / Getty Images

While the price of a one-bedroom apartment has dipped slightly this month, Vancouver is now the most expensive city to rent in across Canada.

Conducted by Padmapper.ca, the December report analyzes rental data from hundreds of thousands of active listings across the country. From there, listings are aggregated every month to calculate median asking rents for the top 24 most populous metropolitan areas.

Toronto's one-bedrooms dropped by $100 from a staggering $2,000 to $1,900 this month, which makes it the second priciest market for one-bedroom rentals.

On a year-over-year basis, both one and two-bedroom rents in Vancouver are down over 11 per cent. In Toronto, one-bedroom rentals have fallen over 17 per cent since this time last year.

This December, Torontonians will pay $2,530 for a two-bedroom rental.

Burnaby is the third priciest city to rent a one-bedroom in Canada, but rents have dropped by 2.9 per cent to $1,670.

VIctoria is the fourth most expensive market, with one-bedroom rent decreasing by 1.2 per cent to $1,630.

With one-bedroom rents climbing 4.1 per cent to $1,510 Kelowna is now the fifth priciest market in Canada. On a year-over-year basis, one-bedroom rent is up nearly 12 per cent in the B.C. city. 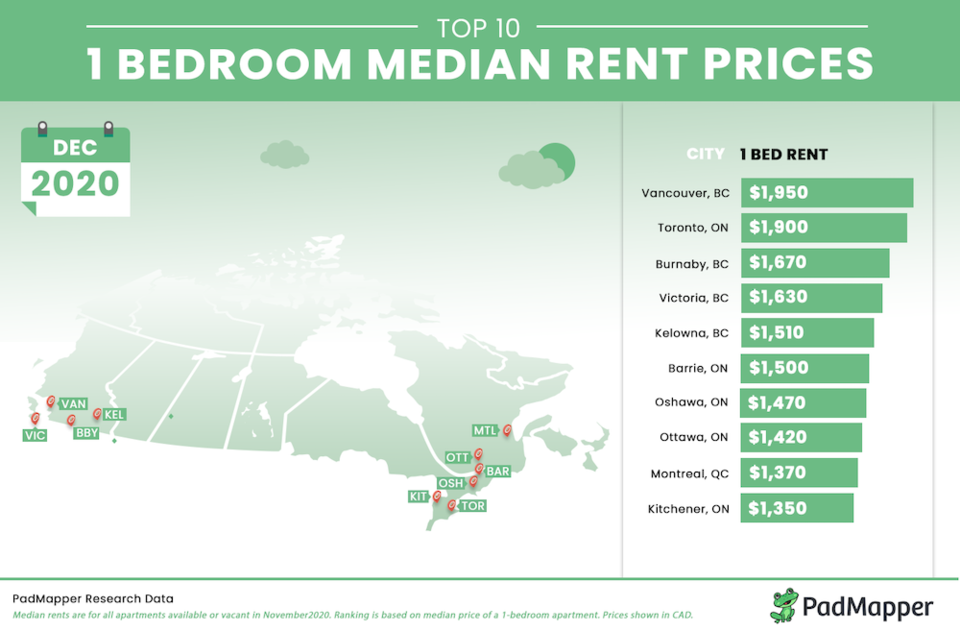