With thanks to the BC Ale Trail, new beer tasting experiences are brewing on a socially-distanced patios all across the Greater Vancouver area.

Summer is here and the time is right for sipping craft beer in the sunshine.

The good news for beer lovers is that as part of Phase 3 of BC’s Restart Plan, the provincial government has allowed many breweries to expand outdoor patios or even add new outdoor spaces — ensuring that you can enjoy summer patio season on the BC Ale Trail while staying safely distanced outside.

Here are some suggestions for craft breweries with great patio options in the Greater Vancouver area. 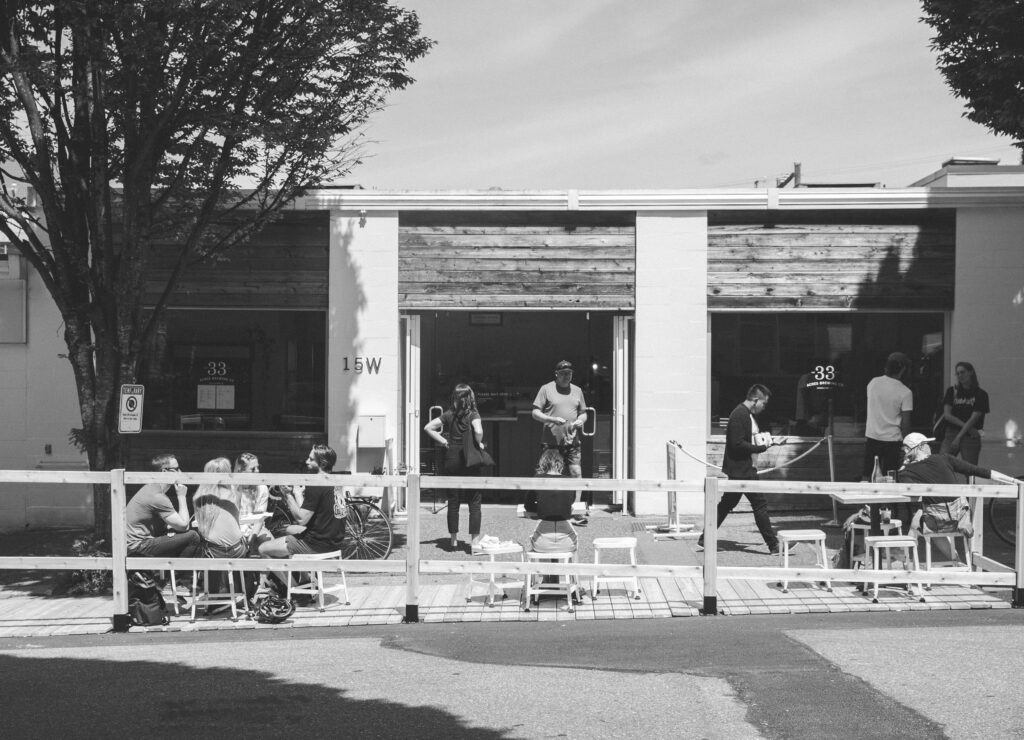 The Vancouver Ale Trail has lots of patios to choose from this summer, though the competition for finding seats might be fierce.

In the heart of Mount Pleasant, 33 Acres Brewing, and 33 Brewing Experiment next door, are ready for patio season with a sidewalk setup that allows small groups to catch some summer rays while sipping on some fine craft beer.

Nearby, R&B Brewing is also ready for outdoor sits and sips. Find fresh ale, snacks, and patio rays at this East Vancouver establishment.

Also look for patio spaces at Red Truck Beer Company, Container Brewing, Electric Bicycle Brewing, Main Street Brewery, and Callister Brewing and keep an eye out for more on the way throughout the summer. 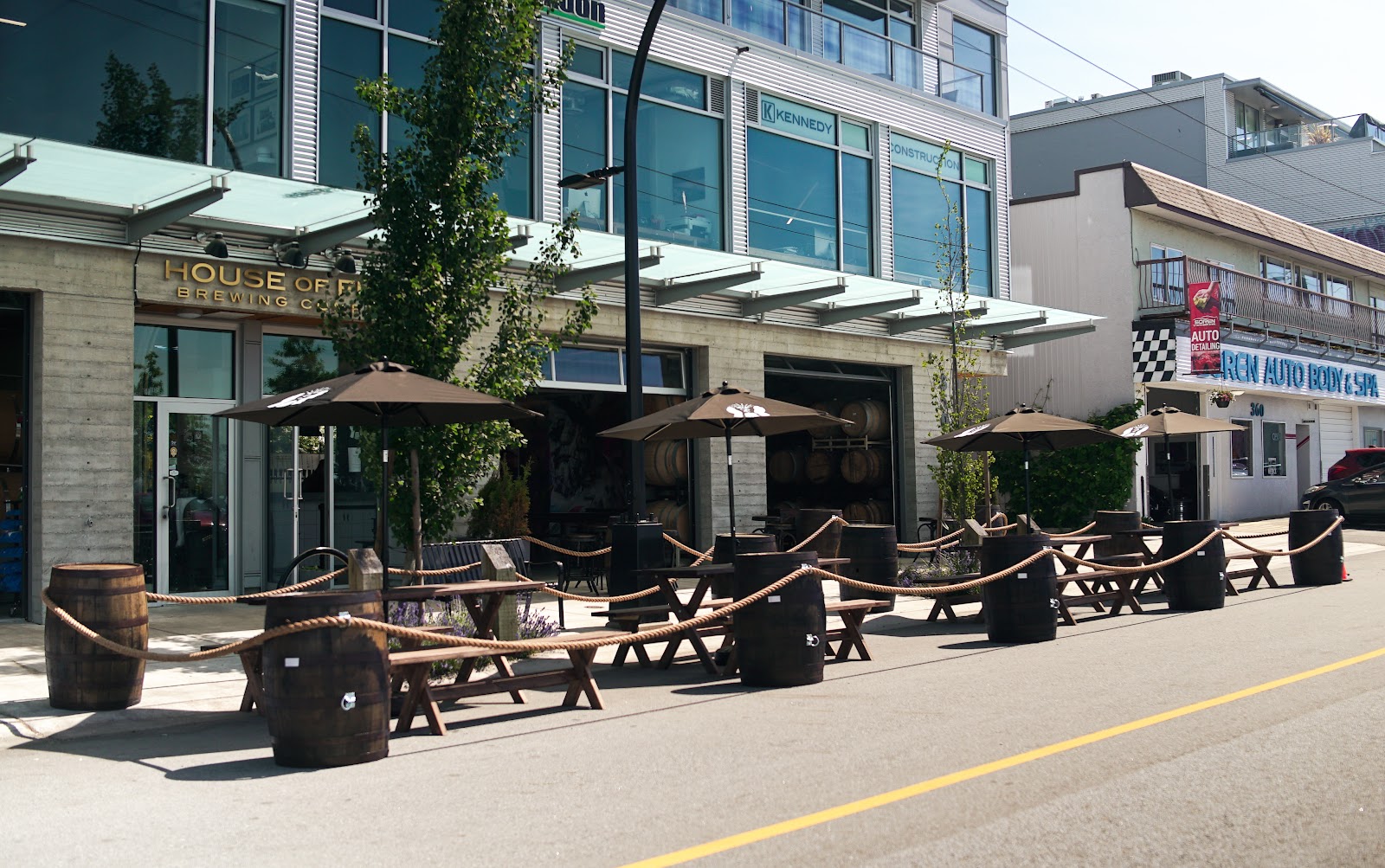 Over on Vancouver’s North Shore Ale Trail, North Point Brewing in the burgeoning Shipyards Brewery District has recently opened for business — patio and all.

Close by, House of Funk Brewing has extended its patio space with 24 seats on the temporary street patio and another 9 in front of the taproom.

Just minutes from the Ironworkers Memorial Bridge, Wildeye Brewing has a big tasting room with lots of room, plus a new outdoor space. Stop by to try their famous nachos and their new Hefeweizen on the patio.

Bridge Brewing Company has patios open at the brewery and its new Lonsdale BridgeDeck taproom, ready to welcome customers for dining and drinks. 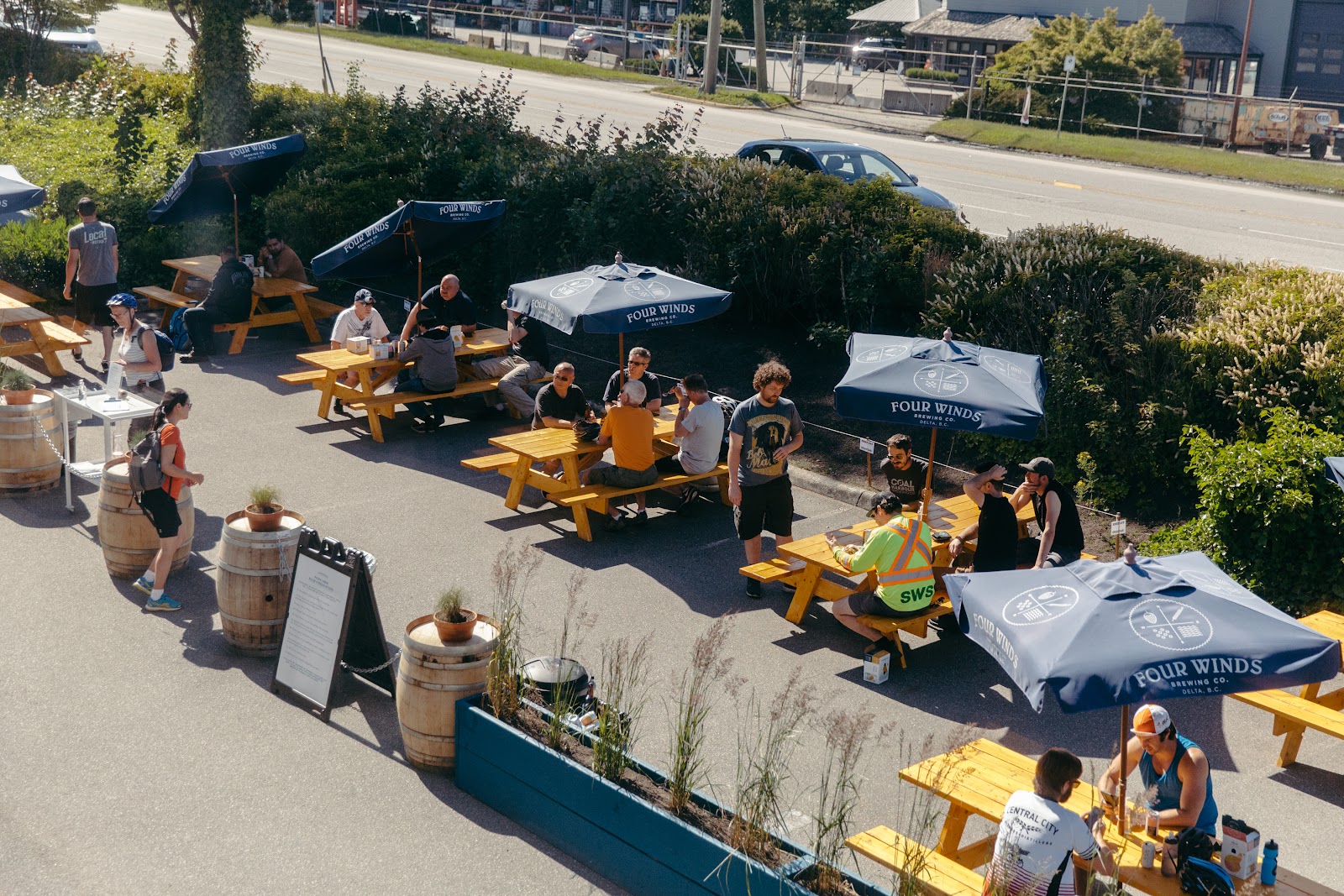 In New Westminster, Steel & Oak Brewing has a patio in front of the brewery and hopes to set up an additional weekend patio behind the brewery.

Delta’s Four Winds Brewing has its patio set up and ready for you to enjoy takeout tacos, tapas, and packaged beer.

Then, over in Richmond, you can enjoy happy hour specials, refreshing flights, and creative dishes on the patio at Monkey 9 Brewing. Over on Port Moody Ale Trail’s Brewers Row, Moody Ales is ready to welcome beer lovers back to its tasting room and patio. The picnic area behind the brewery at Yellow Dog Brewing is also open.

Also on Murray Street, Parkside Brewery has two patios ready to go: its spacious regular patio, as well as a new temporary side patio in the parking lot that features wine barrel tables for standing and outdoor beer hall tables for a sip and a sit.

EXPLORE THE BC ALE TRAIL

There are many more patios to explore and new experiences to enjoy with a fresh brew in hand around the province. Some municipalities, including Penticton, Port Coquitlam and North Vancouver, have also allowed for alcohol consumption at certain parks and beaches.

For a full list of options from all over B.C., check out this blog. And for some suggestions on new summer beers to look for, here is an awesome list of 60+ summer beers.

Visit more of the BC Ale Trail this summer and find your favourite spot to sip and savour.