You can enjoy these perfect pairings of B.C. cheese with your favourite local wine and beers

All throughout August, the BC Cheese Trail has been matchmaking delicious B.C. cheeses with your favourite drinks. You can check out the final week of these pairings at your favourite wineries and breweries across the province. 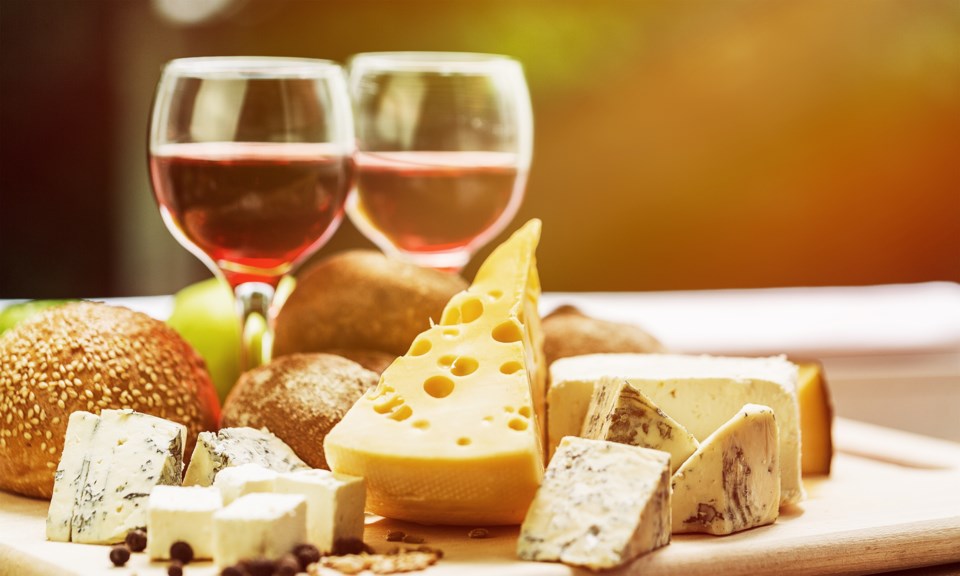 Wine and cheese, along with beer and cheese, are what food and drink enthusiasts would agree to be matches made in culinary heaven. And, when you find the right compatibility with the perfect pairing, it’s a delightful treat for the taste buds.

The endless possibilities of wine and cheese and wine and beer couplings can be overwhelming to narrow down, so here’s a quick primer of pairings that go together like magic:

This summer, BC Dairy is partnering with local breweries, wineries and cideries across the province to offer complimentary B.C. cheese with qualifying purchases throughout the month of August.

You can sample these perfect wine and cheese and wine and beer pairings at a wide variety of participating locations along the BC Cheese Trail.

Metro Vancouverites can venture over to these hot spots along the BC Cheese Trail within the Lower Mainland, Vancouver Island, and the Okanagan Valley.

Over on the island, Saanichton’s Sea Cider Farm & Ciderhouse is partnering with the Cowichan Valley’s Haltwhistle Cheese to offer samples of Thombury, a traditional French Alpine cow's milk cheese that is full of rich and earthy flavour. Then, on the 28th, you can try the Hot Tipsy Jill from Little Qualicum Cheeseworks — an ethical and sustainable artisan cheesemaker — at Philips Brewing & Malting Co. in Victoria.

If you’re going away for a wine or beer-filled weekend, you can check out some of these top cheese stops at these breweries in the North and South Okanagan:

For more info on the BC Cheese Trail, visit perfectpairings.ca.

Learn how to cook a delicious dish with a Canada-trained top chef in Hong Kong in this FREE virtual masterclass
Nov 18, 2020 9:30 AM