To sustain marine trade, Canada will need to develop increased container port capacity at Roberts Bank, Delta. GCT Global Container Terminals has a plan and is fighting for fair consideration. 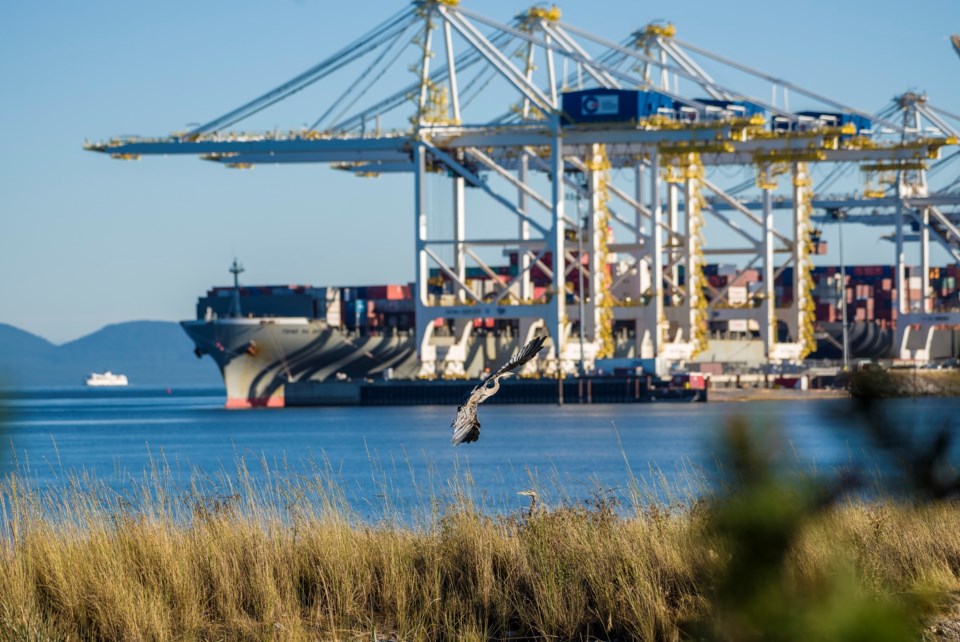 Trade through the Asia Pacific Gateway helps to create the jobs and growth that support the quality of life of people in Vancouver, throughout B.C., and across the nation.

To sustain and strengthen that essential trade activity, Canada will need to develop increased container port capacity to respond to the changing needs of the marine shipping industry.

Right now, Canada is at a crossroads, and the country must decide how needed capacity is built, where this capacity will be built, and who will be paying for it all.

The Port of Vancouver’s expansion proposal, Roberts Bank Terminal 2 (RBT2), is their response to the future management of the Pacific Gateway, and, therefore, to the future of the region, the province, and the country. This megaproject also carries high stakes for the environment, local communities, workers, and Indigenous peoples.

However, the Port of Vancouver’s projections for its proposed new container terminal island project have continued to stumble since the onset of their project proposal in 2010. According to the government agency, container trade was expected to double within 10 years. The Port projected 5.7 million TEUs (containers) by this year — the final count in 2020 is likely to be off by over a million containers. Back in 2013, the RBT2 expansion was estimated to cost a total of $2.4 billion — this figure has since increased to $3.5 billion and is likely to continue to grow.

These flawed projections are proving to be a costly error for Canadian taxpayers and a risk to Canadian businesses and stakeholders. Their business case is falling apart, even before the challenges of a global pandemic. Perhaps that is why they can’t seem to find a private sector partner and are seeking government help?

There needs to be a less expensive and less risky alternative to this.

The solution that’s needed is a smart, phased, and privately-funded approach that will expand upon the existing terminal footprint to incrementally deliver needed capacity without unnecessary impacts on the environment, on Indigenous fishing grounds, on the workforce, and on taxpayers.

As the largest majority Canadian-owned and headquartered terminal operator in Canada, GCT Global Container Terminals is recognized as one of the most environmentally-responsible operators. GCT has been strongly committed to Vancouver and Delta over the past 100+ years, currently operating two container terminals in the Lower Mainland — GCT Deltaport and GCT Vanterm — along with two other facilities on the east coast of North America.

With several successful incremental and sustainable expansions under its belt, GCT is advancing its own proposal for providing container capacity at Roberts Bank through the nimble and scalable GCT Deltaport Berth 4 (DP4) expansion project, with the following considerations in mind:

With a proven track record of delivering effective and environmentally-conscious port expansions and sustainable operations, it is only sensible to ensure that GCT gets a fair consideration by the Port Authority and Government on the plans for the Roberts Bank expansion project.  Unfortunately, the VFPA, GCT's landlord and regulator, has been obstructing consideration of any alternative to its own flawed project.

A fair process will lead to a better Deltaport for all.

For more info on the plan to build a #BetterDeltaport, and to learn more about how you can help ensure a fair process, visit betterdeltaport.ca and sign the e-petition to the Government of Canada.

Go on a journey along the Okanagan’s most extensive trail for an unforgettable B.C. experience
Jul 29, 2021 8:00 AM