Chelsea Handler is touring across Canada — and she’s bringing more than just laughs with her.
0 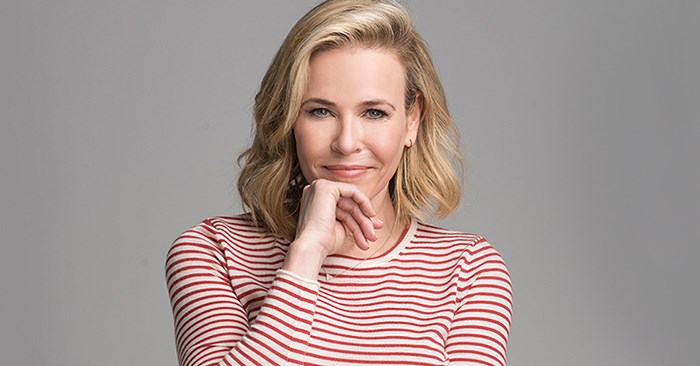 Chelsea Handler is touring across Canada — and she’s bringing more than just laughs with her.

The comedian will be speaking about political activism, culture and cannabis on Friday, September 21, at an event called “A Civilized Conversation with Chelsea Handler.”

Handler will be joined by Derek Riedle — publisher and founder of the online magazine Civilized — at UBC’s Chan Centre for the Performing Arts to discuss Canada’s current political and culture climate, all while delivering her characteristic zingers.

The talk is part of Handler’s nation-wide speaking tour this fall that starts in Calgary and ends in Halifax. Vancouver is the second stop on the seven-city tour, which comes as Canada prepares to legalize marijuana in October. The stand-up comic has embarked on similar town-hall events in the U.S., where she discussed social and political activism to crowds of hundreds.

Handler’s brand of edgy humour and truthfulness has made her one of comedy’s top names. The New York Times bestselling author has penned five books, including Are You There, Vodka? It’s Me Chelsea. In 2012, Time named her one of the top 100 most influential people in the world.

She gained recognition for her no-filter interview style on the late-night talk Chelsea Lately, which aired for seven seasons on the E! Network. No celebrity was safe from Handler’s pointed jokes and squirm-inducing observations. And the host rarely shied away from showing her emotions on screen.

Handler’s recent work has seeped into political literacy and activism, mirroring some of her long-held stances on causes such as LGBTQ rights. In 2009, Handler was named Grand Marshal of the 2009 Los Angeles Pride parade for her support of equality.

In 2017, Handler ended her two-season run on the Netflix talk show, Chelsea, and dove into political activism full-time. She has toured college campuses across the U.S., advocated for issues such as gun control and abortion rights and is currently working on a documentary for Netflix about white privilege in America (following her first series, Chelsea Does).

Handler’s tour is hosted by Civilized in association with the World Cannabis Congress. Tickets can be purchased in-person, by phone or online, and valid ticket holders could be selected to meet Chelsea in the VIP lounge before the show! For more event details, visit the tour’s website.

Vancouver, BC: September 21, Chan Centre for the Performing Arts

Become an expert dumpling maker at this culinary masterclass in Chinatown
Jan 15, 2020 6:14 PM