You can never go wrong with pizza and beer, and there’s nothing more exciting than checking out a new hangout for this perfect combination!

With a prime spot on the corner of Commercial Drive and William Street, Community Taps & Pizza aims to celebrate the neighbourhood its in with a multi-purpose place to enjoy a casual beer with friends or celebrate a special occasion over pizza.

“We’re very excited to bring Community Taps & Pizza to The Drive, and we hope to become a core part of the community here for years to come,” says Steffanie Davis, General Manager at Community Taps & Pizza. “Beyond the menu and drinks, we’ve cultivated an interactive atmosphere and wanted to offer a location for local artists and creatives to gather.” 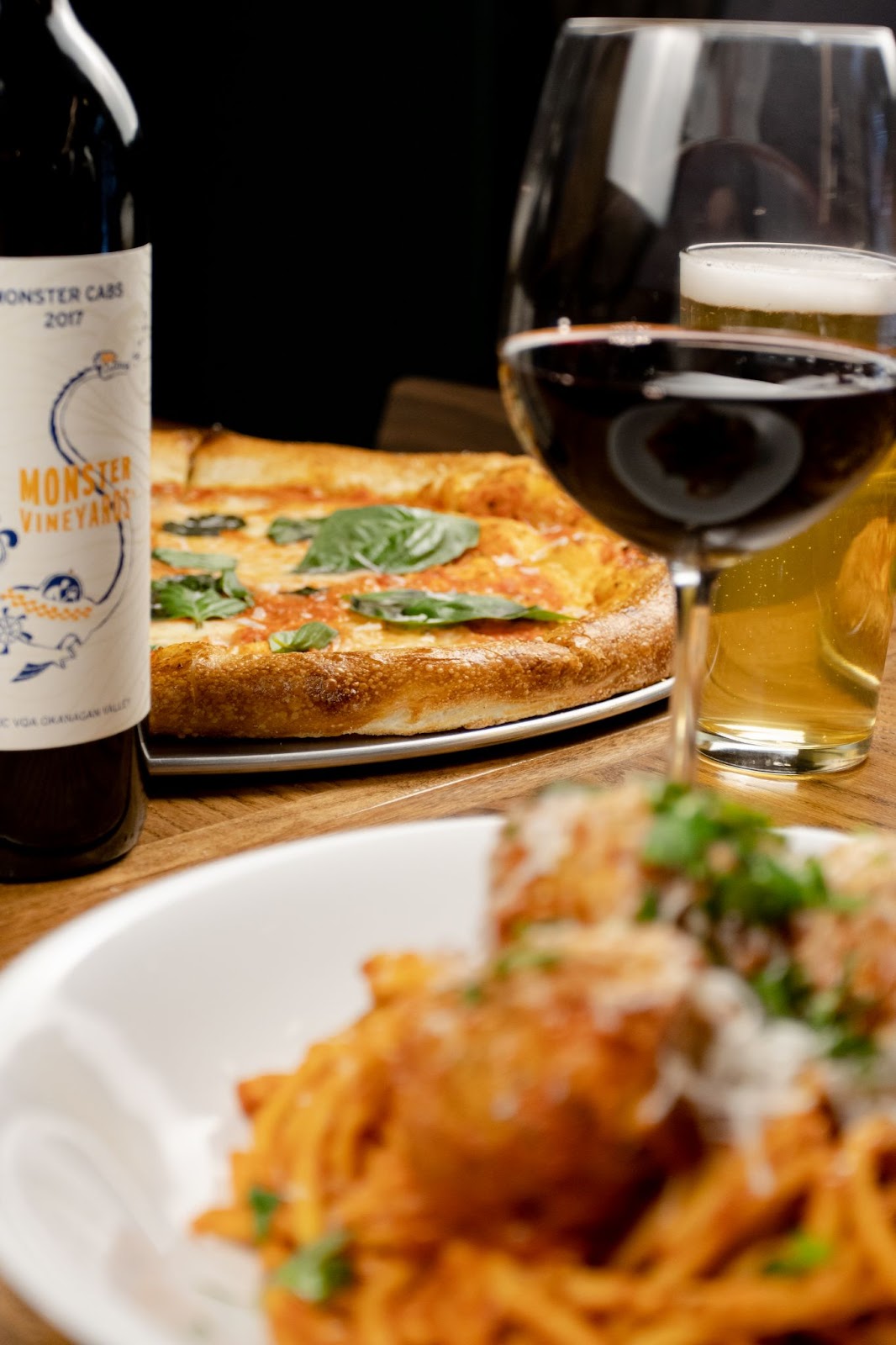 With a menu created by Chef Steven Ewing, diners at Community Taps & Pizza will enjoy an assortment of traditional and globally-inspired pizzas that pay tribute to pizza metropolises such as Brooklyn, Detroit, and our very own here in Vancouver. Gluten-free, vegetarian, and vegan options will be available, along with an assortment of unique housemade dips to pair alongside the pies. Pizzas are cooked to perfection with dough fermented for 72 hours and baked in a pizza oven specially imported from Europe.

A large selection of appetizers will include locally sourced meatballs, cauliflower fritters, and wings. Salads, meatballs, fresh pasta, and handhelds will round out the menu. Putting a spin on the classic chicken parmesan offerings, Chef Ewing has put together various sandwich options to choose from, including traditional, spicy, and vodka sauce.

Community Taps & Pizza’s beverage menu includes over 40 beer taps that have been carefully curated with a selection of local and seasonal brews. In addition, the restaurant-pub’s wine program will shine a light on B.C. wineries with eight wines on tap. Guests also have access to the Community Beer & Wine to-go fridge, an ideal option for The Drive community to enjoy beyond dining-in. 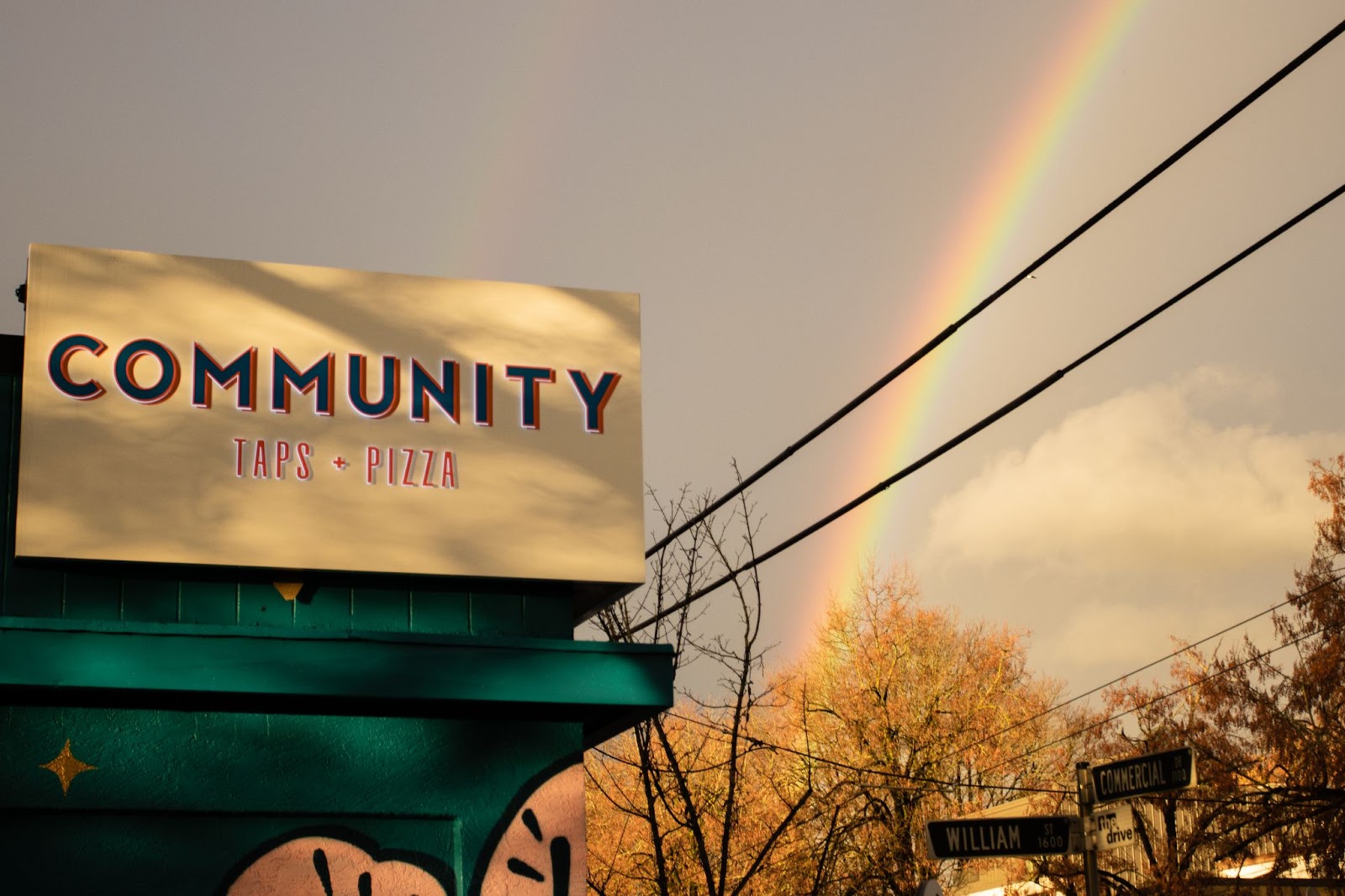 Community Taps & Pizza’s build-out was done by Alton Jamieson Consultation and Fine Craftmanship, with Sydney Earle of Jute Design transforming the interior into a contemporary and eclectic space while promoting an elevated yet comfortable dining experience.

The restaurant-pub seats approximately 200 guests across both indoor and outdoor spaces, with a newly expanded street patio that looks out to a hand-painted mural by local artist Chairman Ting, paying homage to the culture and excitement of the East Van neighbourhood.

Located at 1191 Commercial Drive, Community Taps & Pizza will be open seven days a week for brunch, lunch, and dinner service on Monday to Friday from 11 a.m. to late and Saturday and Sunday from 10 a.m. to late.

In an effort to support those recently affected by the floods in B.C., Community Taps + Pizza will be donating 10% of the revenue from their opening week to local charities to help raise funds for those in need.