Become an expert dumpling maker at this culinary masterclass in Chinatown

Part of Dine Out Vancouver Festival, the Chinatown Dumpling Masterclass includes a 1-hr sneak-peak of Chinatown, followed by 2 hours of cooking and preparation. 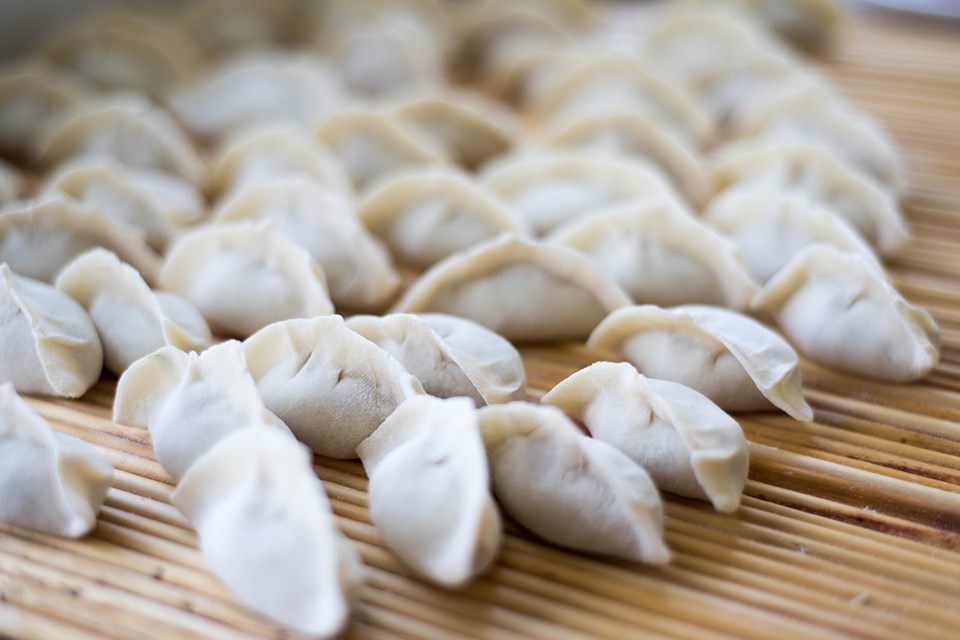 Whether they’re boiled, fried or steamed, dumplings are simply…

While we all love going out for dumplings in Vancouver, it would also be nice to enjoy them every now and then at home. In this very special cooking class taking place during Dine Out Vancouver, participants will learn the fine art of making authentic Chinese dumplings and even go home with their very own recipe, which you can prepare for friends and family for years to come.

The Chinatown Dumpling Masterclass includes a 1-hr tour of Chinatown, followed by 2 hours of cooking and preparation, where you’ll learn how to craft dumplings.  At the end of the lessons, you'll receive a recipe (and some freshly made dumplings) to take home with you. The class is being held on multiple weekends from January 19, 2020 - January 30, 2020, and is hosted by Historical Chinatown Tours. You can learn more, or sign up for the class HERE.

If you’re craving more than just dumplings, be sure to also check out the Dim Sum Chinatown Tour, which will take you the best Dim Sum and Chinese BBQ restaurants in the neighborhood. Originally a Cantonese family tradition (sometimes called Yum Cha), Dim Sum features small, shared dishes often served in bamboo steamers. Dim Sum, which means "Point of the Heart”, has become a staple for both foodies in the lower mainland and the world at large. This tour is a crowd favourite and is only offered during the Dine Out season.

These are just a few of the dozens of cooking classes, food tours and culinary events taking place during Dine Out Vancouver Festival, which takes place from January 17 - Feb 2, 2020, across Metro Vancouver. The annual festivities bring together more than 300 restaurants, plus wineries, craft breweries, suppliers and tens of thousands of diners to participate in not just dining, but 17 days of food-related events. This season’s culinary experiences include long table dinners, dim sum tours, oyster shucking classes, international guest chefs and more. This is a fantastic opportunity to sample Vancouver’s best restaurants while making some of your own culinary creations along the way.
​​​​​​​
Craving more? You can check out our online guide to Dine Out Vancouver Festival HERE.