CONTEST: You could win tickets to HSBC Canada Sevens in Vancouver this Easter weekend!

Western Canada’s largest sporting event is finally returning back to BC Place!

Rugby fans, sports lovers, and anyone who is down for Vancouver’s biggest all-day party should get themselves ready for and excited about the 2022 HSBC Canada Sevens at BC Place on April 16 and 17.

Rally up your squad to watch the high flying action, drink some beer, and make some noise from the stands during what’s bound to be the best weekend of the year. Plus, with the festivities falling on Easter Weekend, fans are encouraged to join in on the ultimate costume party by putting on your most fancy Easter Sunday dress or your silliest Easter bunny costume.

This year, 16 international teams, including top nations such as Canada, Fiji, South Africa, Australia, and New Zealand, are slated to compete in the lucky seventh Sevens.

​In a knock-down, drag-out show of power, speed, and agility, Rugby Sevens is one of the most exciting spectator sports out there. You don’t have to know anything about the sport to feel the hype of the entire spectacle, and it doesn’t take long to figure the game out.

If you’ve never seen it before, Rugby Sevens is a halfened, stripped-down version of rugby featuring just seven players a-side playing on a full-size rugby pitch. With fewer bodies and extra space on the field, these fast-paced games are full of breakaway sprints and exciting tries.

Day 1 of the two day Sevens tournament consists of round-robin play within pools. On Day 2, the bottom two teams of each pool will compete for a 9th place finish, while the higher ranking teams will advance to the Cup competition for the chance to win gold, silver, or bronze.

Get your tickets for HSBC World Rugby Sevens NOW at canadasevens.com/tickets-vancouver!​ 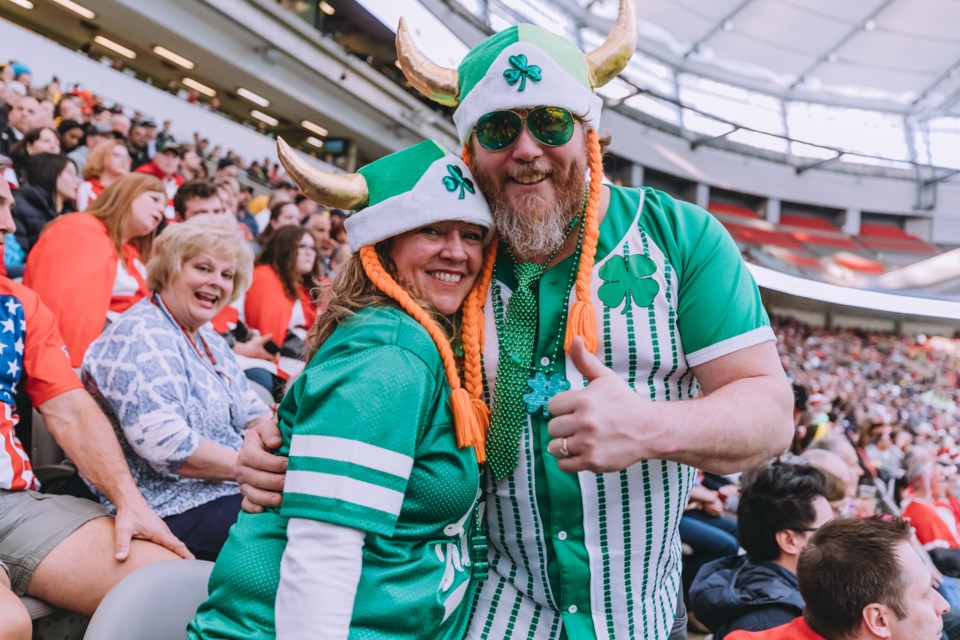 We’ve partnered with HSBC Canada Sevens to give two lucky winners a pair of tickets (Valued at $177 for each pair of tickets) to the HSBC Rugby Sevens on April 16 or 17!

You can enter via the contest entry form below. For additional chances to win, visit HSBC Canada Sevens at their website for 10 bonus entries, and visit their Facebook and Instagram for another 25 bonus entries each.

This contest is open to British Columbia residents and closes on April 13, 2022. The contest winner will be contacted via email on this date.