The world’s first hybrid-electric cruise ship is coming to Vancouver; take a sneak peek inside (PHOTOS)

The world’s first hybrid-electric cruise ship has selected Vancouver as the destination for its inaugural voyage.

The world’s first hybrid-electric cruise ship has selected Vancouver as the destination for its inaugural voyage.

The cruise ship boasts three restaurants inspired by its Nordic and Norwegian heritage, plus outdoor infinity pools, hot tubs, saunas, a large gym and spa and even a science centre. Scandinavian granite, oak, birch and wool have been incorporated into the passenger cabins, some of which feature private balconies and hot tubs with expansive ocean views. It’s sleek, it’s modern and it’s as luxurious as ocean travel gets.

But that’s not what makes it special. 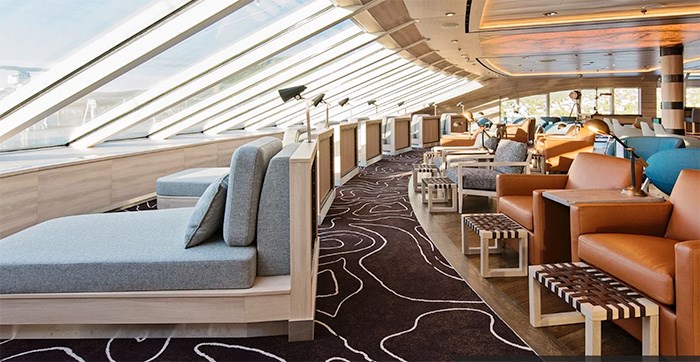 The MS Roald Amundsen utilizes new and environmentally sustainable hybrid technology, which reduces fuel consumption and CO2-emissions by 20%. As one of only two hybrid-electric cruise ships in the world, the MS Roald Amundsen will feel right at home in the Port of Vancouver, where the Vancouver Fraser Port Authority, the federal agency responsible for the stewardship of the port, has set its vision to be the world’s most sustainable port.

As a part of this vision, the port authority works to ensure the highest level of environmental protection is met in and around the Port of Vancouver. This commitment resulted in the port authority being the first in Canada and third in the world to offer shore power, an emissions-reducing initiative, for cruise ships. That said, a shared commitment to sustainability isn’t the only thing Hurtigruten has in common with our awesome city... 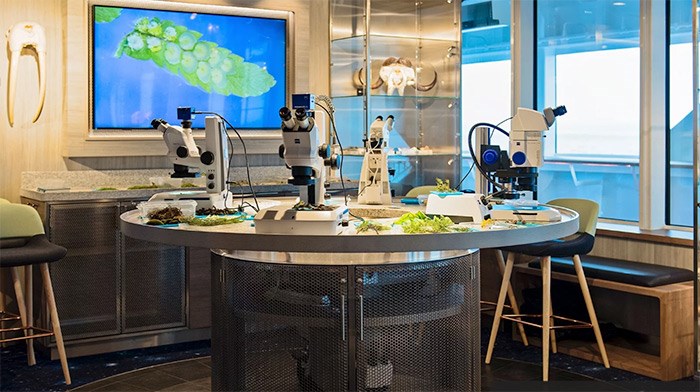 The hybrid-electric battery used in the MS Roald Amundsen was created by Vancouver company, Corvus Energy. The extra electric power allows the ship’s engines to function at optimal levels, which in turn lowers fuel usage and CO2 emissions. The ship also has the option to run on battery power alone for limited periods of time, which results in no fuel usage and ZERO emissions.

The arrival of the Hurtigruten’s newest ship in Vancouver showcases how the port authority is working with cruise lines around the world to adopt and evolve best practices for cleaner ships. There is more work to be done, but if the North American inaugural sailing of the MS Roald Amundsen is any indication, the Port of Vancouver is well on its way.

You can view more photos of the MS Roald Amundsen below and learn more about the Port of Vancouver’s sustainability initiatives HERE.

Room with a view. Inside one of the MS Roald Amundsen’s luxury cabins. Photo: Hurtigruten 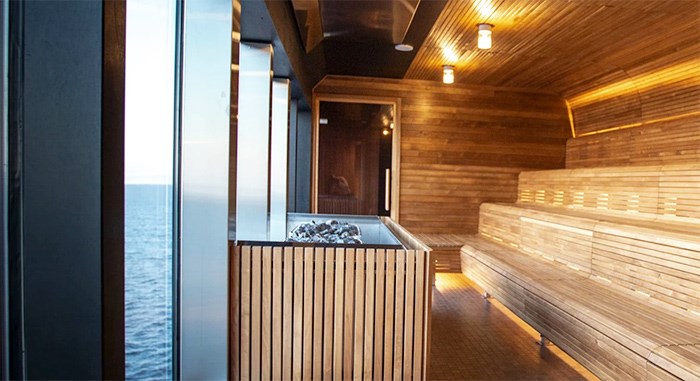 Sauna with a view. Photo: Hurtigruten