Shen Yun is a New York-based performing-arts and entertainment company that has earned praise from critics and audience members from around the world. The performance returns to Vancouver from March 13 - 22, for 10 shows at the Queen Elizabeth Theatre. 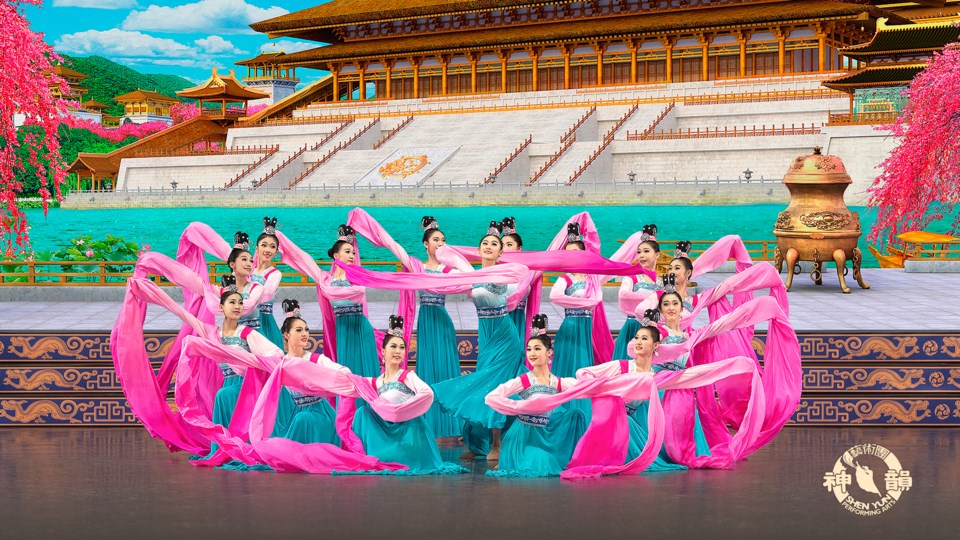 Photo: Shen Yun
Chances are, you’ve probably seen a billboard or advertisement for Shen Yun somewhere around the city. If the elaborate costumes and gorgeous colours have piqued your interest, you’re in luck. We’ve partnered with the world-renowned performance to award one lucky reader a luxurious staycation package, complete with top-tier tickets, to one of Shen Yun’s incredible performances in Vancouver.

Shen Yun is much more than a history lesson, however. You’ll be mesmerized as poised performers glide and leap gracefully across the stage, punctuated by exquisite costumes and unique animated backdrops. Flips, leaps, spins, and death-defying postures will leave your heart pounding. There’s drama, there’s comedy, and it’s all wrapped in a colourful spectacle, unlike anything you’ve ever seen.

If you don’t win tickets, please note that these performances do sell out almost every year. You can find the ticket link below.

Shen Yun is based in New York, not China, and is in no way affected by the coronavirus situation. All Shen Yun performances will go on as scheduled.