The secret’s out, Kamloops is becoming B.C.’s go-to destination for art, culture and craft beer

If you’re looking to get out of town, we’ve got just the place for you. Kamloops has redefined itself as a burgeoning culture-forward city with micro-breweries and a growing culinary scene. Here’s why it’s especially worth visiting in the spring. 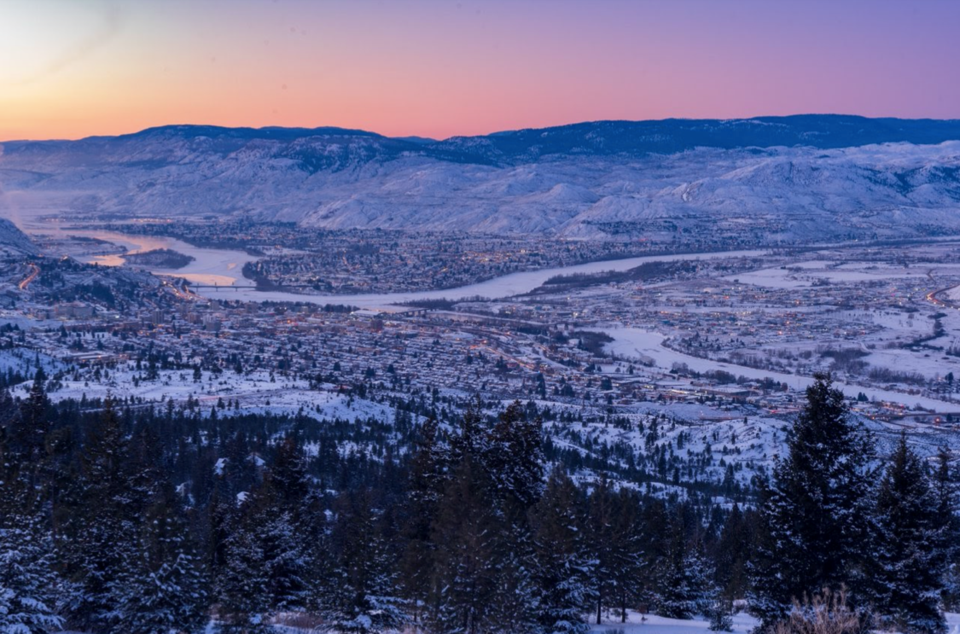 While Vancouver is awesome (sorry), we all need to get away sometimes. If you previously thought Kamloops was nothing more than a place to stop for food while travelling along the Trans-Canada Highway, you’re sadly mistaken — Kamloops has become one of B.C.’s best-kept secrets, and it’s especially worth visiting this spring.

Having undergone a cultural transformation in the last several years, Kamloops is now ripe with craft breweries, award-winning wineries, and contemporary dining options. A self-proclaimed “four seasons playground,” it’s also the perfect setting for just about any outdoor activity you can think of, regardless of the season. So, if you’re ready to whisk yourself away to scenic Canadian landscapes punctuated by great food, culture, and AMAZING craft beer, look no further than Kamloops, B.C.

No growing arts scene is complete without an upswing in local brewing—the city now boasts five micro-breweries, among them, is Kamloops’ newest microbrewery, Bright Eye Brewing, a small tasting room with a constantly rotating selection of innovative craft beer.

If you’re into wine, don’t skip a visit to the tasting room at Monte Creek Ranch, whose award-winning wines have helped bring the Thompson Valley into the national spotlight when it comes to winemaking. Be sure to try their fresh and lively Riesling—its grapes are grown on their two local vineyards. Try the grass-fed beef jerky, too.

If you’re hungry, Forno on 5th is a locally owned and operated modern restaurant in the heart of downtown, featuring “seasonally influenced Mediterranean cuisine” that pairs perfectly with their wine, craft beer, and spirit lists. Stop in for happy hour from 2-5 pm to share a Mezze Platter, and try the prosciutto and pear pizza with the Forno Brut IPA. You can learn more about all there is to eat and drink in Kamloops HERE.

Surrounded by the beautiful scenery of B.C.’s interior, it’s no surprise that Kamloops is a year-round destination for outdoor enthusiasts. Early spring is a particularly good time to enjoy the tail end of winter sports like snowboarding and snowshoeing while also being conducive to more summery activities like hiking, mountain biking, and fishing.

What’s more surprising is that Kamloops has become somewhat of a filmmaking hotbed—Jurassic World 3 and Twilight Zone are just the latest on a long list of Hollywood productions filmed in the area. The city will also host the 24th Annual Kamloops Film Festival (KFF) at the Paramount Theatre from March 5-14, 2020, which will feature over 25 films and events. $150 gets you a full festival pass with access to all screenings, and single-film tickets can also be purchased for each individual screening.

Kamloops also has its fair share of local filmmakers, some of which will be showing their short films as part of the Kamloops Independent Short Short (KISS) Film Fest, taking place on March 8th as part of KFF. Admission is free.

If that’s not enough, be sure to also visit the Kamloops Art Gallery, Kamloops Museum, and the Downtown Back Alley Art Gallery, which features nearly 30 murals commissioned by local artists. Yes, Kamloops’ vibrant art scene is truly unexpected and would come as a surprise to many from the Lower Mainland.

The drive to Kamloops is less than 4 hours from Vancouver, making it the perfect road trip destination—not too far, not too close. If you’d rather not do the driving, there are also buses, planes, and trains to get you there. Several flights depart from YVR for YKA each day, and VIA Rail Canada also offers daily train service from Vancouver to North Kamloops. While Greyhound is no longer an option in Western Canada (RIP), EBus and Rider Express offer services in its place in BC’s Interior.

If you’re looking to explore micro-breweries, a growing culinary scene, and a filmmaking hotbed, Kamloops is your destination this spring. Remember, the vibrant art scene in Kamloops won’t be a secret forever!