Here are the St. Patrick’s Day events you need to know about in Vancouver 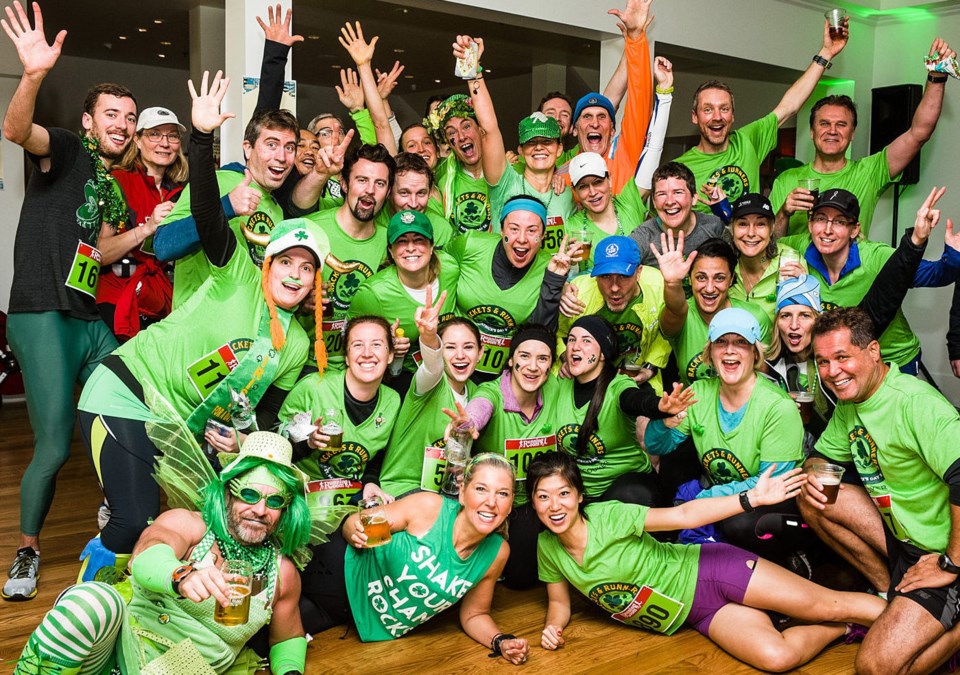 According to Encyclopedia Britannica, St. Patrick’s Day started as a feast intended to honour St. Patrick, patron saint of Ireland. Born in Roman Britain in the late 4th century, St. Patrick went on to establish monasteries, churches, and schools and a few pervasive legends, including that one about driving all the snakes out of Ireland...

It was emigrants, particularly to North America who transformed St. Patrick’s Day into a largely secular holiday, which celebrates all things Irish on March 17th. Now, centuries later, the tradition remains the same; we’re all a little Irish on St. Patrick’s Day.

With that in mind, we’ve partnered with Jameson Whiskey to highlight the best St. Patty’s Day festivities happening this year in Vancouver. From traditional Celtic music to whiskey-infused dinner pairings, here’s what you can enjoy around town this March.

CelticFest, Western Canada’s biggest annual Celtic festival, is a rich cultural celebration of the seven Celtic nations’ kinship and community. The festival showcases the best of Celtic music, dance, spoken word as well as film, food and fare and was previously the host of the St. Patrick’s Day Parade. For this St. Patrick’s Day, CelticFest Vancouver is presenting a Family Event on Vancouver’s Art Gallery Square on March 15th. This is a free event and all are welcome to join us to celebrate the annual Celtic Holiday! Be sure to check their schedule for the full list of performances happening throughout March.

In 2005 after having lost one parent to cancer on St. Patrick’s Day and having another parent who was battling diabetes, the St.Patrick’s Day 5k organizers decided to take their passion for running and start a race to raise money for diabetes. 13 years later, the annual race has raised more than $100,000! This isn’t your average 5k. People get decked out in green attire and come to party! On March 14, 2020, put a little Irish in your step and join the flat and fast 5k in scenic Stanley Park.

Celebrate St. Paddy's Day with laughter at Vancouver TheatreSports’ crazy Celtic version of TheatreSports on Tuesday, March 17. What is Celtic TheatreSports you might ask? Think of a TheatreSports scene with dialogue made up of random Irish expressions, slang and, improvised limericks. As always, scene inspiration will come from audience suggestions so you never know what the talented improvisers will create on the spot. Bar Manager Paul is getting into the ‘spirits of the evening’ with specials on Guinness, shots of Jameson’s Irish Whiskey and obligatory green beer.

Live at the WISE presents the return of a legendary Vancouver St. Patricks tradition with the one and only Shane's Teeth, the ultimate tribute to English Celtic punk band The Pogues! Special guests Viper Central will also perform. March 14th at Wise Hall and Lounge in East Vancouver.

The Celtic Tenors with the VSO

If you don’t want St. Patrick’s Day to end, be sure to check out these performances happening March 27 - 28. With a polished international reputation and with over a million CDs sold worldwide, The Celtic Tenors offer something truly unique — the skill, range and ability of world-class tenors, combined with the personality and fun of genuine performers. The Celtic Tenors will perform classical arias, acapella, hauntingly beautiful Celtic harmonies, and popular contemporary songs at the beautiful Orpheum Theatre.

Part of week-long St. Patrick’s Festival happening at The Blarney Stone in Gastown, this St. Patrick’s Day Eve event will feature a delicious three-course dinner infused with Jameson nectar and paired with Jameson whiskey cocktails. The Jameson Brand Ambassador will regale you with the Jameson Irish Whiskey story while live Irish music soundtracks an evening’s worth of good food, good people and great whiskey.

In 1780, John Jameson established a way of making Irish whiskey that Jameson has been proudly sticking to ever since. 200+ years later, it’s still being enjoyed all over the world and not just on St. Patrick’s Day.

How Vancouver's shipping community is signalling their support for our health care heroes
Apr 3, 2020 8:00 AM