Manuel Bernaschek, owner of Stefano Ricci in Vancouver, has produced a series of music videos with local pianists from Vancouver — performed on an exquisite California Walnut Fazioli piano — for all to watch and enjoy.

Stefano Ricci started in the world of clothing being known as ‘The King of Ties’, producing incredibly unique ties under their own name and also for other top tier brands. The luxury fashion brand soon expanded into producing a full line of men’s wear, both formal and casual, as well as porcelain, silver, crystal, furniture, and fine watches.

With the first retail location founded in Florence in 1972, Stefano Ricci has over 70 stores around the world, but only one in all of Canada, located in Vancouver on West Georgia Street.

Like all Stefano Ricci shops around the world, the Vancouver location is stunning and decorated like no other clothier in the country – with floor to ceiling cabinetry in California Walnut.

Manuel Bernaschek, a local business man that loves all things Italian, is the owner of Stefano Ricci’s Vancouver location. He made his mark by introducing the fine, handcrafted Italian Fazioli piano to the city. 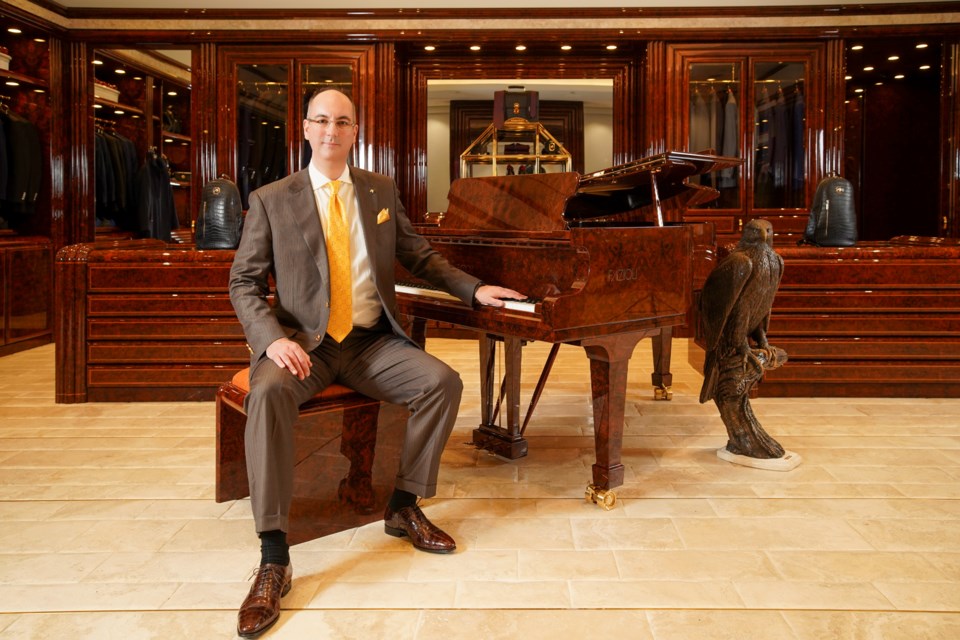 Bernaschek ordered a special Fazioli in the same California Walnut finish as the Vancouver shop, so that visitors can enjoy live music during their shopping experience.

Having operated the shop for 14 years in Vancouver, Bernaschek has met many talented musicians that could benefit from a little additional exposure.

In collaboration with Showcase Pianos, he has produced music videos for these local talents, all performed on the beautiful California Walnut Fazioli piano, to be shared online for all to view.

The local pianists featured include:

The Stefano Ricci Piano Series performances will be released weekly on the Showcase Pianos YouTube Channel.