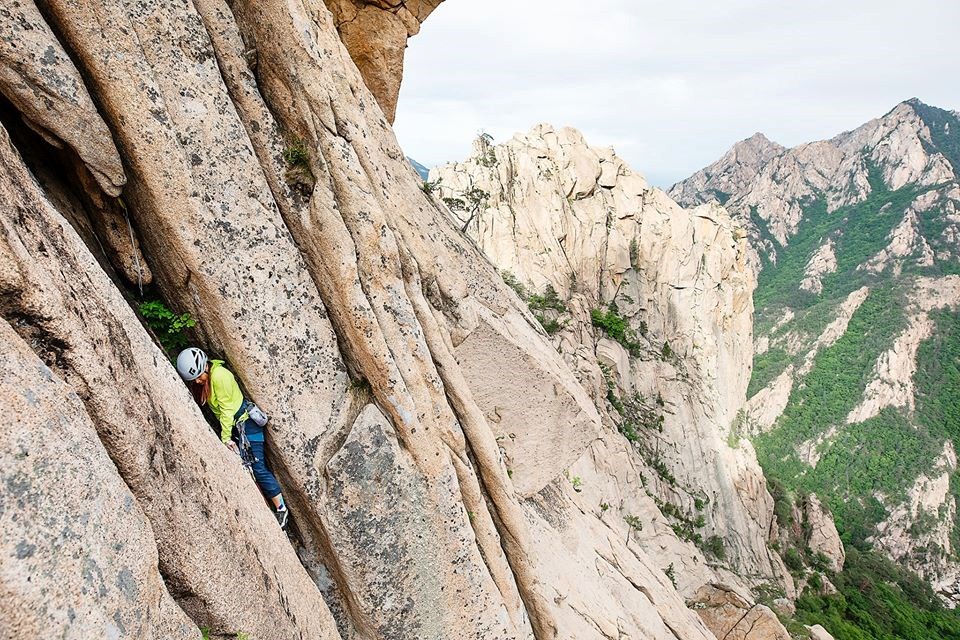 It’s back! The Vancouver International Mountain Film Festival (VIMFF) presents another year of astonishing outdoor adventure films from B.C. and beyond. The nine-day event will feature film screenings, photography exhibitions, workshops, seminars and live multimedia presentations by the world’s most fearless filmmakers and adventurers.

This year’s presentations will speak on themes of diversity, accessibility and inclusivity in outdoor adventure, which will be echoed at the festival’s opening night, presented by Arc’teryx. The opening event will include a special guest-talk by global adventurer and inclusivity advocate Shelma Jun. Similarly, Adventure athlete Erik Weihenmayer, the first blind person to climb Mount Everest, will also talk about his most recent adventure; kayaking through the Grand Canyon on February 28.

Adventure Photographer Corey Rich: With a background in rock climbing and photojournalism, Corey’s work spans a range of genres, from iconic still imagery for leading editorial publications to television spots and films to directing high-production-value commercial projects for Fortune 100 companies.

French Paddler Nouria Newman: Nouria will present two short films documenting her adventures. A Kayakers Solo Adventure In India, shows her embarking on a solo multi-day descent on the raging waters of the Indus river up in the Himalayas. Chasing The Patagonia Triple Crown is a film about Nouria, Ben Stookesberry and Erik Boomer on a 6-week exploration of Patagonia rivers.

UBC Ski Show Photographer Rueben Krabbe: A local photographer who will be sharing the finale of a three-part series of mindblowing ski photographs. More than just a guy with a camera, Reuben skis and mountain bikes alongside the athletes he documents. Reuben will present his short film Nebula, which documents the last part of his trilogy of images. The journey started in 2013 in the Yukon under the aurora borealis, had its middle piece during a solar eclipse near the north pole, and finishes near Pemberton under a blanket of stars.

Squamish Mountain Biker Adreanne Lanthier Nadeau: Squamish mountain bike racer, “ALN” is ranked 3rd in the Enduro World Series circuit. The race that put her on the map was her out-of-nowhere win at the Hood River stop of the Oregon Enduro series, in the Pro Women's field. And with a strong 4th position on stage 1 of the Whistler Crankworx EWS, ALN went to the final rounds of the series.  She's stood on the EWS podium twice, and had some outstanding races showing her aggressive and smooth riding style. ALN will be presenting at the Race Face Creator Series Show on February 29 at the Rio Theatre.

Mountain Bike Hall of Famer Hans Rey: This Freeride pioneer will present the World Premiere of his new film, Trans Hong Kong Urban Adventure.
​​​​​​​
Surviving the Outback with Australia’s Sarah Marquis: The VIMFF will donate $2 from every ticket to the Surviving the Outback show to WWF’s Australian Wildlife and Nature Recovery Fund, to help injured wildlife and forest restoration damaged by the bush fires.

From edge-of-your-seat excursions atop the world’s most dangerous mountains to thoughtful explorations of inclusivity and accessibility, this year’s VIFF takes a timely look at how we relate to our natural world. This year’s venues include the Centennial and Rio Theatres, the Cinematheque, Olympic Oval, Kay Meek in West Vancouver, Frederic Wood Theatre at UBC, Inlet Theatre Port Moody.

How Vancouver's shipping community is signalling their support for our health care heroes
Apr 3, 2020 8:00 AM