Vancouverites share their opinions on living in our city

img: JamesZ_Flickr All at once, Vancouver has been called the world’s most livable city, the most unaffordable city, the greenest city, and the most frustrated fanbase in Canada. The truth depends on who you ask.
0 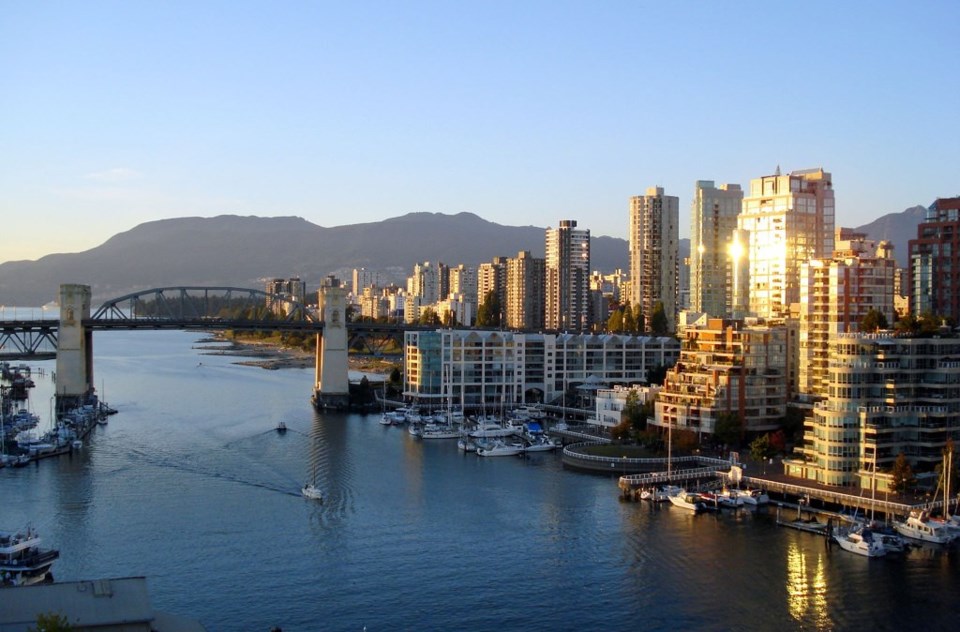 All at once, Vancouver has been called the world’s most livable city, the most unaffordable city, the greenest city, and the most frustrated fanbase in Canada. The truth depends on who you ask. Having been born in Vancouver, I grew up assuming that every city would have mountains to the north, oceanside walking on three sides, and an abundance of multicultural restaurants everywhere you looked. Travelling the world has taught me to really value our city and everything awesome about it. But this gorgeous place definitely comes at a cost, and not without a few black spots.

Last month, we ran a story about the city’s beauty and its contrast with the ugliness of the drug and sex trade, the unbelievably high cost of living, and hand-wringing that goes along with trying to figure out how to stay afloat. So what is Vancouver to Vancouverites? We asked a few people what it’s really like for them to live here. What really matters to them and what are the big challenges when it comes to actually spending every day in the city?

“Man, everything is crazy expensive. I just feel lucky and fortunate for my background and upbringing. I think I’m set up well for this environment. I live downtown and work in North Vancouver, so I’m at the mercy of my place of employment, because I’d rather kill myself than commute over an hour. The seabus being two zones is a joke.

Rent is obviously ridiculous, but I can afford it right now. I think the market here is so expensive that you almost feel belittled or vulnerable when you’re looking for housing. It’s almost like home security is more important than job security. This is such a weird place to live.

I love it here though. I can do anything I want. Everything is at my disposal, you know? It’s such a mixture of people. I come from a small town where everybody knew everybody and their business. You couldn’t get a scratch ticket without bumping into two exes, three friends, four enemies, five coworkers, and six relatives. It’s almost more private here even though there’s more humans.

People talk about building on and improving the community, but I live in a place that’s tearing down two viaducts responsible for 81% of downtown-bound commuting. So I’m not really for all that. I think you could do something about transit prices or better transit in general to make commuting easier so that people weren’t handcuffed with roommates. Making a more inclusive community depends on the people in the community, not the city itself. I think, like everything, it’s perspective. It’s what you make of it. Like, there’s always something going on. Go out and find it, go be a part of it.” 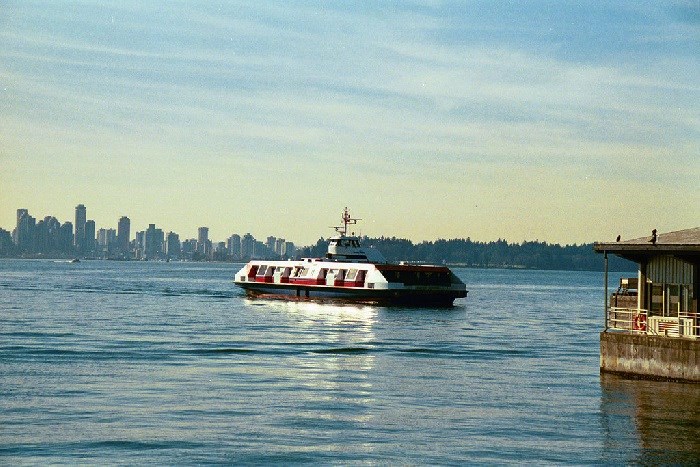 “Living in a city where I can get to everything I need by bike or train is a stark contrast to living in Edmonton, where it was necessary to own a car. It’s been fascinating to experience that paradigm shift; here in Vancouver, I’m actually able to function quite well without a vehicle.

My ex (who moved from Calgary to Vancouver) adopted a similar lifestyle here, and would frequently comment on what an extreme difference this city has made on her physical health. It’s been a major lesson - that urban planning has such a massive impact on our energy consumption, what food choices are available to us, and what we do in our free time.

Vancouver’s high land value forces us to optimize our land use. We really have to be smart about what we do with it. Through my work in urban development, I’ve seen some of Vancouver’s world-leading planning, design decisions and policies. I wish other cities would take note and follow suit.

On a related note, I am surprised that Edmonton still has an infinitely better waste management plan. For a city that wants to be the ‘world leader in sustainability’, I have to ask: Where are the compost bins, Vancouver?!!“ 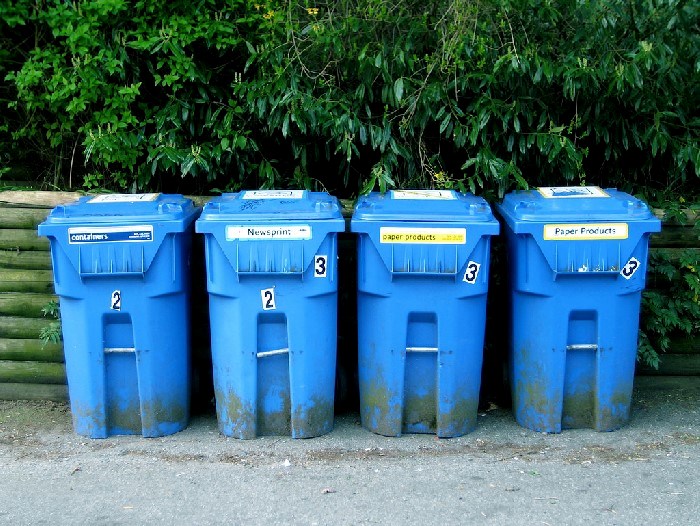 It’s so expensive here, and everybody is looking for housing. One place I looked at had thirty applications in two days. It’s crazy. One annoying thing is that lots of places are shown by building management, so you can’t make a good impression when you’re looking at an apartment in person. It just comes down to what your application says.

Landlords list real dumps, and people will take them. It’s not like you can prove a point by not taking the apartment, because someone else will take it. I won’t own a home here. It hasn’t even crossed my mind. I mean, I could own a place with mine and my boyfriend’s income, but we don’t want just a condo for all that money.

Very little keeps me in Vancouver. I like the city a lot, but I plan to go back to Nanaimo in a year, buy a house, start a family. I’m definitely not here for the money. But I love how convenient the city is. Transit is easy and fast. I don’t feel like anything is missing in my community. I mean, high prices suck, but everything else is great. I live in Mount Pleasant and people are great there.” 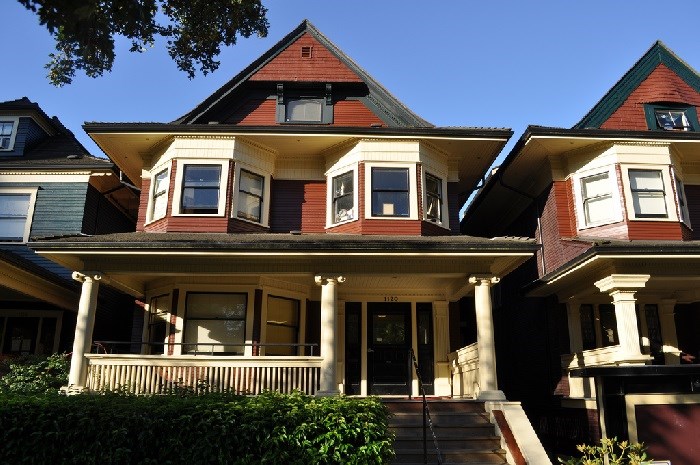 From housing costs to transportation concerns, environmental questions to the rising cost of food, Vancouver is currently in the hot seat. We’re facing some tough challenges - now, and in the years ahead. When the minimum wage goes up this September, will it really make a difference for those struggling to get by?

We want to know what you think. Some will always say that Vancouver is the only home they’ve ever known and they’ll never leave it, while others won’t stay attached to the city if the money isn’t there. Is affordability the biggest challenge you face, or are you more concerned with what your community looks like? If you could change anything, what would you change about the city?

Vancity would like to hear what you have to say about it. They’re asking readers to send in their thoughts on these and other important Vancouver issues, in the form of 30-second video responses. Their goal is to really listen to what the locals are saying and help find solutions.

Sincere, authentic opinions are welcome. Videos don’t have to be slick or professional-looking – just use the camera on your smartphone and share your point of view.

You can submit your video responses to www.vancity.com/dontgiveup or by adding the tags #DontGiveUp and @Vancity to any social media post. Each person that submits a video will be entered in a weekly draw to win a $1,000 Vancity Visa Gift Card.