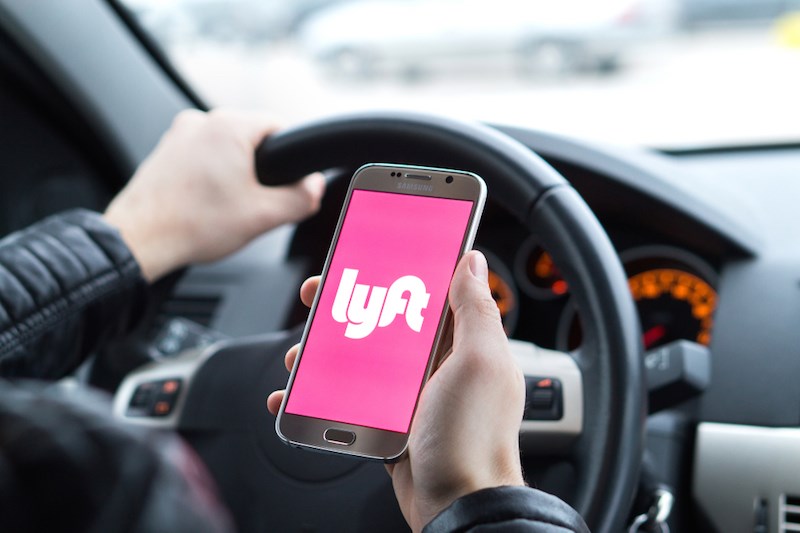 You can now catch a Lyft to and from both BC Ferries terminals, UBC, and all the way to the U.S. border. Photo: Lyft driver holding smartphone in a parked car. Tero Vesalainen / Shutterstock.com

Ride-hailing company Lyft has significantly increased their service area in Metro Vancouver. You can now use the Lyft app to catch a ride to and from almost the entire Metro Vancouver region, including both BC Ferries terminals, and as far south as the Point Roberts and Blaine, Washington borders.

When Uber and Lyft were first permitted to operate in B.C. on January 24, Lyft's service area was miniscule, encompassing just a portion of the City of Vancouver in and south of the downtown core, as well as YVR Airport on Richmond's Sea Island. However, Lyft soon expanded their reach by Feb. 10, serving all of the City of Vancouver, Richmond, New Westminster and North Surrey.

Now, however, Lyft has really grown, and will be able to offer ride service in all of Delta, down as far as White Rock, including Burnaby, Belcarra, Coquitlam, Port Coquitlam, all of North and West Vancouver, all of Surrey, as well as Langley City.

A quick search via the Lyft app shows that drivers can take a rider from the Mount Pleasant area to the Peace Arch border area for about $55, for example. 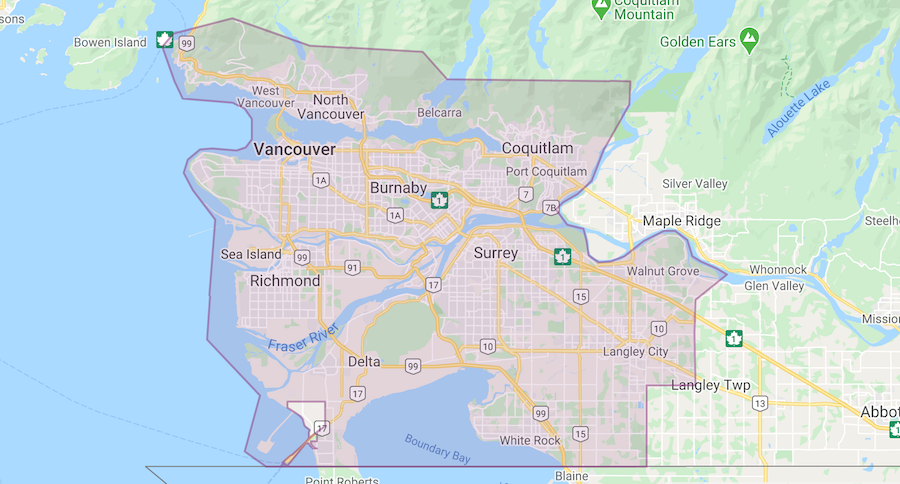 Lyft has expanded their service area as of March 2, 2020. Map courtesy Lyft

“We’ve heard loud and clear that Lyft users would like to see us operating in a larger region - and we’re thrilled to now be offering service from Horseshoe Bay to the US Border, and UBC to Langley. We’re looking forward to offering residents and visitors an additional way of getting to and from the ferry terminals, in addition to across much of Metro Vancouver. We will continue working hard to grow our driver community and serve the full region as soon as possible," said Peter Lukomskyj, General Manager for Lyft in B.C, in a media release.

Additionally, Lyft has taken some noteworthy steps in working to connect with the Vancouver community. Lyft is the Official Rideshare Partner for several organizations, including Vancouver Canucks, Vancouver Pride Society, Grouse Mountain and Pacific National Exhibition. It also partners with Tourism Vancouver. Also, Lyft previously announced Covenant House Vancouver as its LyftUp partner for the Round Up & Donate program and donated $5 from its first 10,000 rides in B.C., for a total of $50,000, to the charity.

UPDATE 2 P.M.: Uber has also revealed they expanded their service area starting March 2 in Metro Vancouver, and their reach is the same as Lyft's.