9 Things to Know Before Driving the Coquihalla in the Winter

Even the most seasoned veterans of BC's highways were surprised last month when the conditions on the Coquihalla caused it to be closed overnight, stranding some passengers for much longer than they'd ever expect to be out there for.

Even the most seasoned veterans of BC's highways were surprised last month when the conditions on the Coquihalla caused it to be closed overnight, stranding some passengers for much longer than they'd ever expect to be out there for. As I grew up in the Okanagan I consider myself one of those vets; I've been driving the "Coke" regularly, since the idea of taking the toll booth out was but a twinkle in the Transportation Minister's eye.

I had to make a non-negotiable emergency visit to see a sick relative last week, right after the highway had reopened. I know how to prepare for the trip and what to expect during the worst conditions so the trip went smoothly, but it got me to thinking that a list could be helpful for people who've never traveled this route. I don't recommend driving it during the winter months but if you have to, below are a few things you should think about before embarking. Some are taken from THIS POST that TranBC has published, and I've added a few of my own.

This is on the top of the list with an exclamation point for a reason, and that reason is that if you have the wrong tires YOU'RE GOING TO END UP IN THE DITCH OR FLYING OFF A CLIFF. Your rubber likely says "ALL SEASON" on it, but don't be fooled into thinking that literally means you can drive during any season of the year - you need to have either the letters "M+S" on your tires (mud and snow rated) or the mountain logo with a snowflake in it, which means winter tires. If you don't have snow and/or winter rated tires, you should absolutely not make this trip. In fact you're not legally allowed to from October 1st - March 31st. I've got M+S ones on my Highlander Hybrid, which is a notch below the snowflake ones, and they worked out great during my recent trip described above.

HERE is more info on tires.

2. Make sure both your headlights and tail lights are working

This is going to come in handy when the fog hits. The photo below is a mellow look at fog on the Coquihalla. Often times it will hit like a brick wall and you'll have to slow from 120km/hour to 30 because you can't see 10 feet in front of you. 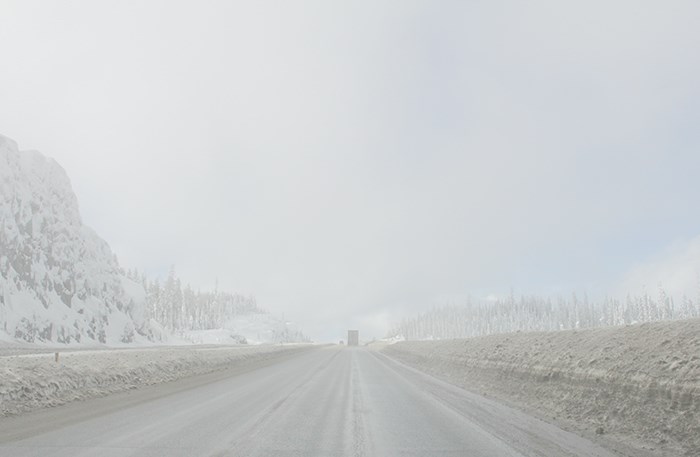 3. Make sure your car has a full tank of gas

Imagine you were one of those people who got stuck overnight, and you ran out of gas because you were freezing cold and you wanted to keep the heat on. OR imagine you weren't stuck overnight and simply ran out of gas because you didn't realize the distance between Hope and Merritt is quite long. Topping up in Chilliwack on the way there not only makes sure you'll make it, but gas is also cheaper out there because they don't have the gas tax we have in Metro Van... so it's a win win.

See above. Imagine if your car broke down/ran out of gas and you were in the middle of nowhere, with no cell reception, and you were wearing a t-shirt. That'd be a long wait for help. You'll want to dress warm but also keep a blanket in the trunk, just in case.

Again, see above for the scenario where you're sitting there at the summit overnight. I generally keep canned chili in the trunk along with Clif bars and a litre of water.

This is the government site that's got a ton of live cameras that show the conditions, and beyond that they have all the info you need to be prepared for what's ahead. Here: drivebc.ca. 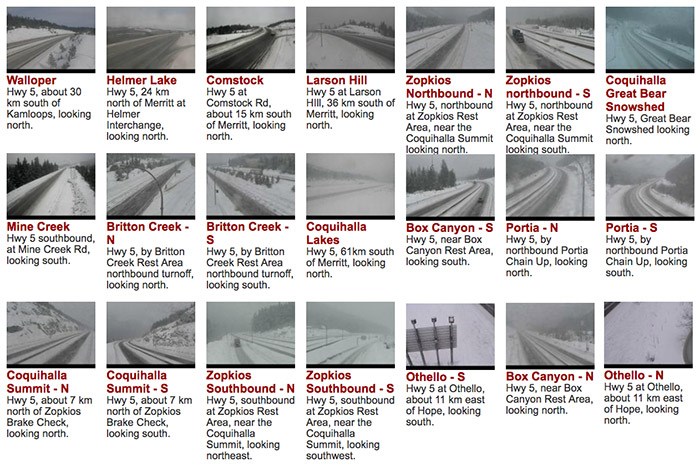 7. Bring a cell phone and a charger

The reason for this should be obvious: to play Pokemon Go! There's usually a Snorlax just past Hope, and there's a gym by Othello Tunnels that's always empty. JUST KIDDING. Bring your phone in case there's an emergency.

8. Be ready for wind

There's more than one stretch of road here where the cross winds are so strong that it freaks people out when driving it. Proof of this is in the fact that wind farms are sprouting up at certain points (the super windy ones!) and in this anecdote: a couple of years ago I witnessed a lightweight travel trailer being blown off the road near where the photo below was shot. A gust lifted the trailer up and dragged the truck that was towing it along with it, resulting in a pile up. 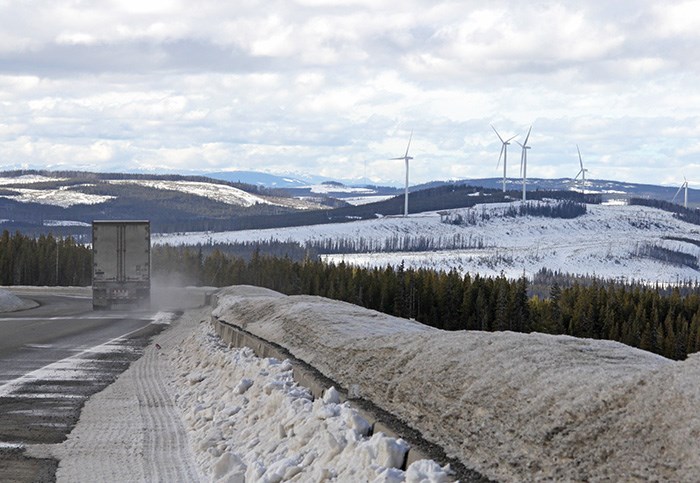 9. Be ready for pooling water

They do an amazing job of plowing snow off the highway, laying down salt and sand and making the conditions as best as they can be, despite them not being ideal. However when the snow around the lanes starts to melt it sometimes results in pooling water in the lanes themselves. Regardless of how good your tires are, hitting a pool of water going 120km/hour can often result in a dragging feeling, and an inexperienced driver might overcorrect and put their car into a spin. Don't do that. Keep steady. 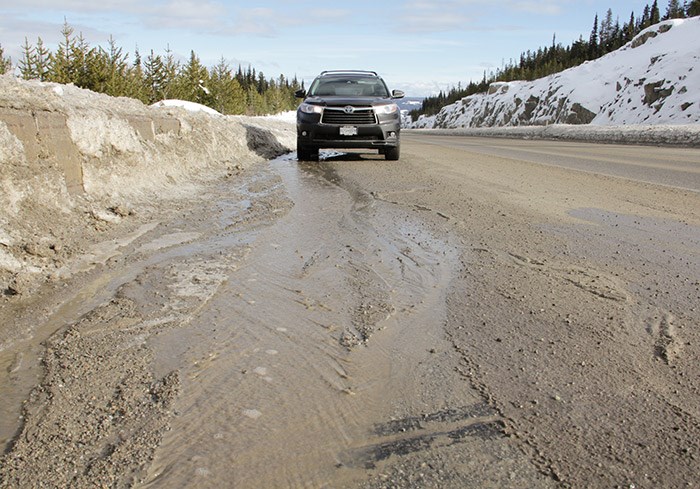 Bottom line is that if you don't have to travel the Coquihalla in the winter, perhaps reconsider. If you must do it, these tips from a vet should help!