A Sunday drive around the Scenic 7

It's hard to believe that Toyota BC has been presenting this On the Road driving feature of ours for a full 3 years now! In that time I've been driving my Highlander Hybrid to every corner of the province, then returning with suggestions on places yo

It's hard to believe that Toyota BC has been presenting this On the Road driving feature of ours for a full 3 years now! In that time I've been driving my Highlander Hybrid to every corner of the province, then returning with suggestions on places you should consider checking out. I love this vehicle just as much as the day I got it, in fact even more so. Partly for the fuel efficiency and comfort but also for the ease of travel, getting anywhere I want to go from meetings in the city to sketchy logging roads to adventures up Highway 1.

This past weekend I took my little fam out past Chilliwack with the intention of heading to a couple of little lakes near the town of Harrison Mills. Unfortunately there was an accident on the bridge that crosses the Harrison River - with a 6 hour delay - so instead of waiting we ended up puttering around the district of Kent and the community of Agassiz.

There's a tradition of farming in the area, so at various points along the Scenic 7 you'll find goats and sheep and other beasts to ooh and ah at. 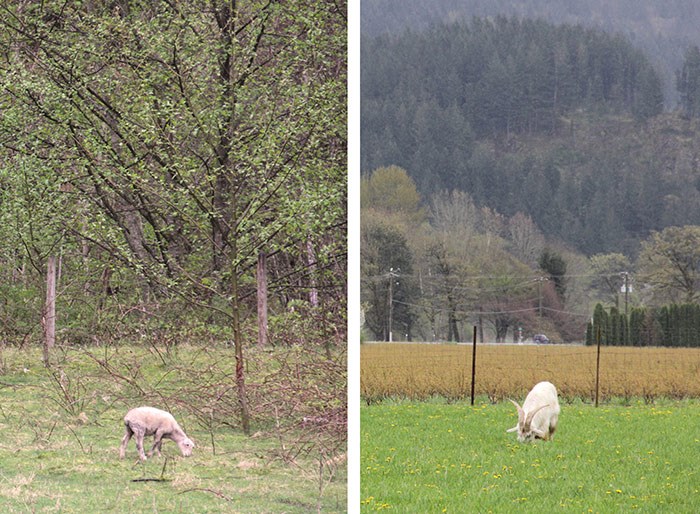 During our drive we happened upon a lot of relics of a time past. First was this rail bridge that goes over Old Scowlitz Road (BEST ROAD NAME EVER) near Kilby Park. AT first I thought the KEEP OUT graffiti might indicate that the road is actually private but then I remembered a public boat launch that branched off of it, so we continued on. 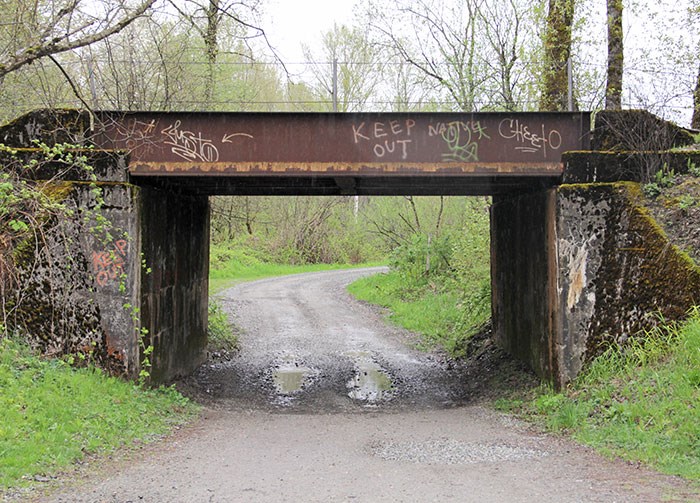 There are a few cute houses along the road before it hits the river, complete with cute boats on trailers on neatly trimmed lawns. 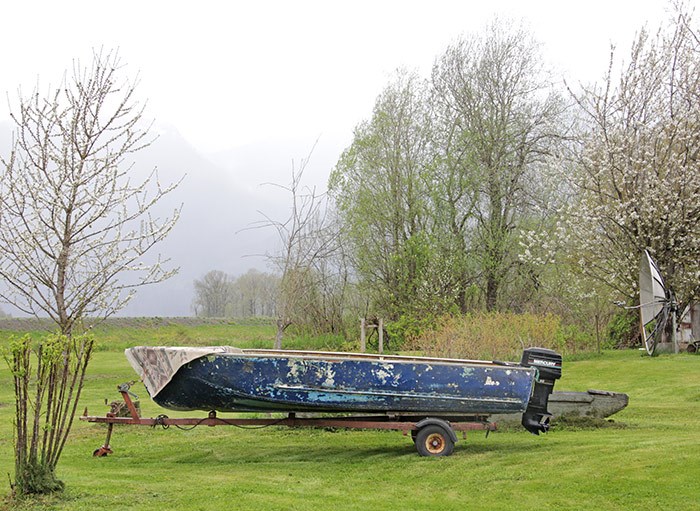 Check out the satellite dish on the right

At the end of the road, right on the river, sits this old concrete structure, and since it is on private property beyond a gate this is as close of a photo as I could capture. 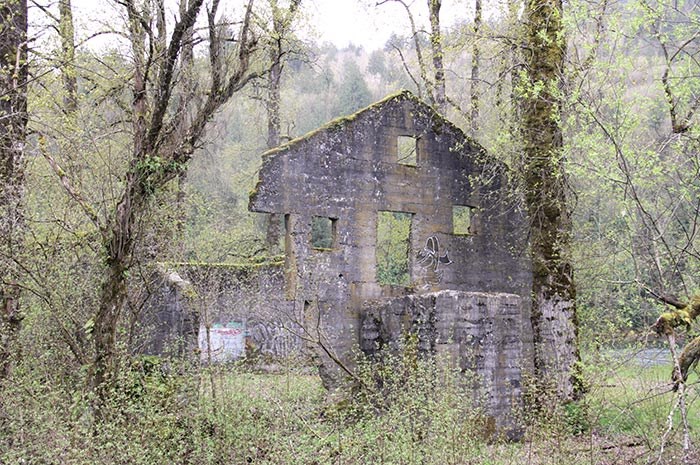 If you've ever driven to Harrison Hot Springs you'll have seen signs for the Agassiz Speedway where they hold stock car races. We popped in hoping to chance upon a race but found it closed (I promise I will take you back here and share the experience of a smalltown car race one day). 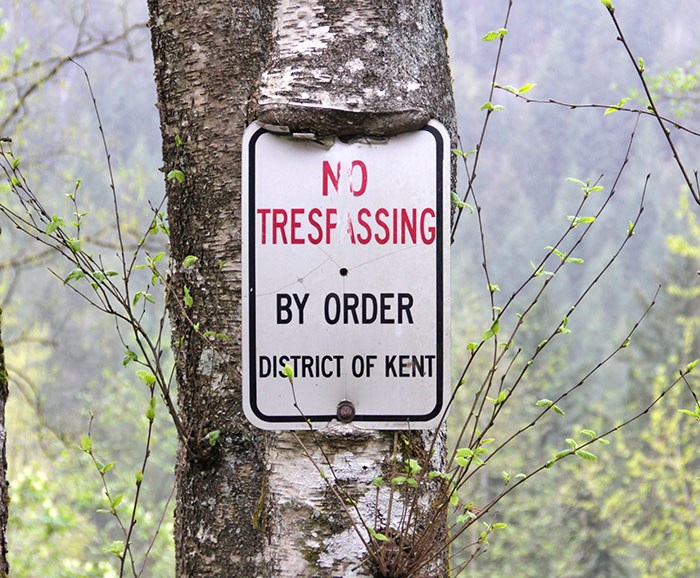 Our final destination was a beach area on the East side of the Fraser River, a spot where people launch their boats and fish for salmon. My son's bike has been in the back of the Highlander for a couple of weeks and he was thrilled to take it out and rip around. 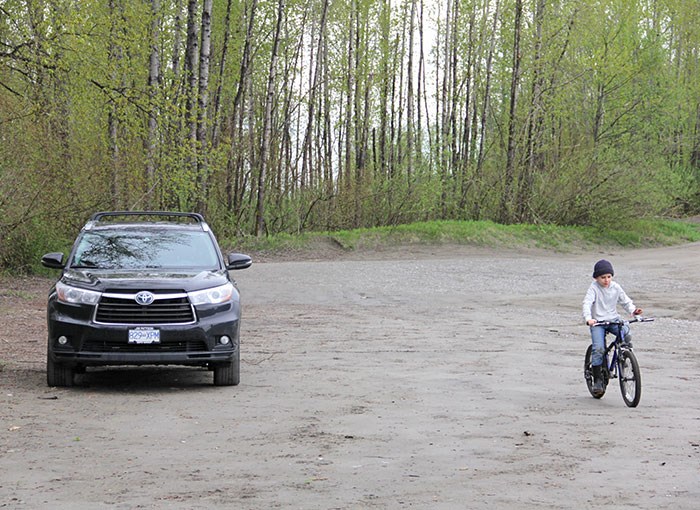 Lots of room in the back for bikes! 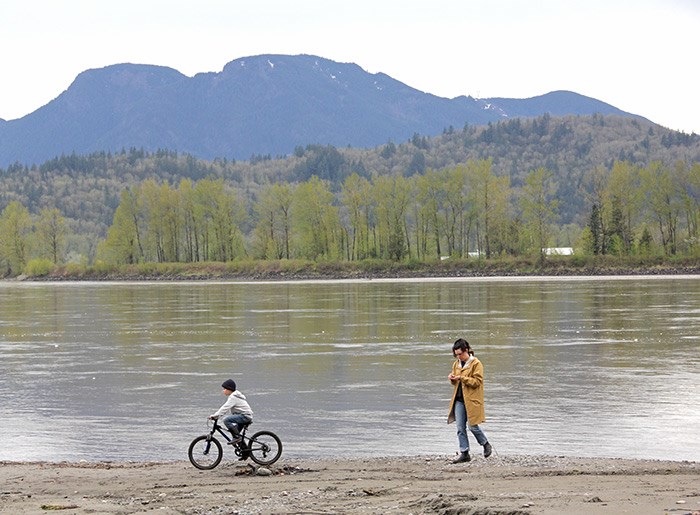 Fun times on the river