Health authorities are also asking those returning to Canada from Iran self-isolate for 14 days, even if they have no signs of illness.
Mar 3, 2020 6:56 AM By: Jane Seyd 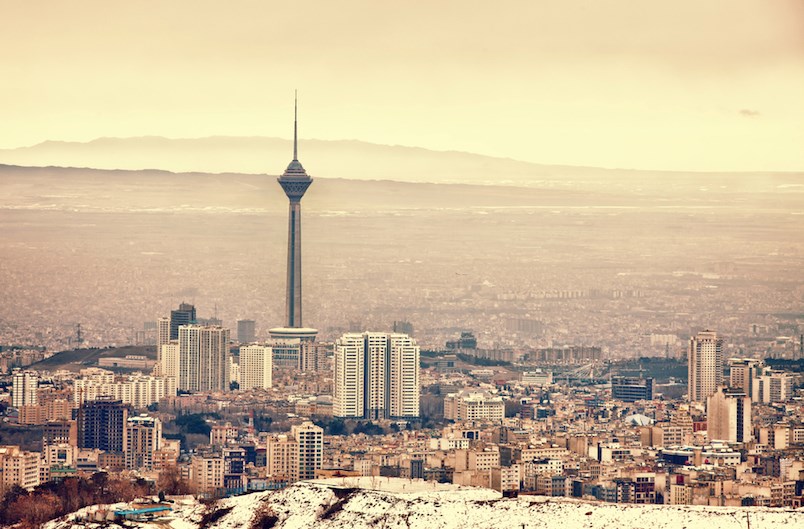 Canadians are being urged to avoid any non-essential travel to Iran due to the spread of COVID-19, aka novel coronavirus. Photo: Tehran skyline/Shutterstock

Health officials said Monday Canadians should avoid all non-essential travel to Iran and those returning from that country to Canada should contact health authorities and self-isolate in their homes for 14 days – even if they have no symptoms of illness – to stop the spread of the novel coronavirus.

Dr. Theresa Tam, Canada’s chief public health officer, announced the new warnings about COVID-19 Monday, as Iran became one of the global hotspots for the epidemic.

Tam said health authorities took the special step of singling out Iran as a country of concern in the coronavirus outbreak because “that is a country with rapidly escalating cases and local transmission . . . those are the ones we pay particular attention to.”

So far there has been no call to cancel large gatherings such as upcoming galas held in conjunction with Norouz celebrations marking the Iranian new year. Tam said it will be up to provincial authorities to make decisions on that, but advised anyone who is organizing such events to get in touch with health authorities.

Norouz events hosted by the Canadian Iranian Foundation are planned at North Vancouver’s Shipyards this weekend and downtown at the Pinnacle Hotel later in the month.

A concert by an Iranian star Rana Mansour had also been scheduled for North Vancouver’s Centennial Theatre this month but was recently postponed citing “the aim to reduce the risk of the coronavirus” as the reason in an announcement on social media.

Members of the local Iranian community are reacting to the latest news about the spread of the illness with concern – particularly for family members who are still in Iran or who were planning to return home to Canada but finding that difficult - said Ali Najafi, owner of Apadana Travel in North Vancouver.

Najafi said the weeks around Norouz are usually a busy time in the Iranian community, with many people in Iran taking holidays and travelling to see family or hosting visitors from Canada.

This year, people are opting not to travel, he said.

The main issue his travel agency is dealing with is trying to find flights out of Iran for customers who are stuck there, he said. Many flights to and from Iran have been cancelled and the few remaining flights – all of which involve multiple stops – can run more than $4,000 a ticket, he said. “It’s a bad situation,” he said.

He added most people from the Iranian community are supportive of efforts from health authorities to contain coronavirus.

Most have doubts that the numbers being released by Iranian authorities are accurate, he added.

That conclusion also appears to have been reached in an unpublished scientific paper which attempted to quantify more probable numbers for the Iranian coronavirus epidemic, using travel patterns as well as known numbers of cases that have been identified as having being exported from Iran to other countries. That paper put the estimated number of cases in Iran at anywhere from 3,770 to over 53,000 - much higher than the official estimate of 1,500 cases Monday.

As of Monday, 27 people had tested positive for the coronavirus out of approximately 2,900 people tested in Canada, said Tam.

Eight of those cases are in B.C. including the three most recent cases, which have all been linked to travellers from Iran. The most recent case, a woman in her 60s from Tehran who is visiting family in the Vancouver Coastal Health region, which includes the North Shore, was announced Saturday.

Her case is said to be mild. B.C.'s sixth and seventh cases of coronavirus were also linked to travellers coming back from Iran.

“Right now inside Canada the risk to the general population is low,” Tam said Monday.

But she added the risk could be moderate for older people and people with underlying health conditions as well as for those who have travelled internationally.

In neighbouring Washington State, six people have recently died of the illness, including several who were residents of a nursing home in Kirkland, Washington.

Tam said health authorities here are preparing the health system in case of a possible rapid spread of the illness, which could potentially involve a ban on large public gatherings and closures of schools and workplaces if rapid spread in the community is observed.

You can stay at this award-winning oceanside retreat in Tofino for a beautiful local summer getaway
Jun 29, 2020 8:30 AM