Hainan Airlines to launch Canada’s only non-stop flights to Shenzhen, from Vancouver

The new routing will see planes fly non-stop between Vancouver and Shenzhen, starting January 28, and be the only non-stop flights between Canada and that Chinese city in Guangdong province, which borders Hong Kong.
Glen Korstrom
Jan 22, 2019 7:33 AM

China’s Hainan Airlines plans to alter the routing of the Shenzhen-to-Vancouver flights that it launched in May 2018, and remove the stopover in Tianjin.

The new routing will see planes fly non-stop between Vancouver and Shenzhen, starting January 28, and be the only non-stop flights between Canada and that Chinese city in Guangdong province, which borders Hong Kong. 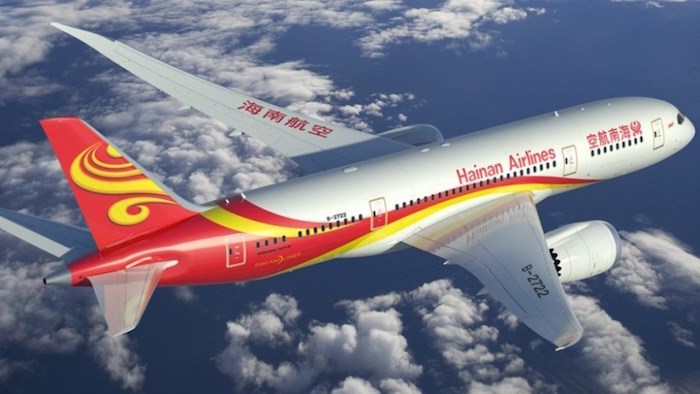 There will still be two flights per week – on Mondays and Fridays, and the airline plans to use Boeing Dreamliner 787-9 planes, Hainan Airlines announced January 20.

It has a network of 19 routes with destinations in North America.

The move by the airline comes as tension between Canada and China has ratcheted up in an escalation of a spat that started in December, when Canada detained Meng Wanzhou, CFO of the large Chinese telecom Huawei, at the behest of the U.S. government, which sought her extradition for allegedly misleading banks into providing money to Huawei for initiatives that violated U.S. sanctions on Iran.

China then detained Canadians Michael Kovrig and Michael Spavor in two separate moves that the Chinese government said was unrelated to Wanzhou’s detention, which is in a $5.6-million, luxury mansion that her family owns on Vancouver’s West Side.

Kovrig and Spavor, in contrast, are being kept in prison cells where the lights are on 24 hours a day, Canada’s ambassador to China, John McCallum, last week told members of the House of Commons foreign relations committee.

He told reporters that Kovrig and Spavor are subject to up to four hours of questioning each day with no access to a lawyer – a situation that may go on for up to six months, in accordance with China’s legal system.

China also found new evidence against Canadian Robert Lloyd Schellenberg, who had been sentenced to 15 years in prison for being an accomplice in a drug-smuggling operation. That led to a speedy trial that upped the sentence to the death penalty.

Canada and China then each issued travel advisories to warn citizens against travelling to the other country.

Tourism insiders in B.C. are concerned about that travel advisory, given that China is Canada’s second largest source of international visitors, with 285,521 Chinese citizens visiting the province last year.

The Conference Board of Canada, however, last week issued a report that projected that overnight visits to Vancouver by international visitors would increase 3.3 per cent in 2019.

Despite pressure to allow non-essential travel, restrictions not being lifted on Highway 3
Dec 6, 2021 1:24 PM