From the Empire State building to the Statue of Liberty, Rockefeller Centre to Central Park, New York offers an abundance of places to explore.
0
Mar 21, 2019 12:17 PM By: Elana Shepert

Are you dreaming of visiting the big apple, but don't want to pay the big bucks to do so?

From the Empire State building to the Statue of Liberty, Rockefeller Centre to Central Park, the city offers an abundance of places to explore. With that in mind, a plane ticket to New York isn’t always cheap, and therefore many Vancouverites have yet to discover its magic.

Luckily, this hack allows you to fly to this world-class city for under $300 CAD return. The trick is to buy two separate one-way tickets, with two separate airlines, rather than booking them together as a return.

As such, the total cost of the round-trip ticket comes out to roughly $296.01 CAD including tax. 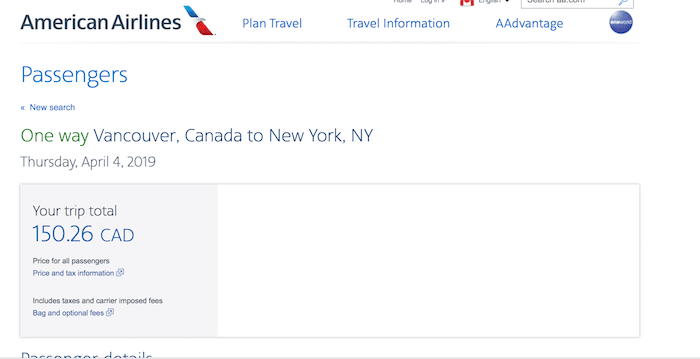 NYC offers a plethora of things to see and do, as well as places to range of places to stay. Of course, staying in Manhattan or right in Times Square typically costs a bit more, but it may be worthwhile to stay downtown. Also, a CityPASS for New York gets you discounted admission into most of the city’s big attraction. If you purchase one before you start visiting, it can reduce the overall cost of your trip.

You may book your WestJet Airlines ticket here.

You may book your American Airlines ticket here.