Welcome to the latest series of Super, Neighbours blog posts where we highlight incredible travel destinations in British Columbia! In PART 1 of this series on our trip to Poet's Cove I introduced you to the discounted packages that include ferry fee

In PART 1 of this series on our trip to Poet's Cove I introduced you to the discounted packages that include ferry fees and accommodations all bundled into one price care of BC Ferries Vacations. PART 2 was all about the cottage we stayed in, PART 3 brought an ocean adventure, PART 4 a spa visit and in PART 5 we got fed, and well.

I've been on many ferries over the last few months traveling from the Lower Mainland to Victoria, Tofino, Quadra Island, Cortes Island, Galiano Island and the Sunshine Coast (which isn't technically an island but operates on the same clock). If there's one thing that I've noticed when I've reached these destinations it's what is often referred to as Island Time. What it is is mostly intangible, a simple change in the overall vibe of your surroundings and the people in them that essentially slows things down a notch and simplifies life and allows you to breathe a little easier. A little deeper. Arguably, a little better.

Like I said, indicators of Island Time are mostly things you can't actually put your finger on. It's more of a feeling really, but there are physical manifestations that you'll find. One of the best ones I've come across was during this trip, and to me it perfectly illustrates the way of thinking - and of living - on Vancouver's islands.

It's called a Car Stop. Like a Bus Stop that you see all over the city, but as Pender Island (North and South) is a small place there's no need for an actual transit system. People who live there and don't have a vehicle find their way to one of these Car Stops, wait a little bit, and sooner or later somebody else who lives on the island will drive by and hopefully pick them up and give them a ride to where they're going. 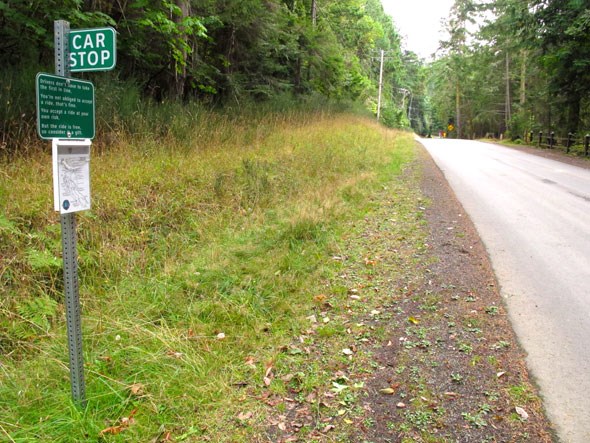 You might be thinking "Um, isn't that called hitchhiking?" and to that question I would mostly answer yes, but living in a community of 2,500 people puts you in a position where you basically know, or are familiar with, most of the other people who live there. The act of hitchhiking is not something scary like it might be in the city and is in fact encouraged and promoted as "community transportation that is simple, free and safe". 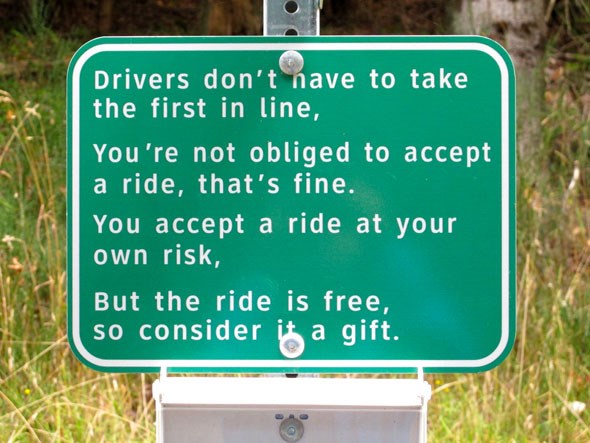 You can grab a map at the Car Stops, or download one HERE. 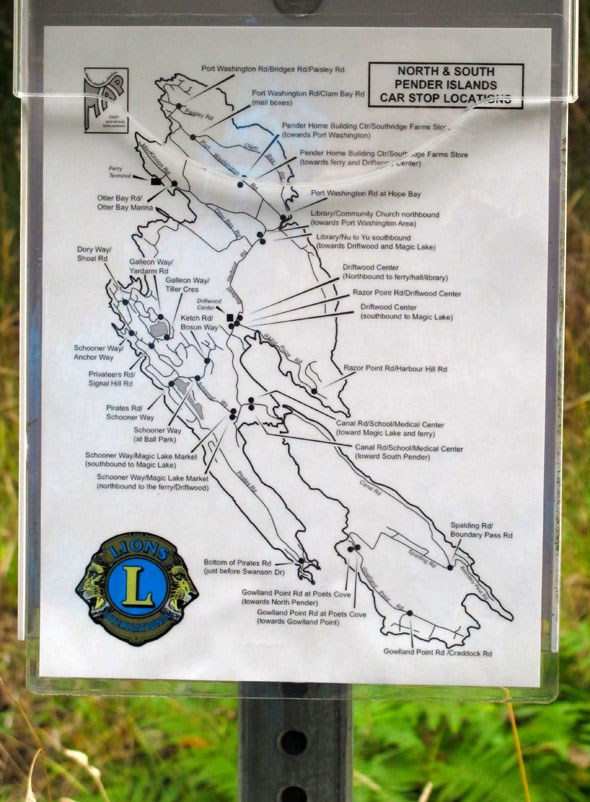 This particular Car Stop that I photographed is located right at the top of the Poet's Cove driveway, so if you didn't want to drive onto the ferry it's entirely within the realm of possibility that you might walk off, stand at a nearby Car Stop and then get picked up and dropped off at the resort where you'll spend your vacation on Island Time!