While Vancouver saw some frigid lows this winter as well as a whopping 34 cms of snowfall in only five days, the spring forecast looks decidedly milder.

AccuWeather has released its annual spring weather forecast for Canada, and its meteorologists predict that there will be a strong end to the season for ski resorts across the Canadian Rockies.

The forecast highlights how B.C. has seen an onslaught of storms this winter, but that,"residents south of the Trans-Canada Highway will see a break from the unsettled pattern heading into spring."

With this in mind, the report notes that the dominant storm track is expected to shift northward in the coming weeks. As such, Northern B.C. and the Canadian Rockies could see significant rain and snow.

The forecast adds that ski resorts will continue to reap the benefits of these storms well into the spring. 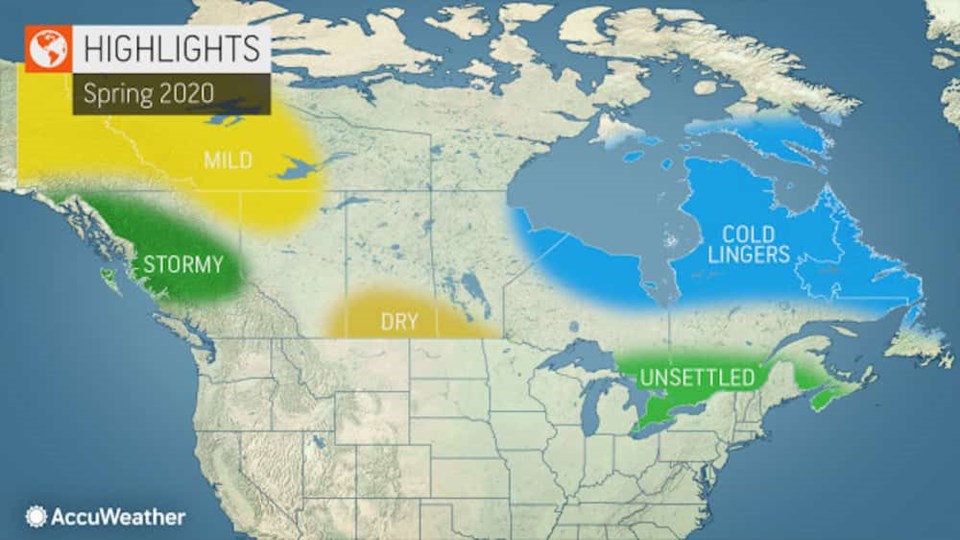 Anderson notes that the abundant snow in the mountains may be a boon for alpine enthusiasts toward the end of ski season, but that it isn't good news for everyone.

“As the snow melts, the risk of river and stream flooding down into the lower elevations of Alberta and British Columbia will increase during late spring,” Anderson said.

The forecast adds that this flood risk may be extended through the end of the spring in areas to the north that face rounds of storms through April and into May.