234 new cases of COVID-19 announced in B.C. and one new senior death

The senior who died in the Fraser Health region was in their 80s and initially attended a small-scale birthday party
Oct 29, 2020 3:24 PM By: Sarah Grochowski 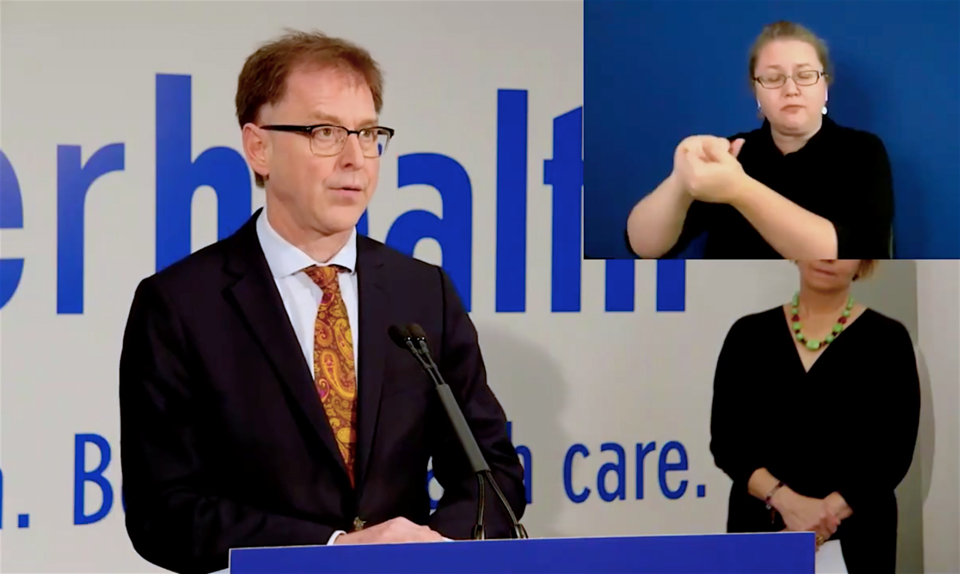 They were joined by the president and CEO of Fraser Health, Dr. Victoria Lee.

Henry spoke from Surrey, “we are here because in recent weeks COVID-19 has been disproportionately been affecting our Fraser Valley communities.”

More than half of B.C. cases identified are in the Fraser Health region, despite the area only possessing 39 per cent of the population.

Henry reported one additional death in the Fraser Health – it was a person in their 80s who initially attended a small birthday party with less than 10 others in attendance.

"Someone unknowingly brought COVID-19,” Henry mourned, which ultimately led to their death after being infected.

Provincial Health Officer Dr. Bonnie Henry, Adrian Dix, Minister of Health, and Dr. Victoria Lee, president and CEO of Fraser Health, will provide an update to the media on COVID-19 in BC. #CovidBC https://t.co/ldUMPQHeck

The active case count in B.C. has risen to 2,344 people battling the coronavirus.

In hospitals, there are 86 people with the disease, of whom 24 are in intensive care. The rest of those who are sick are recovering at home in self-isolation.

Previously, 14,109 people who tested positive for COVID-19 have recovered.

Concord Pacific doubles down in Surrey's downtown core
Nov 28, 2020 4:41 PM
Comments
We welcome your feedback and encourage you to share your thoughts. We ask that you be respectful of others and their points of view, refrain from personal attacks and stay on topic. To learn about our commenting policies and how we moderate, please read our Community Guidelines.