Called the Vienna House, the project is part of a collaboration between the City of Vancouver and the City of Vienna, Austria

An innovative and international housing pilot project is expected to be proposed in Vancouver, with ambitions of tackling the city's housing crisis and climate change as a whole.

Called the Vienna House, the project promises to address key local issues like housing and climate change through its proposed use of innovative building materials and designs. Now in its initial design phase, the project will be proposed as a six-storey building with approximately 100 units at the intersection of Victoria Drive and Stainsbury Avenue in East Vancouver, according to a media release from B.C.'s Ministry of Attorney General and Responsible for Housing.

The project is a partnership between BC Housing, the City of Vancouver, and More Than a Roof Housing Society.

The Vienna House project is also a collaboration between the City of Vancouver and the City of Vienna, Austria, to explore new materials and approaches to building affordable housing. A similar project, called Vancouver House, will be built in Austria while Vienna House is underway.

https://t.co/KmsauoOk1t, a proposed 100-unit affordable housing pilot project, is coming to YVR. In partnership with BC Housing, @CityofVancouver and @morethanaroof, the project will use innovation to address affordability, inclusion, and climate change. https://t.co/EB68ZQ0Dtn pic.twitter.com/kNhuscf4xv

"In responding to our housing crisis and the climate crisis, there's lots of work to do," said David Eby, Attorney General and Minister Responsible for Housing.

"Vienna House is part of how we are taking action. Responding to the housing crisis with 100 units and the climate crisis with high energy efficiency, this project will allow BC Housing to test different approaches to prefabrication, building information modelling and integrated design. Our goal remains building affordable, healthy and sustainable homes quickly and efficiently, and Vienna House will be part of the solution." 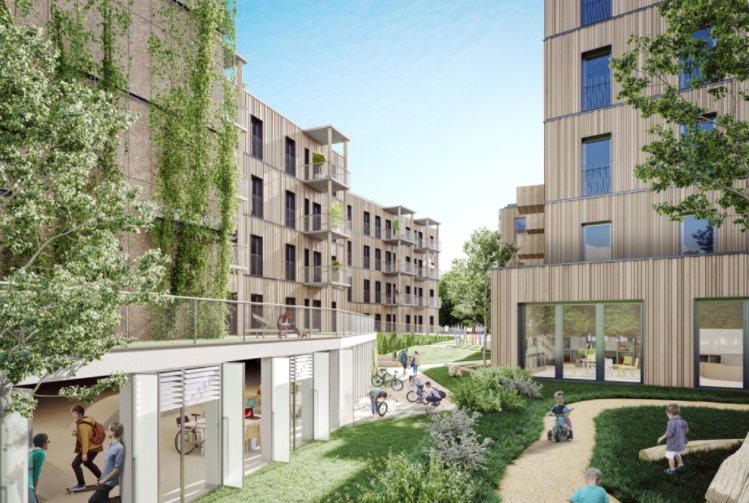 While there is a Vienna House in Vancouver, there will also be a Vancouver House in Vienna.Vancouver House will consist of 107 rental units, a kindergarten, 12 units for assisted living, and 11 units for single parents, all in a hybrid wooden structure. By Office le Nomade.

The building would provide rental homes for a range of households, including low to moderate-income individuals, families, seniors and those facing accessibility barriers.

The Vancouver Affordable Housing Agency and Vancouver's Public: Architecture + Communication are creating the initial design concept for Vienna House and moving it through the rezoning process. The application to the City of Vancouver for rezoning is expected to be submitted this summer.

If approved, tenants could move in late 2023, at which point ownership and management would be transferred to the More Than a Roof Housing Society.

For more information, you can check out Vienna House’s website.