A serial costume wearer in Vancouver lost his head, and he’s offering $400 for it back

A Vancouver resident who brings joy from mountain to shore with his handmade bear suit is seeking the public’s help in retrieving a vital piece of the costume.

Tilman von der Linde, 62-year-old Dunbar resident, has been transforming into Fritz the Bear for several years, ever since a woman on a Whistler gondola mistook his gorilla costume for an especially lanky bruin. After a forehead-slapping moment of realization, Linde created a bear head over the course of four months using an old hockey helmet as a base. Ever since then Linde says he, or rather Fritz, has a hard time getting away from the lift lines with so many people wanting to take photos with him.

"I mean who knew bears could ski? Well of course they do, they live up on the mountains, they must!" Linde said with a laugh in a recent interview with Vancouver Is Awesome. 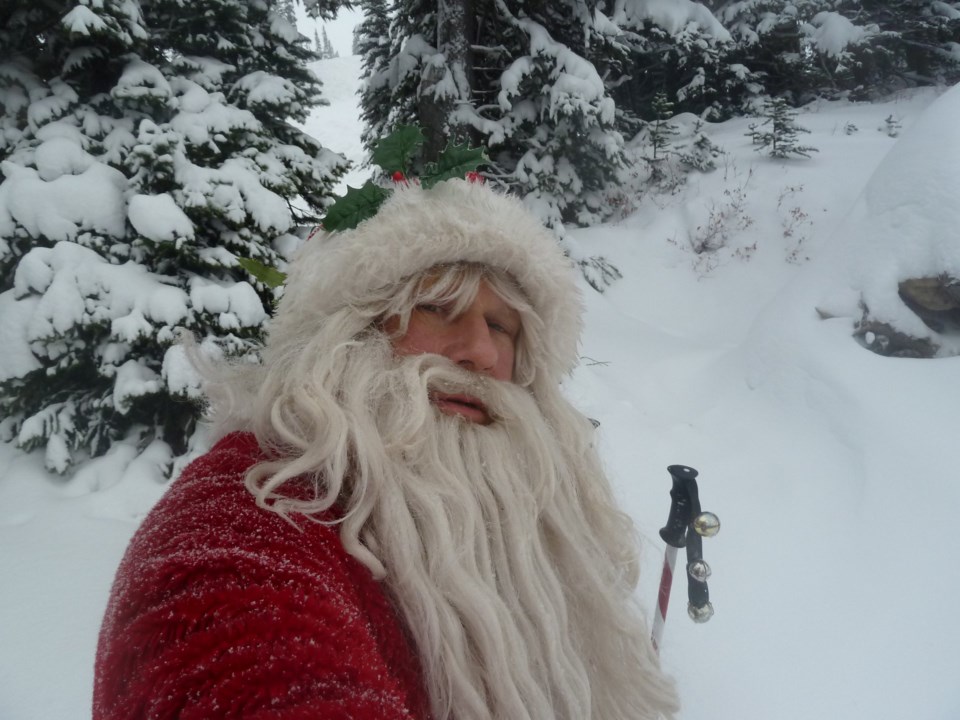 Linde explained he just wanted something more out of the sport, and apparently that means dressing up in anything but workout gear.

"Spring skiing is spring skiing, you can go up there in a fancy suit and ski and so on but it brings joy to other people to see something different up there," Linde said, adding its not just merely for attention.

"It's more being anonymous that way and just doing it for the sake of giving some people that smile that they get when they see something unique and odd."

Fritz is not the only character in Linde’s arsenal either. Often participating in half-marathons and other footraces like the Sun Run, Linde dons costumes to turn him into a gorilla, a chicken, a rabbit and sometimes a leprechaun or a gingerbread man. 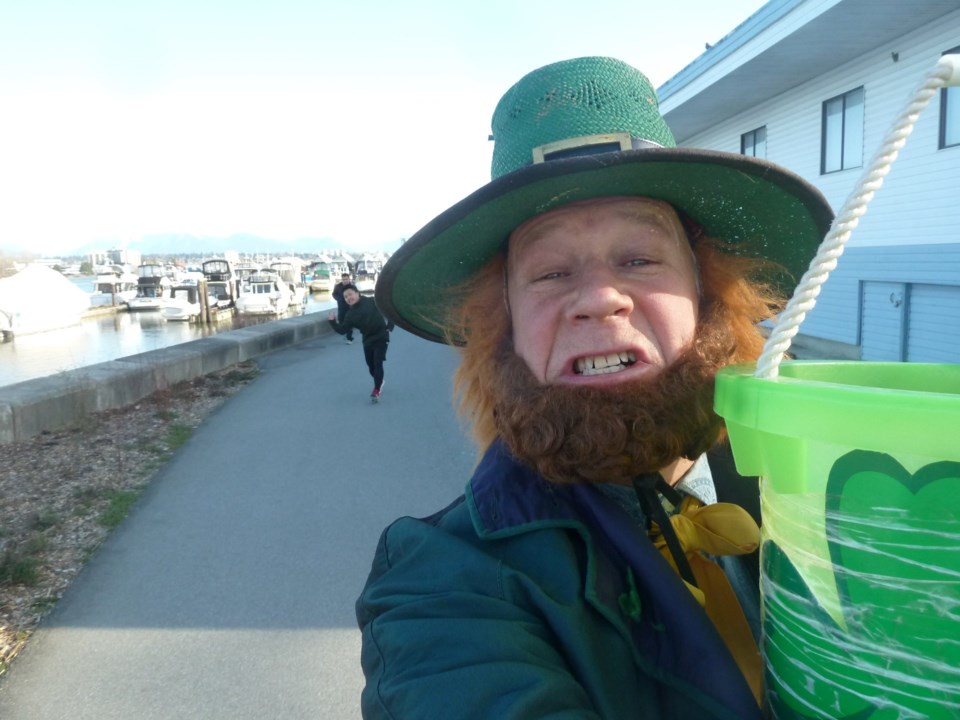 Often participating in half-marathons and other footraces like the Sun Run, Linde dons costumes to turn him into a gorilla, a chicken, a rabbit and sometimes a leprechaun or a gingerbread man. By Tilman von der Linde

"There are people that come up to me afterwards and say ‘thank you for wearing the suit I did my best to beat you I didn't want to get beaten by a guy in a costume,’" Linde said. "If I'm able to motivate people like that, to try a little harder in races, then that's all good for me, that's my win."

Linde is currently participating in a summer camp where to earn one of the badges offered he must go and pick up trash while jogging, otherwise known as plogging. It’s almost expected at this point but yes, Linde transformed into Fritz for the activity. 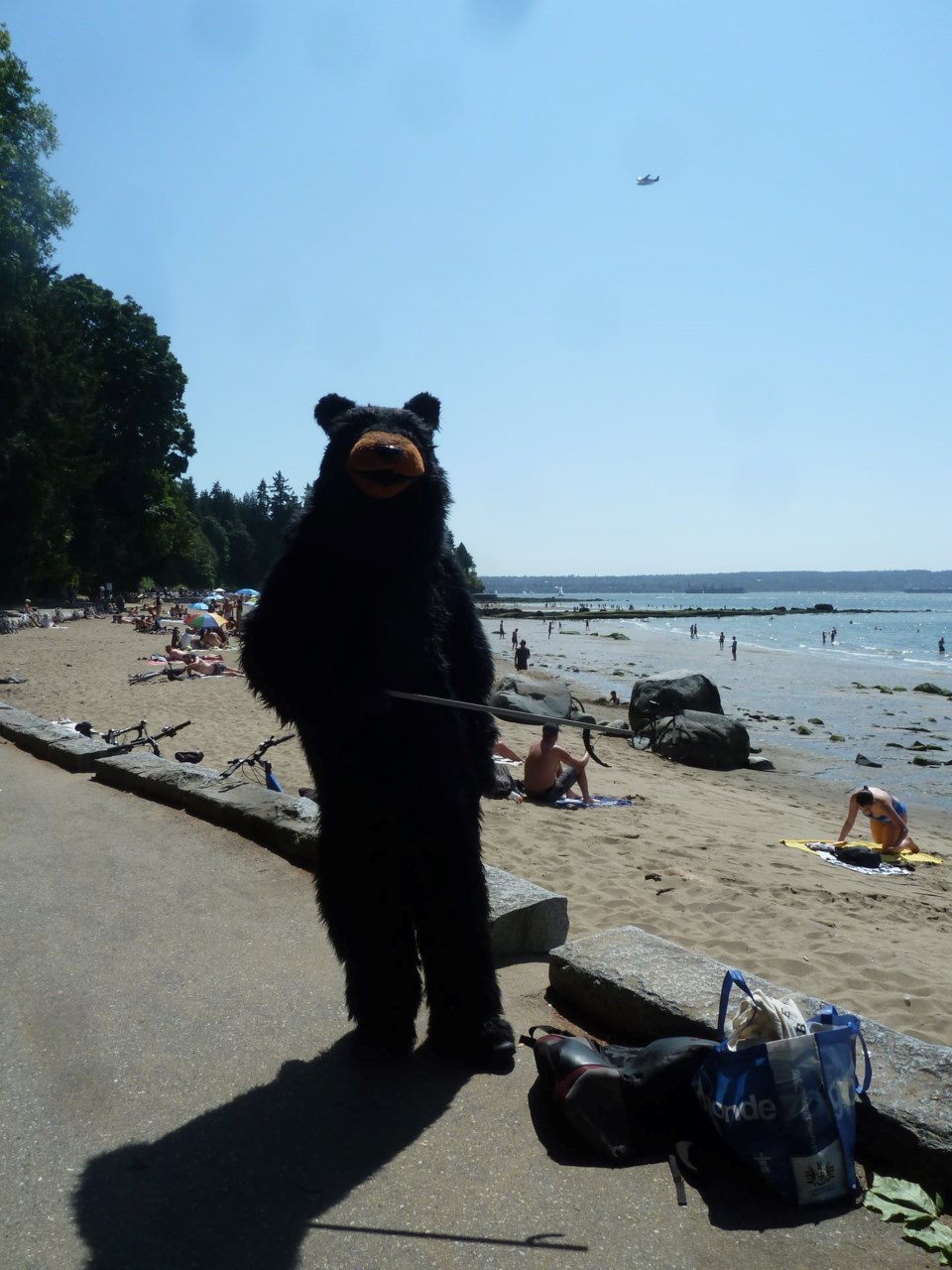 Two weeks ago he did a loop around the Stanley Park sea wall and collected 24 pounds of garbage. The following weekend he did the same near False Creek collecting 20.5 pounds of trash.

However, when Linde was finished he went back to his car, took off the bear head and put the suit in the car. After driving for five minutes he realized he had placed the bear head on the roof. Even after retracing his steps the bear head was nowhere to be found.

"It hurt for a couple of days, I was really kicking myself. Because of the amount of work it took to make that head,” he said adding he maintains a significant amount of sentimental value for it, hence the $400 in reward money for the head’s safe return.

"I'm sure that somebody has it and they're scheming for what to do for Halloween," Linde joked.

"I think the head has just gone on a little adventure, and hopefully it will come back to me and have a glorious story to tell."