New federal regulations will land in mid-July requiring airlines to help and compensate passengers stuck on tarmacs for hours, but air travellers must wait until Christmas to be compensated for cancelled flights.
May 24, 2019 10:19 AM By: The Canadian Press

TORONTO — New federal regulations will land in mid-July requiring airlines to help and compensate passengers stuck on tarmacs for hours, but air travellers must wait until Christmas to be compensated for cancelled flights.

Transport Minister Marc Garneau unveiled the details Friday morning, saying the rules and timelines aim to strike a balance between being fair to passengers and to air carriers. 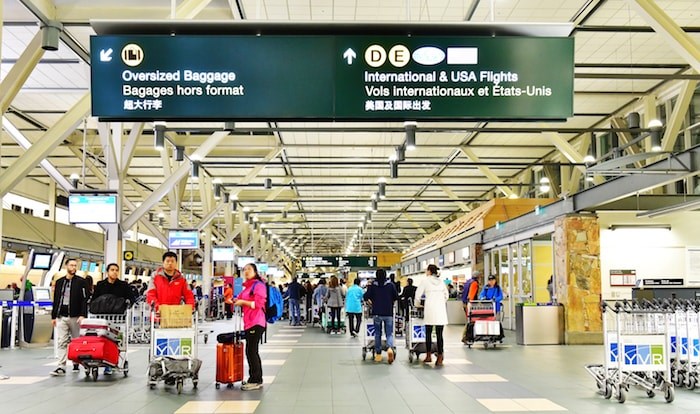 He called the rules around cancellations "more complex requirements" that require a longer runway so airlines can draw up and implement new policies.

Come July 15, airlines will be required to pay up to $2,400 for anyone who is denied boarding for situations within the airline's control, such as over-booking, and up to $2,100 for lost or damaged luggage, which is already outlined in international rules.

The new rules in the government's long-promised passenger bill of rights will also require airlines to provide passengers washrooms, ventilated cabins, food and water if they are delayed while sitting on a tarmac — a response to a 2017 incident at Ottawa's airport in which two jets sat on a tarmac for six and five hours, respectively, in sweltering summer heat.

New rules will require airlines to provide updates, and to return to the gate and let people off if the delay reaches three hours, but gives the option of a 45-minute extension if there is a possibility the plane will be able to take off.

Airlines will also have to follow new rules for allowing musical instruments on planes either as checked or carry-on baggage.

But travellers will have to wait until just before Christmas for rules requiring airlines to seat parents beside or near their children at no extra cost, as well as compensation for flight delays and cancellations within an airline's control.

Compensation will top out at $1,000 for delays of more than nine hours on a major airline, while smaller airlines, such as those that fly in the North, will have to pay passengers $500 for similar delays.

Passengers will be able to take the cash payments only after filing claims. Airlines could also offer vouchers or rebates, but the value will have to be higher than the cash payment and can never expire. Either way, passengers get to decide which they want.

Large airlines will also be on the hook for $400 along with a complete refund if a delay or cancellation scuttles more extensive travel plans.

The regulations lay out the minimum standards airlines will have to follow for situations in their control, or face $25,000 fines.