Alexandra Road is an area is enjoyed by students, who make a night of getting dinner, grabbing dessert and then singing at the local karaoke joint.
Apr 13, 2019 1:41 AM By: Megan Devlin 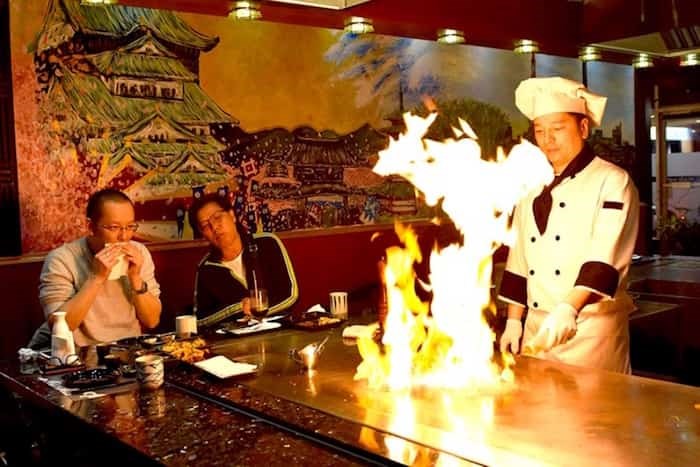 As twilight turns to evening on Richmond’s Alexandra Road, restaurants in the low-rise cement plazas illuminate, their neon signs advertising a cornucopia of food on offer.

Chatter buzzes inside, and delicious aromas leak out onto the street. This lively strip is one of Richmond’s culinary gems, known for its convenience, quality of food and the sheer density of restaurants.

No less than 44 restaurants hold business licenses on this street between No. 3 Road and Garden City Road. If you include all the eateries accessible from Alexandra but with different street addresses (like the cluster near No. 3 Road) the number in this three-block stretch rises to 75, according to Tourism Richmond. 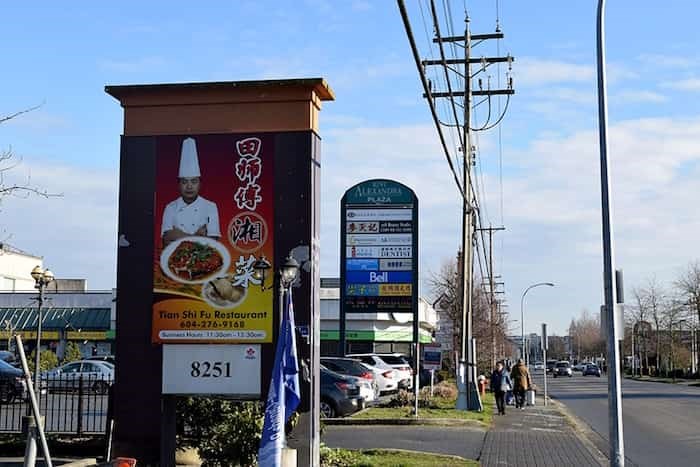 “It gets really busy at night,” said Eric Lee, manager of Taiwan Taipei Original Pot. “Which is really different from how I grew up 20 years ago. Alexandra Road wasn't really that popular. But it's played out to become one of the main foodie streets."

A 1978 aerial photo from the Richmond Archives shows only a couple of the current-day plazas, and grass that’s given way to izakayas, hot pot joints, noodle houses and dessert shops.

“There’s such a wide variety of cuisines you can find on there. That’s something you don’t really see in other cities,” said Lesley Chang with Tourism Richmond. “Restauranteurs are recognizing the power of that street in how many diners go there.”

Lee thinks business owners see the booming restaurants and want in on the action.

“I think it's just Chinese people like to clump together, you know? … We see a lineup in the next plaza, and we say OK, what if we opened a restaurant here? Hopefully we can attract some crowds too.” 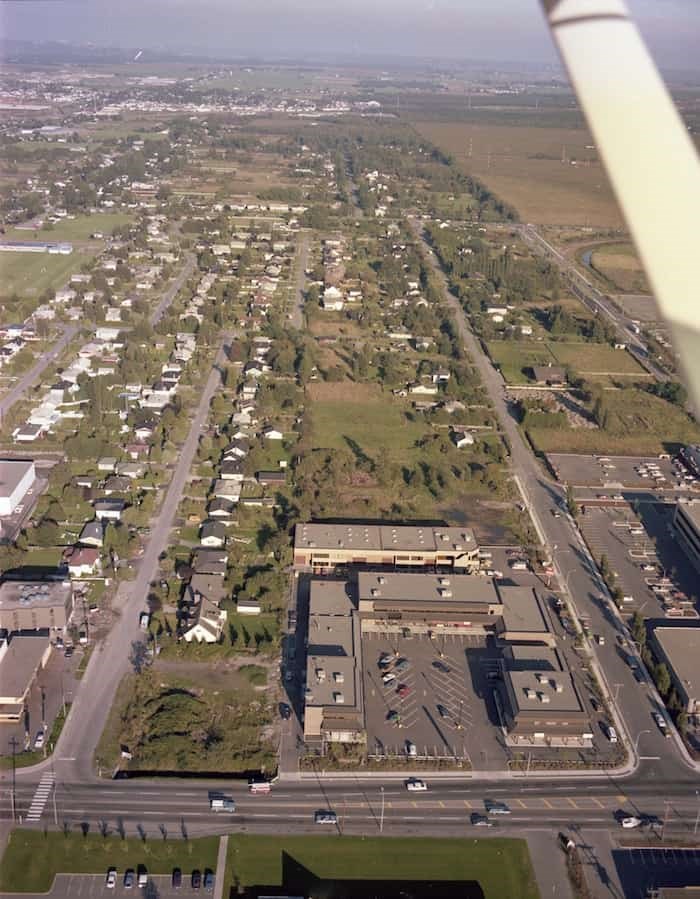 This aerial photograph was taken in 1978 looking east straight down Alexandra from No. 3 Road. Photo: Richmond Archives Photograph #1988 10 606.

On a Friday night at Lee’s restaurant, tables are filled with groups of friends, couples and adult children with their parents.

Many order the signature dish, a steel pot filled with chicken and vegetables that sizzles while it’s kept warm atop the table’s individual hot plate. The space is clean and modern, with two red flourishes decorating the white tiles above the bar.

“Even though Canada is my home, we miss the food culture from Taiwan,” Lee said, explaining why he opened the restaurant with his brother in 2014.

“A lot of places that we've been that served Taiwanese food (here) were still missing some touch. The mom flavour. The mom factor.” 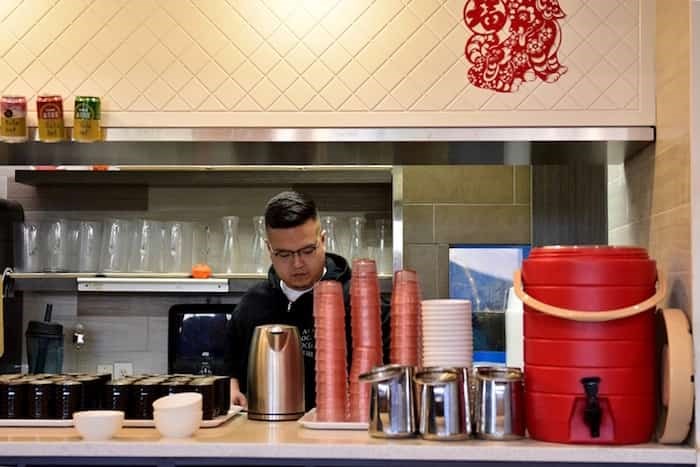 Alexandra Road is an area is enjoyed by university students, who make a night of getting dinner, grabbing dessert and then singing at the local karaoke joint. 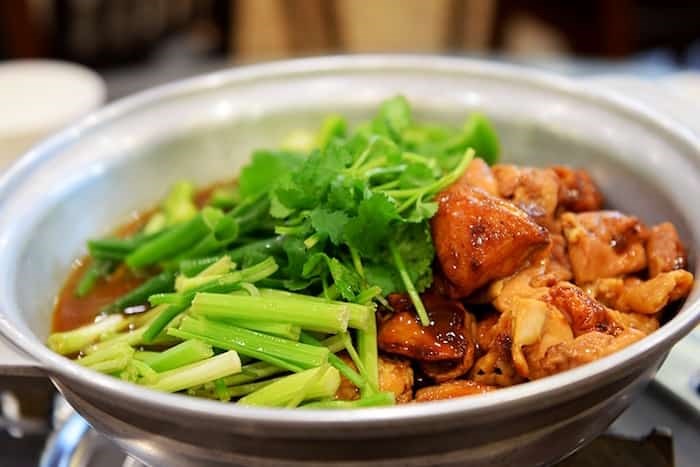 It’s a market Nelson Ou, owner of Strike restaurant, targets with his late-night happy hour specials—for the crowd that eats until he closes at 2 a.m.

“Richmond's night life is not interesting,” Ou said. “But night restaurants! With eating places, you still have lots of choice.”

Mijune Pak a judge on Top Chef Canada, seconds that.

"I would say that if you’re young and you want things that are affordable, like bubble tea and snacks and late night eats, (Alexandra is) the area to go." 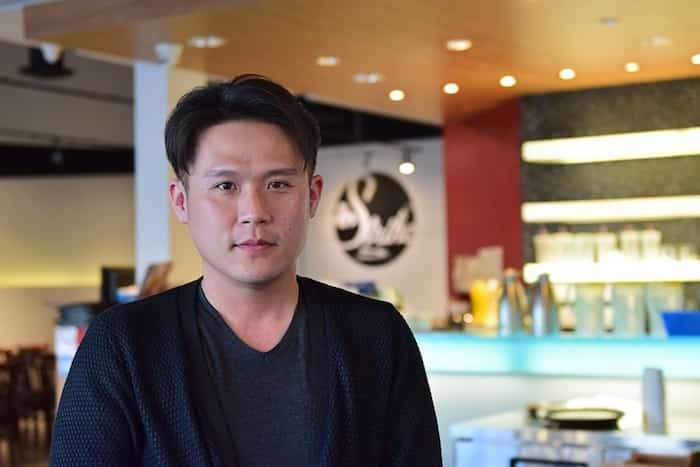 Jessie Lin, eating at Strike with her family, said she used to come here all the time when she was studying at UBC because it’s open late.

The number of restaurants along Alexandra Road doesn’t surprise her. It reminds her of roads filled with restaurants in Taiwan.

“In Asia, we have, like, food stands very close to each other. So this is like that atmosphere,” she said. 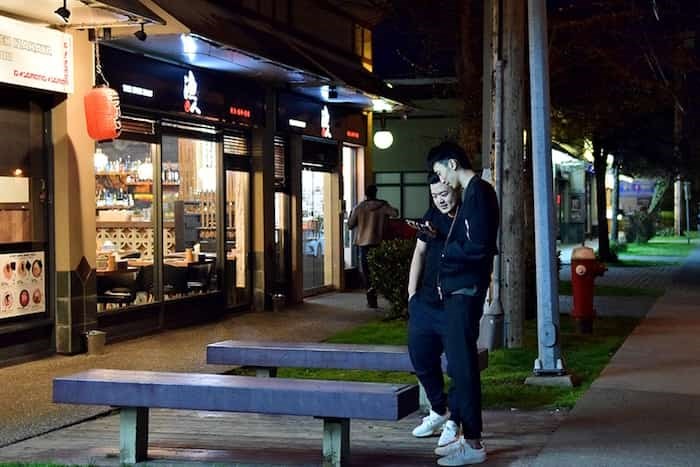 Viva Aouo waits with a friend for a table at Busy Cows. Photo: Megan Devlin/Richmond News

Restaurants from Asia also pick Alexandra as the home of their first Canadian franchises. Snowy Village, Too Two Chinese Sauerkraut Fish and Xiaolongkan are all new additions to Richmond.

Critics are taking notice of Alexandra Road too, praising both new and old establishments. In the eleven years the Metro Vancouver Chinese Restaurant Awards have been running, no single street has won more awards. Alexandra restaurants have picked up more than 30 accolades and even more nominations.

The Fish Man, opened this year, won a Critic’s Choice award for its spicy clams. The wonton’s at Max Noodle House are also award-winning.

For dessert you can grab Bingsoo, a Korean-style shaved ice treat, or try tofu pudding with taro balls at iTofu.

Try to take the Canada Line though—restaurant owners say parking can be a challenge.