January inflows into Alouette Lake are the highest BC Hydro has on record
0
Feb 3, 2020 7:15 AM By: Bob Kronbauer

If you've been to Alouette Lake in Maple Ridge you'll know two things: it's a wonderful place to have a picnic and it's a BC Hydro reservoir.

However the past few days have been far from picnic weather in Golden Ears Park which houses the lake; 112 millimetres of rain fell on Friday alone.

In advance of the storm, BC Hydro proactively released "the maximum amount of water from the Alouette Reservoir into the Alouette River and through a tunnel to the Stave Reservoir" in order to make room in the reservoir and hopefully reduce flooding downstream.

Despite taking that action, the lake rose to a point that it hasn't reached since the 1990s, and on Saturday it started pouring out over its weir and into the spillway that's designed for just this type of event.

The park's operator captured the dramatic footage of it below which they've shared with Vancouver Is Awesome.

The operator also captured a number of photos of how the flooding has affected the day use areas and the campsite at the north end of the lake. 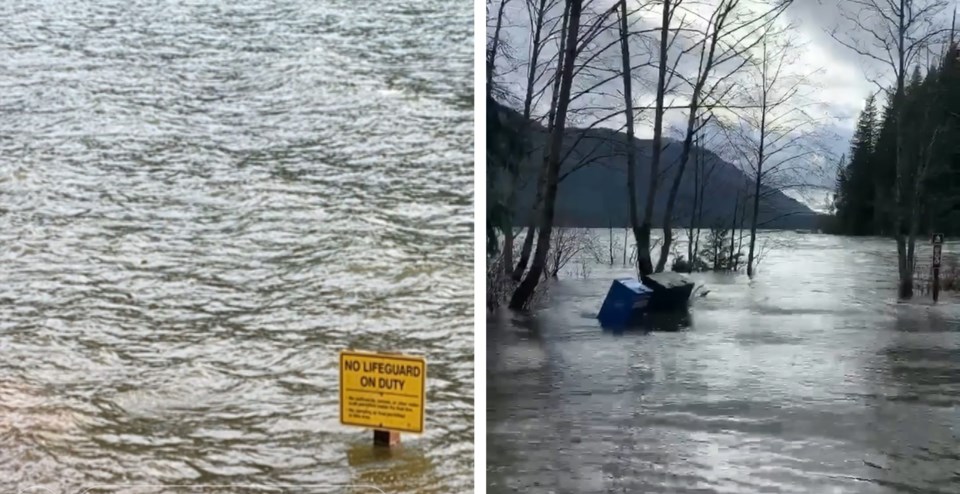 If you're looking to go see the damage for yourself, don't! The road in to the park has been closed until further notice due to water damage, which you can check out below.

Man alleges that stranger intentionally coughed in his face (PHOTO)
Mar 28, 2020 10:20 PM
Comments
We welcome your feedback and encourage you to share your thoughts on this story. We ask that you be respectful of others and their points of view, refrain from personal attacks and stay on topic. To learn about our commenting policies and how we moderate, please read our Community Guidelines.