It was a real pleasure getting to hang out with today's #ArtistAtHome.
Nov 2, 2016 6:16 PM By: Christopher Edmonstone

It was a real pleasure getting to hang out with today's #ArtistAtHome. Please meet David Beckingham of Vancouver band Hey Ocean! David grew up in England, Kenya and BC at various stages during his childhood and says that has led to an interestingly odd sense of belonging to one and all of these places at the same time. He is passionate about the outdoors and has gone on some amazing rafting trips in Northern BC. 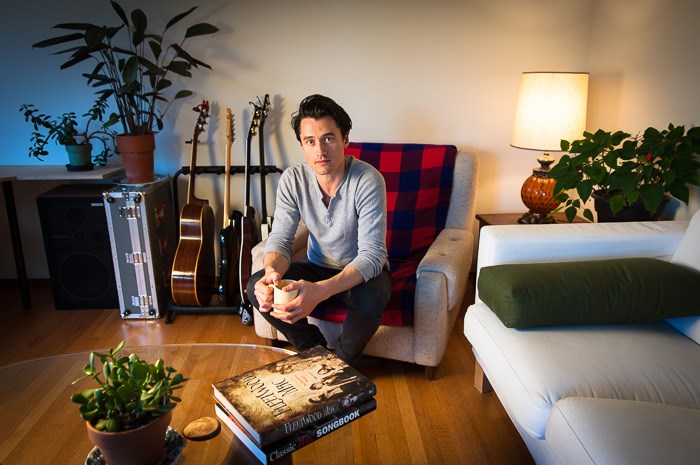 Over a year ago he suffered a huge scare with his vocal chords and narrowly avoided requiring surgery and running the risk of permanently affecting his vocal range by talking as little possible for months. David has just finished up some European Tour dates with his new solo album 'Just When the Light". This work had him recording a lot of music where he acted as an arranger and producer as well.  When David isn't working on his own music or with Hey Ocean, he also runs  'Rock Camps' for kids in grades 4-7 and 8-12 where they can learn new guitar, bass, drum, keyboard and vocal skills, form their own bands, write songs and record them.

Many thanks to David for the fine visit! Listen to him covering the The Be Good Tanyas HERE .