These baby raccoons were orphaned after their mother was trapped

Someone heard them a few days later when they were crying and calling for their mother.
Jun 1, 2020 10:48 AM By: Elana Shepert 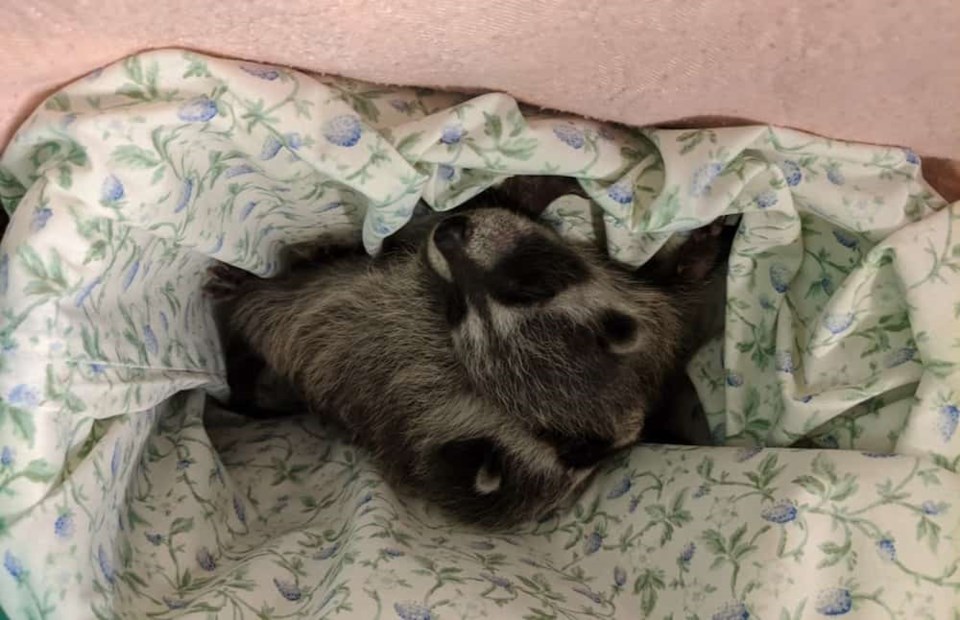 The BC SPCA reminds the public not to trap and relocate wildlife after two baby raccoons were separated from their mother.

The organization states that an adult female raccoon was recently trapped and removed from an area, which meant her two baby raccoons were unknowingly left behind.

Luckily, a good Samaritan found the orphans a few days later when they were crying and calling for their mother. Now, these two baby raccoons are now being cared for at BC SPCA’s Wild Animal Rehabilitation Centre (Wild ARC).

“When they first arrived their eyes and ears were still closed and they were dehydrated and very hungry,” says Andrea Wallace, manager, wild animal welfare. “The raccoons are now being fed a specialized diet five times a day to ensure they get the nutrition they need to develop properly.”

With this in mind, Wallace notes that the baby raccoons have “a long road of care ahead as they develop and learn how to fend for themselves. It will take until the fall before they will be ready for life on their own back in the wild.”

You can check on the progress of orphaned baby raccoons on the Wild ARC Critter Cam.

The BC SPCA says that the incident serves as a reminder not to trap and relocate wildlife away from their homes.

“This is generally not a permanent or humane solution and can not only lead to situations like leaving young behind,” says Wallace “it can also result in injury when an animal tries to escape a trap. The animal may also starve trying to find food, get into fights with other animals over territory, or spend vital energy trying to return home.” For these reasons, says Wallace, trapping and relocating wildlife is not recommended nor is it an effective long-term solution as other individuals will move in their place.

If you are experiencing a wildlife issue, check out these BC SPCA resources: