Former Nanaimo mayor Frank Ney was the race’s biggest ambassador and was known to don a pirate suit not just for bathtub race festivities but throughout the year.
Aug 10, 2018 2:57 PM By: Vancouver Courier 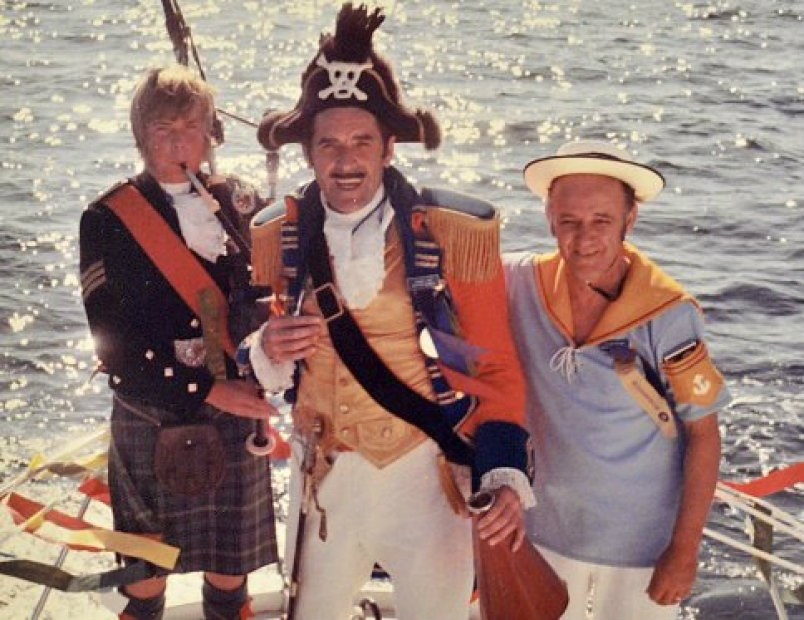 Former Nanaimo mayor Frank Ney was the race’s biggest ambassador and was known to don a pirate suit not just for bathtub race festivities but throughout the year.

Until 1996, boats raced between the Hub City and Vancouver as part of Sea Fest. After more than 20 years, the kitschy sporting event returns to the shores of Kits Beach for KitsFest.

To get you reacquainted with this ancient mariner tradition, we’ve a compiled some videos highlighting the bathtub race over the years.

The race’s biggest ambassador was Nanaimo mayor Frank Ney, who was known to don a pirate suit, and not just for bathtub race festivities.

Ney also had a reputation for being a bit of a drinker.

In the early days of the bathtub races, the ensuing festivities were a groovy affair.

Sometime in the 1980s, a Japanese TV show visited Nanaimo to shoot a travel/game show called Nakarou the World, featuring the bathtub races.

Belly flop contests were a popular addition to the bathtub races and Nanaimo’s Marine Festival celebrations, as evidenced by this feather hair-friendly clip from 1992.

But arguably, the race reached its zenith in 1986, 10 years before it stop going to Vancouver, when it was the subject of an entire Danger Bay episode called “Bathtub Race.” Somehow Donnelly Rhodes’ character “Doc” Roberts, a first time racer with one day of practice, managed to beat a field of international competitors and ring the coveted winner’s bell.

For more information, go to kitsfest.com.