B.C.’s first coffee cup recycling pilot aims to find a better solution for the millions of single-use cups that are thrown out in the city each year and end up in landfill.
Feb 5, 2020 4:07 PM By: Elisia Seeber 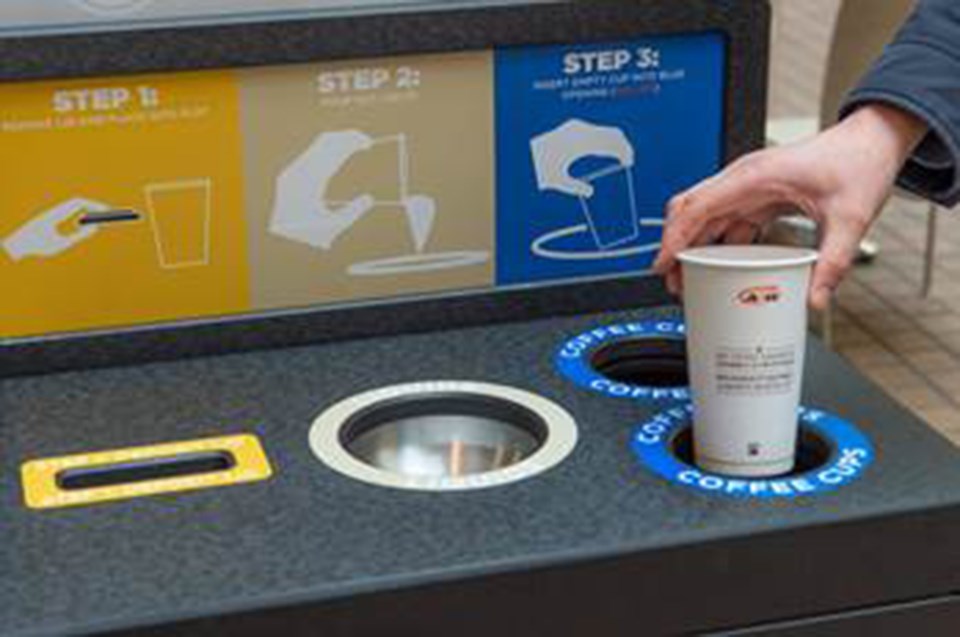 As part of the initiative, customized bins are being trialed as a new way to collect disposable coffee cups in the city. Photo: Return-It

B.C.’s first coffee cup recycling pilot aims to find a better solution for the millions of single-use cups that are thrown out in the city each year and end up in a landfill.

While used coffee cups are currently collected and recycled through the province’s residential recycling program, more than half of the cups that are disposed of in the garbage are coming from industrial, commercial and institutional locations and public spaces.

Return-It, a not-for-profit with a focus on beverage container management, and Metro Vancouver are working alongside big fast-food chains Tim Hortons and A&W Canada to find the right solution to divert the mass of used cups coming from public areas from landfill.

As part of the initiative, customized bins are being trialed as a new way to collect disposable coffee cups in the city. The bins offer three sections, the first for the lid, the second to empty any remaining coffee, and the third to place the cup. 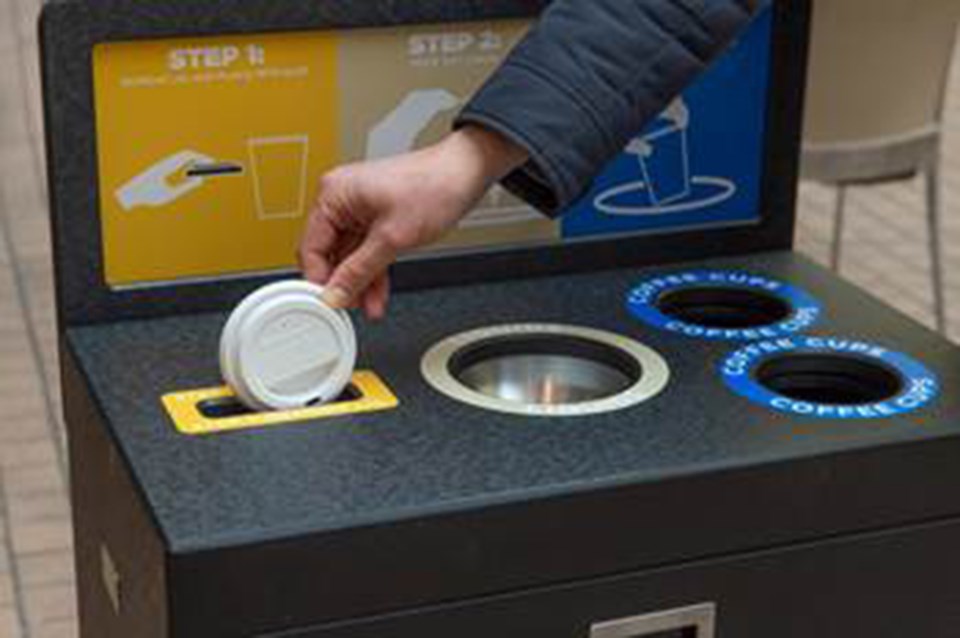 As part of the initiative, customized bins are being trialed as a new way to collect disposable coffee cups in the city. Photo: Return-It

The waste collected will later be tested to help develop new recycling solutions.

Allen Langdon, President and CEO of Return-It, said the initiative reflected the public demand for convenient recycling systems—with a Research Co poll finding the vast majority – 83 per cent – of Vancouverites believed the foodservice industry should provide recycling options for their single-use cups.

“The world’s attention is increasingly focused on the need to reduce waste, and the same goes for B.C.,” he said.

“Our province has always been at the forefront in recycling and diverting waste from landfills within Canada, so pioneering this program in Vancouver represents a natural progression in our leadership role.”

City of Vancouver councillors have also come out in support of the pilot.

“At last count, Vancouverites were throwing out 2.6 million poly-coat paper cups a week,” he said.

“These cups represent a significant amount of otherwise recyclable material that is heading to landfill or the incinerator. Ultimately, we need to change our relationship with single-use items – but in the meantime, diverting this stock from the waste stream is an essential intervention.”

Meanwhile, fellow Vancouver councillor Lisa Dominato said innovative partnerships like this "will not only help us divert these cups from landfill but also complement the City’s current efforts to achieve zero waste through recycling.”

The six-month pilot – which accepts all brands of coffee cups – will include a market analysis to determine the long-term viability of a broader program.

The five collection sites and public recycling bins can be found at the following downtown Vancouver locations:

Members of the public are encouraged to check Return-It for the latest bin locations.