"Anyone who was at that dental conference needs to self-isolate immediately, they should not be at work, at school or around others."
Mar 16, 2020 11:33 AM By: Elana Shepert 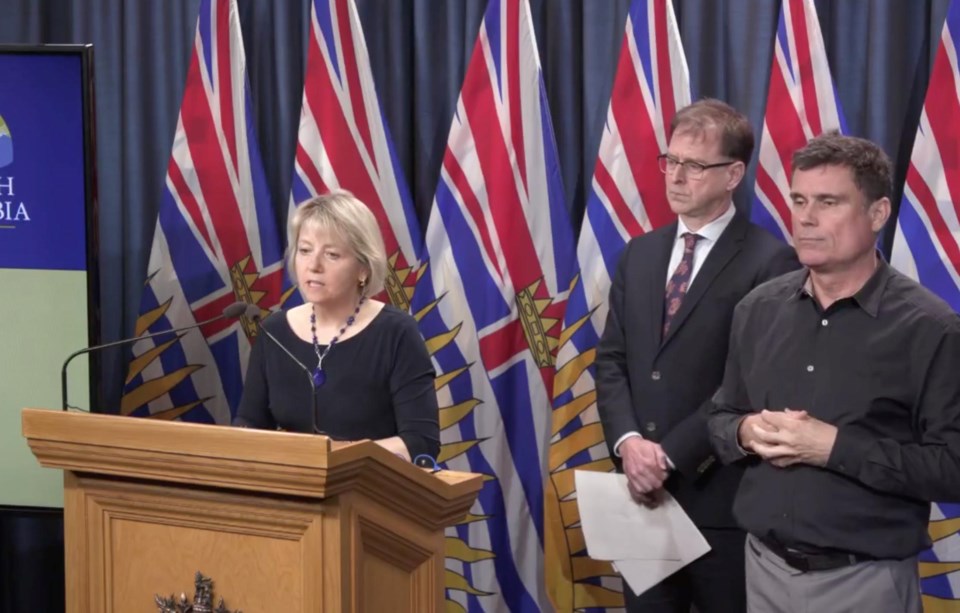 There are now 103 cases of the coronavirus (COVID-19) in B.C., after health officials announced 30 new cases Monday.

"It has been a challenging weekend," Henry stated gravely as she began the conference.

"The sad news is, we've had three additional deaths, that have been reported over the last few days, and all of them have been residents of the Lynn Valley Care Centre where we have been dealing with an outbreak," she said.

She adds that there are six people in hospital now, but that everyone else is in stable condition being managed at home.

"This is the critical time where we are starting to see people who attended the conference starting to turn up with illness."

Henry reports that authorities are in active discussions regarding how to best manage school operations to protect both school and staff.

As of late Sunday night, Henry says that people are being directed at Vancouver International Airport that they must practice self-isolation for 14 days when returning to B.C. However, she adds that the, "good news is that people that we are seeing who have been travelling internationally have relatively mild disease and are staying at home."

Henry confirmed last week that event organizers would have to cancel all events with over 250 people. Now, she states that all gatherings of 50 people or more must be cancelled. She notes that the order is aligned with ones taken south of the border in the US.

"This is not forever, but it is important for now," she underscores.

Henry also states that scheduled surgeries will be cancelled across the board and hospitals will take additional actions to priotize urgent patients. The health authority will also step up action to protect seniors in long-term care facilities.

"I'm asking everybody in British Columbia to do our part to support each other as we get through this crisis in the next few weeks. We will continue to keep you updated," she stated in a closing remark.

Minister of Health Adrian Dix added that the College of Pharmacists has been directed to refill prescriptions without requiring an additional doctor's note.

All casinos have been directed to close until further notice to reduce the risk of COVID-19 transmission.

"We will be closing our borders to people who are not citizens or permanent residents of Canada," said Trudeau. Currently, the exceptions to this will be air crews, diplomats, immediate family members of Canadian citizens, and U.S. citizens.

- With files from Lindsay William Ross.

'Suspicious activity': TransLink temporarily disables some payment options on Metro Vancouver transit
Dec 2, 2020 1:09 PM
Comments
We welcome your feedback and encourage you to share your thoughts. We ask that you be respectful of others and their points of view, refrain from personal attacks and stay on topic. To learn about our commenting policies and how we moderate, please read our Community Guidelines.