A BC Ferries crew rescued a boater in high winds and rough seas on Monday night.

The ferry Coastal Celebration, which runs on the Swartz Bay-Tsawwassen route, came to the rescue of a pleasure vessel that was in trouble near Moresby Island, northeast of Swartz Bay. The 24-foot vessel was sinking about 6:30 p.m. and as Coastal Celebration approached Swartz Bay, its crew was alerted to a mayday. 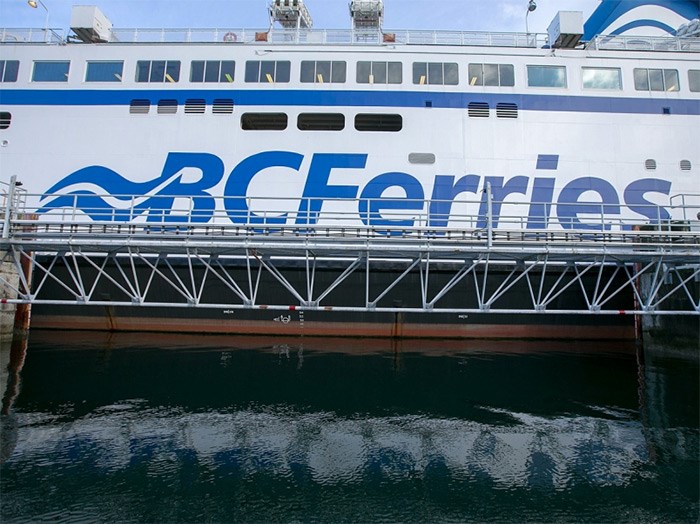 Crew members from the ferry launched a rescue craft and sped over to save the boater, who wasn’t injured, CHEK News reported.

“It was going down and people were wondering if the coast guard would possibly get there in time,” witness Robin Junger, who was on board the ferry, told CHEK News.

“You could see the waves were terrible, it was horrible conditions, and the BC Ferries guys saved this guy literally seconds before it sank. It was incredible, it was really incredible. It takes a lot of guts and I hope people appreciate what they did.”

No one was injured, said BC Ferries spokesperson Deborah Marshall. “Our crew was able to rescue the boater and it ended up being our last sailing of the day," she said.

Because of the strong wind, BC Ferries cancelled its Monday night 7 p.m. and 9 p.m. sailings in both directions between Swartz Bay and Tsawwassen.

“The safety of passengers and crew is of primary importance to us,” B.C. Ferries said in a statement. “We don’t take the decision to cancel sailings lightly, as we know customers rely on us to get to their destinations.”

Sailings between Horseshoe Bay and Departure Bay were able to continue.

BC Ferries sailings on Monday night were also cancelled or delayed on the Tsawwassen-Duke Point and Comox-Powell River routes.