Fill 'er up: These B.C. gas stations have dropped under a buck a litre 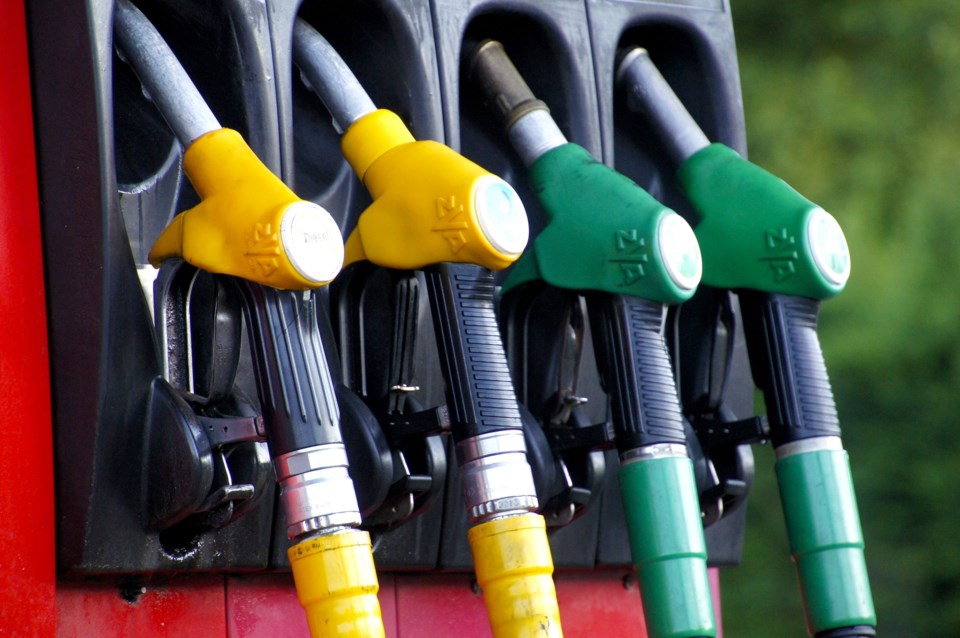 Want to fill up your tank without breaking the bank?

While you'll pay a pretty penny for gas in Vancouver, residents of the Okanagan Valley are enjoying the lowest prices in the province. In fact, four gas stations  in Penticton alone are currently asking under a dollar a litre.

Kaleden is also offering gas for under a dollar a litre at the Petro Canada at 210 BC-97 S near Larch Ave.

Gasbuddy.com has included these low-cost contenders in a top 10 lowest gas prices in B.C. list. 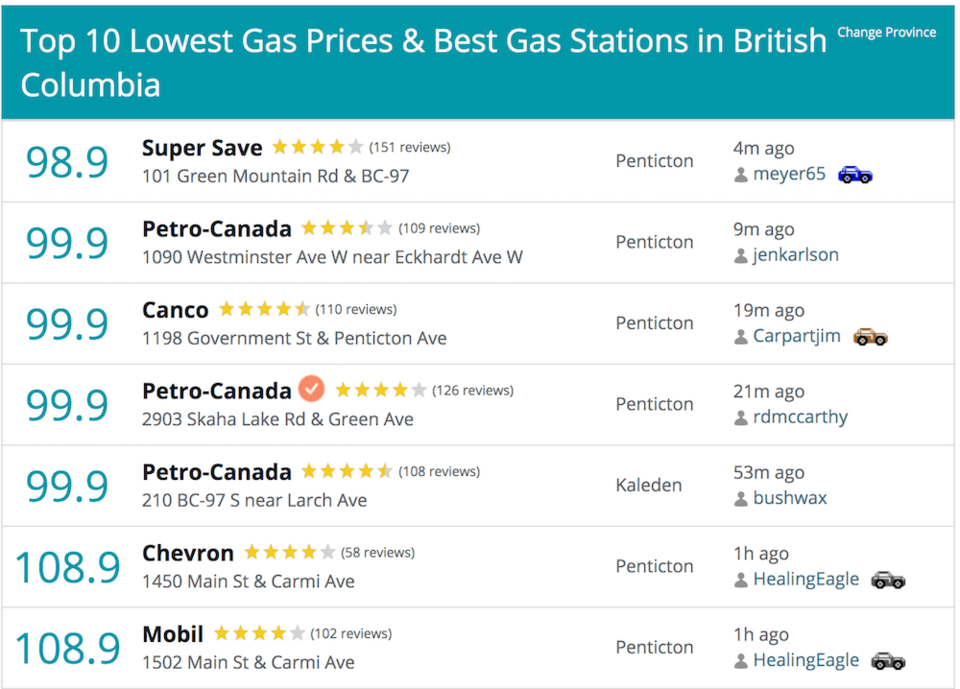 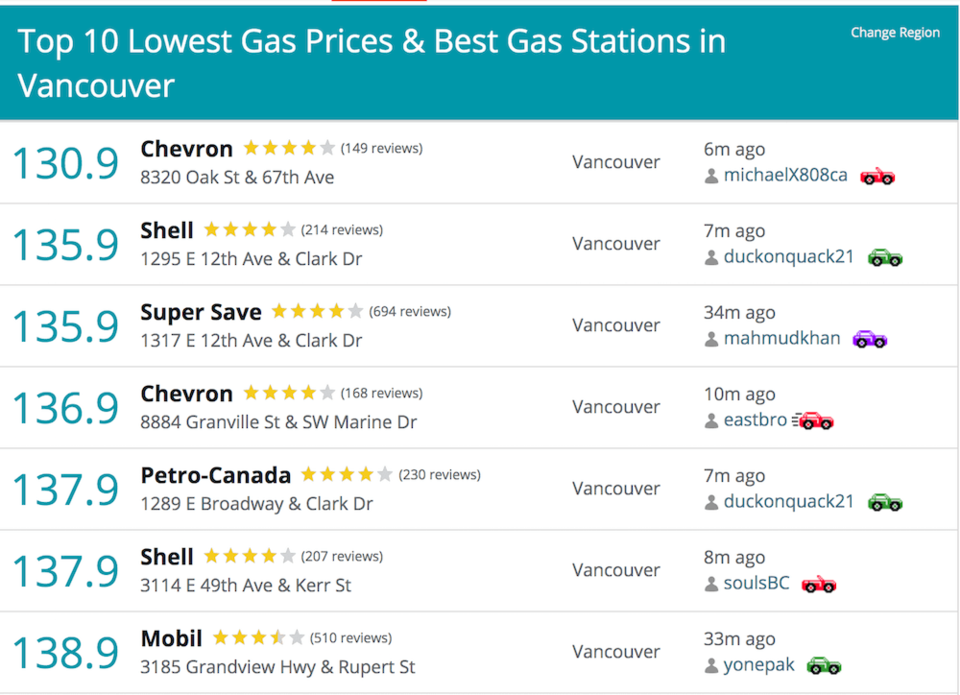