The wife of a B.C. police officer diagnosed with terminal brain cancer has issued an emotional plea for donations to fund surgery in the U.S. that could potentially treat his condition.
0
Nov 7, 2019 3:16 PM By: Elisia Seeber

The wife of a B.C. police officer diagnosed with terminal brain cancer has issued an emotional plea for donations to fund surgery in the U.S. that could potentially treat his condition.

Abbotsford father Ryan Masales, 45, known to friends as ‘Chopper,’ has been fighting an aggressive stage four brain tumour since September 2016, but despite ongoing treatment the cancer has continued to grow. 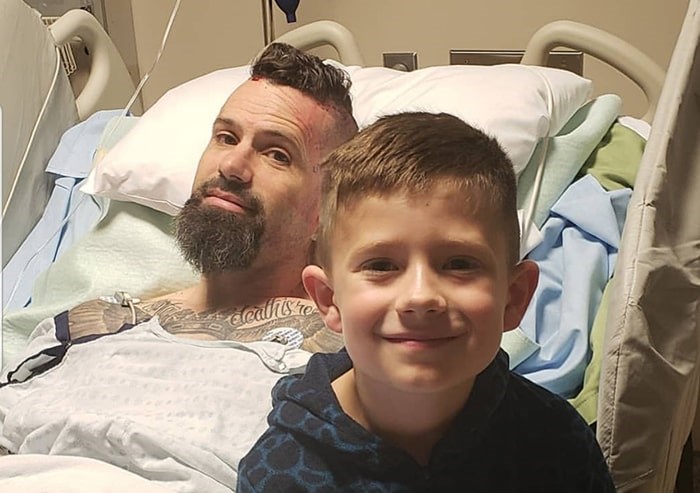 Estelize Masales said they had exhausted all conventional treatments for her husband's type of cancer — Glioblastoma Multiforme — available in Canada and had now turned to the U.S. for options.

“A genome map of Ryan's tumour shows that he has the biomarkers for a Phase 0 study being performed at the Ivy Brain Tumor Center in Phoenix, Arizona,” Masales wrote on a Gofundme page set up to support Ryan.

“This means that the treatment there could possibly be extremely effective in treating his deadly condition.”

The treatment involves brain surgery, an MRI and several blood labs that will cost the family approximately $200,000 in Canadian funds.

Masales said MSP would not provide any funding for the treatment, but she is determined to raise the money needed for her husband, who has spent his career serving the community as a police officer. Over the years Ryan has worked for the Abbotsford Police Department, the Vancouver Police Department, the Combined Forces Special Enforcement Unit and the BC Undercover Program.

“I am extremely disappointed that our government will not support someone who has served this country and who deserves to fight for his life — This treatment being our last resort,” Masales wrote.

“Ryan spent his career as a police officer keeping the community safe, putting his life on the line, on many occasions, to save that of others. Now that he is fighting for his own life, I feel that he deserves help.”

She said she was grateful for all who had contributed to the fundraiser and for those who were sharing Ryan's story.

"I appreciate it from the bottom of my heart," she said.

The family has also organized a fundraiser — ChopperFest 2019 — at the Legacy Sports Centre on Dec. 6. The night is set to include music, drinks and a silent auction. 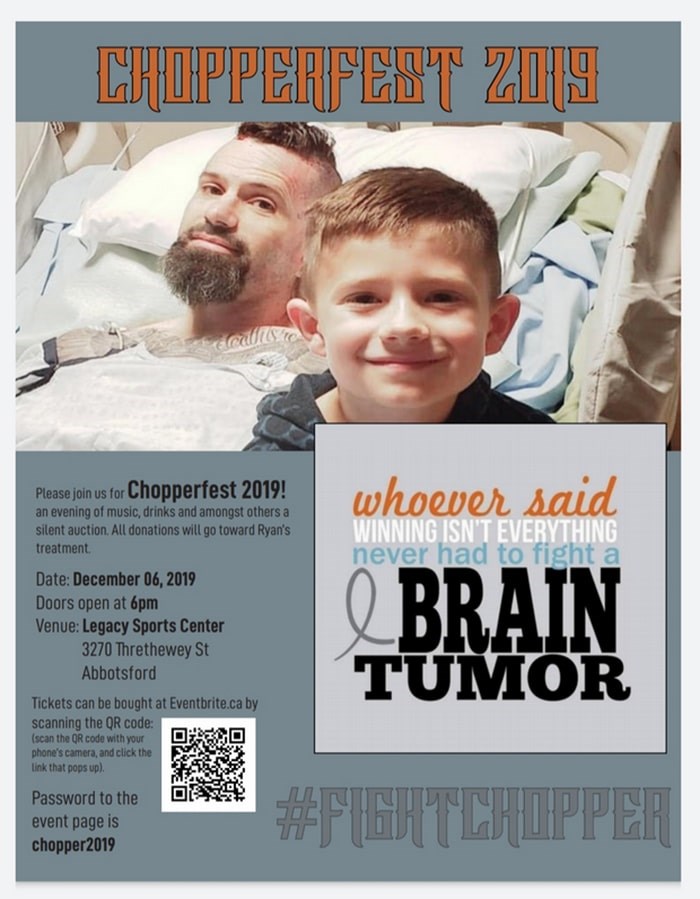 The family has also organized a fundraiser — ChopperFest 2019 — at the Legacy Sports Centre on Dec. 6.

So far $66,000 has been donated to the cause. Donations can be made at the Gofundme page Fight Chopper. The family is also accepting interac e-transfers to estelize@gmail.com.