B.C. suing Alberta over law that could cut off oil, gas to B.C.

Alberta Premier Rachel Notley The B.C. government has filed a constitutional challenge of the new Alberta law that could be used to cut off oil and or gasoline to B.C. And while B.C.
May 22, 2018 1:24 PM By: Nelson Bennett 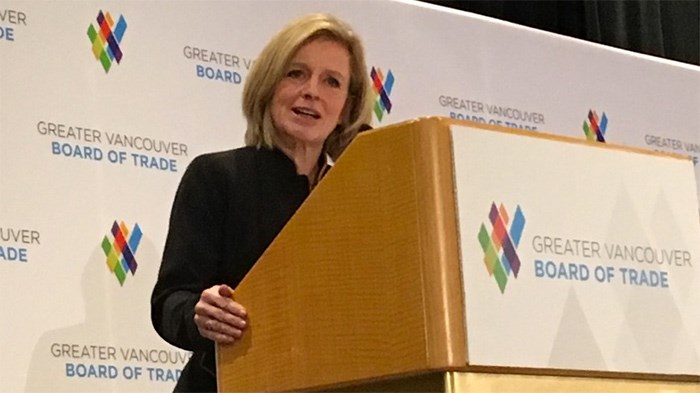 The B.C. government has filed a constitutional challenge of the new Alberta law that could be used to cut off oil and or gasoline to B.C.

And while B.C. attorney general David Eby said he doesn’t think Alberta has the legal authority to use the new law to throttle B.C.’s fuel supply, he confirmed that B.C. is looking to other suppliers outside of Alberta in the event B.C. were to suddenly find itself cut off from Alberta oil and gas.

“The government is looking for alternate sources of refined products to ensure that harm in British Columbia is minimized, if Alberta attempts to use this and we’re unsuccessful in an injunction application,” he said in a press conference Tuesday May 22.

Eby was addressing a claim that it filed today in Court of Queen’s Bench in Alberta. B.C. is asking the Alberta court for a declaration that Alberta’s Bill 12 is “inconsistent, in whole or in part, with the Constitution of Canada and is of no force and effect.”

Bill 12 received royal assent on May 18. It would use licensing to control the exports of oil and refined fuel products. Alberta Premier Rachel Notley and other Alberta cabinet ministers have made it clear that the law is directly aimed at B.C., and is a direct response to the B.C. government’s attempts to halt the $7.4 billion Trans Mountain pipeline expansion from moving ahead.

Meanwhile, the B.C. government also has asked the BC Court of Appeal for a reference decision to determine whether B.C. has the constitutional authority to restrict the flow of diluted bitumen from Alberta through B.C.

Should B.C. lose its reference case at the BC Court of Appeal level, it could appeal to the Supreme Court of Canada.

“We’ve time and again called for the federal government to elevate all legal disputes regarding our draft legislation, Alberta’s new law, to the Supreme Court of Canada to offer certainty, finality and a faster process,” Eby said. “And Canada continues to refuse this request.”